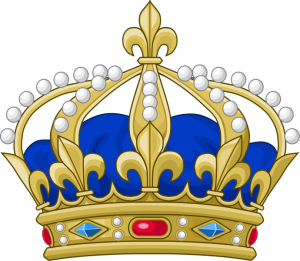 Thanks to Sharon Condrey, Director of Tax Compliance and Payroll at UR, for nominating this one. I’d previously covered the term synecdoche, and our term this week seems similar, at least at first blush. My earlier pick could indicate something smaller representing something bigger, such as “boots on the ground” for an Army. That’s also the sense of our word this week.

Yet synecdoche can also mean something bigger representing something smaller, as in the rotten error too many students make: “Society will not accept that change,” when they really mean “A majority of voters at this point in our history, and living in one particular state, will not accept that change.” In my classes, such papers lose 10 of 100 points for each such error, and the writers have one week to remove the error for a regrade.

Not so with metonymy, a usage that rarely leads to sweeping generalization. As the OED notes, metonymy involves “substituting for a word or phrase denoting an object, action, institution, etc., a word or phrase denoting a property or something associated with it.”  Thus “the gridiron” can be used to talk about the game of American football, or “the press” for print-based media outlets who now have Web pages, video streams, and more. Likewise, at the time of writing, we are still awaiting results from “the ballot box,” when voting these days appears in a variety of forms, many electronic.

I suppose that student writers might run into trouble with metonymy if overused. It could lead to lots of repetition if a writer talking about a conflict between a monarchy and parliament used “the crown” 12 times in a paper. “Synonyms are wonderful things, students,” I’ve been known to quip, “but using them well requires slowing down and giving a damn.”