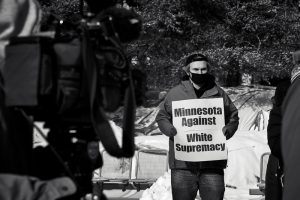 It’s an ugly term now, but at one time, it meant something more condescending than violent, though often violence got justified by the perceived superiority of one race over others.

We have bandied this phrase about a great deal this year on campus and outside the campus gates. In my post I’m not so much pointing fingers as I am exploring a question: where and when did these words first get paired? When did they first acquire a negative connotation rather than a patronizing one?

As usual, I begin with the OED. a first recorded usage appears in the 1824 publication Emancipation, nine years before that occurred in the British Empire. I lack enough context to judge the nature of the quotation, “It may be too late by any means, however wisely and honestly attempted, to reduce them to order and obedience under White supremacy, or even among themselves.”

Presumably, the author writes about those soon to be emancipated. If that were the context, it is condescending: what would come to be called “the white man’s burden” for the recently enslaved becomes one of making these people docile and obedient. That presumes they are less civilized than the author of the piece.

On the other hand, the next OED example casts white supremacy in a negative light. In Thirty Years in India, H. Bevan writes that “The security of our empire in the East would be greatly strengthened if..our functionaries would abandon, or at least conceal, those notions of White supremacy, which are frequently absurd, and always offensive.”  The quotation dates from 1839.  Certainly, by the 20th Century, our term became associated with hateful ideologies.

Who first coined the phrase remains obscure, though I’m certain scholars have unearthed that first instance and its growth afterward.

Bevan had a more modern vision of what we today decry, than did others of the era. Today our term has a nearly universal association with hatred, bigotry, and fascism, excepting those extremists and terrorists who view it in a positive manner.

So where will our term go in the future, as both Europe and the United States become majority-minority societies? We shall see.

Image of protester courtesy of Lorie Schaull at Flickr. 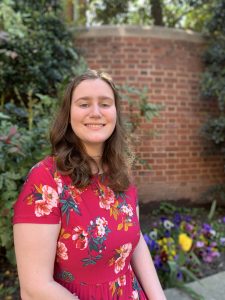 One of the author’s most difficult decisions every April is to announce which of our Writing Consultants has been selected for our award.

2021 was not, however, a difficult year, as our recipient Annalise Mangone received nominations twice last year, from both a faculty member and a writer she assisted. This year, she received two more, from different faculty and student recommenders.

Annalise trained with me well before the pandemic and she was an anchor in my training class and frequently demonstrated her intellectual curiosity beyond the job of Writing Consultant. She participated in events sponsored by the Center, including fiction readings off-campus by writers of science fiction and fantasy who came to campus for my class, Reading SF & Fantasy.  During the early part of the pandemic, she often dropped in for my “wine and whine” evening Zoom office hours, an event aimed at bringing some coherence back to a scattered workforce anxious about ongoing events on and off-campus.

When working with students at the Center or in classes, she proved her mettle as an enthusiastic helper. I asked her to describe her time among us, and she noted, “In terms of what I recall most about UR, it has always been how kind and encouraging the faculty have been. In all of my classes, my faculty have been truly devoted to making sure that we are learning in interesting and effective ways, and especially this year have been supportive of all of my many research interests and endeavours.”

That British spelling works well and it stands as Annalise wrote it. She will be completing an MSc program at Oxford in Anthropology next year. I am both jealous and disappointed in one regard: when I finally walk the upper reaches of the Thames Path in a few years, ending it at Oxford, Annalise won’t be there to give us a tour.

In terms of her work with writers, she notes that “I always say that I love being a class Writing Consultant because it gives me the chance to ‘audit’ courses that I would not otherwise have the opportunity to experience, and I think that curiosity has guided my course of study in anthropology and leadership. I love exploring the many different theoretical frameworks of the field as well as carrying out my own research into topics like stress management in extracurricular clubs or chaplaincy and spirituality in Richmond area hospitals.”

That sort of passion for learning makes Annalise stand out even in a year with many other strong candidates for the award. We wish her every success in the wide (and finally, opening!) world beyond our campus gates. 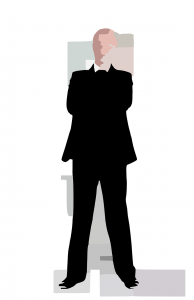 Hat tip to Robyn Bradshaw for nominating this fancy way of saying “obstinately disobedient; uncooperative, refractory; objecting to constraint or restriction.” That’s the OED’s first definition for a word that comes to us from smack-dab in the Age of Reason, with a first recorded use of 1797.

In terms of our current campus debate, a refusal to listen to petitions, votes, and common 21st Century sense marks that recalcitrance of one side or both, depending upon your perspective.

I side with our Black students, so my bias should be clear as to who is not listening to reason. Yet the word proves a useful alternative to ones such as “stubborn,” “close-minded,” “pompous,” “megalomaniacal,” “arrogant,” “disdainful,” “disrespectful,” even “self-righteous.”

There are other rude synonyms I will skip, as I’m fond of the Age of Reason and fonder still of being politic about these matters. What I say aloud and in private are of little concern here. 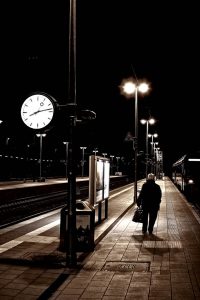 In the prior post I discussed a word for crossings: ford. Today’s word is longer, and currently, more poignant in describing a transition. We are using it on our campus to discuss the decision by some students and faculty not to participate in uncompensated activities that promote our university.

For a time I considered ending this blog until student voices were heard about several demands, including the removal of buildings named for a slave-holder and a supporter of eugenics.

Instead, I’m going to take a different tack. As events play out on campus, I plan to affiliate this blog with words related to the long struggle for equality by marginalized people. This will keep me busy even as I work on more tangible projects to help

Disaffiliate is not a pretty word, and it rings as hollow as lots of 20th Century terms with their origins in bureaucracy. The noun form indeed comes from that era of “gray flannel suits” but the verb is far older, with the OED giving us a first recorded use of 1863. The example proves as colorful as anything else in the satirical magazine, Punch:

The wretched Lodge of Foresters who ‘continued their festivities’ after the murder, will of course be dis-affiliated by the rest of the body.

The definition of our word has not changed for more than a century and a half, to “end or remove the official connection of  to an organization.” In that regard, this post can simply end here. What, however, does the verb mean in the context of a particular institution or culture?