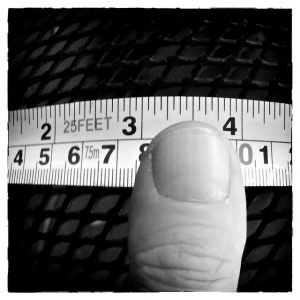 We say “rule of thumb” for an approximate measurement or rough guideline when we are uncertain, yet there’s a big misconception about this metaphor’s origin. The OED Online advises readers that “A suggestion that the phrase refers to an alleged rule allowing a husband to beat his wife with a stick the thickness of his thumb cannot be substantiated.” Wikipedia’s entry likewise calls this a “modern folk etymology.”

A quick Google search revealed a 1998 article from The Baltimore Sun, where writer Stephanie Shapiro, noting an earlier debunking by William Safire, states that “In the Encyclopedia of Word and Phrase Origins, ‘rule of thumb’ is additionally defined as a method by which brewers once tested the temperature of a batch of beer: They dipped a thumb in the brew.”

I know one fellow who works in the brewing industry. That rule of thumb no longer applies, if it ever did. Whether that origin from the field of zymology is true or not, I enjoy redeeming a useful metaphor like ours.

Perhaps we need a better rule of thumb for judging words and phrases in fraught times, before we condemn them? 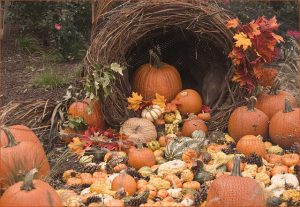 I don’t hear this wonderful word much anymore, so I thought to trot it out for the week after Thanksgiving, when we enjoy a feast of plenty. What of the word that means “horn of plenty”? It may appear in seasonal imagery, but like last week’s word, it has faded from popular usage. The OED Online gives it only four of eight for frequency of usage.

As with so many words here, the history of use can only be traced to the early Gutenberg years, or 16th Century. I imagine our term enjoyed popularity before, as the concept comes from pagan Antiquity, noted in the OED entry as “the horn of the goat Amalthea by which the infant Zeus was suckled.”

We might see the image of a horn of plenty advertising specials for Thanksgiving at supermarkets, but the lovely Latinate term? That seems rare today.

Enjoy your holiday feasts and do not overdo it. There are ancient stories about that, as well. 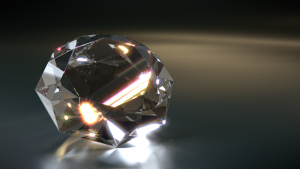 As I write this, the gloom is almost palpable outside. We have heavy rain and lowering clouds. It is far from a fulgent day.

Writing Consultant Griffin Myers suggested the word after she encountered it, as we do with so many interesting terms, in a class. The OED Online has it listed with a “frequency band” of only 2 out of 8, meaning such words “occur fewer than 0.01 times per million words in typical modern English usage. These are almost exclusively terms which are not part of normal discourse and would be unknown to most people.”

So our word may be on the way out the door with many other ancient but lovely adjectives.

The OED’s usages vary. Wordsworth once described sunset in terms of it begin “the fulgent West” and a century later, a writer for Ebony noted a musician’s “fulgent keyboard technique.”

But the core sense of “bright,” “shiny,” or “glittering” remain, even if this word itself fades. 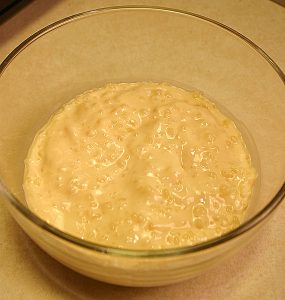 A colleague, Dr. Ted Bunn in Physics, recently used our word to describe a “anodyne word” that lets a disturbing idea be described in a soothing manner. I knew the word but not its usage or history; Ted suggested a medical origin.

He’s correct. The OED Online lists several definitions, all about a procedure or medicine that eases pain, the oldest dating from the 16th Century. Only more recently has the word come to include anything that may avoid a strong response. It can mean something so inoffensive as to be bland, the cafeteria pudding of language.

Here’s a humorous example the OED provides from 1991 by Joanna Trollope, where “Celia and Elaine were having a carefully anodyne conversation about the church fête.” That is a conversation guaranteed to avoid an argument.

Anodynes are more than synonyms or euphemisms. They mask something, often with the worthy intention of maintaining harmony. Here’s an example I just invented, using anodyne expressions to cover up a really awful situation: “Management concluded to end our relationship with BigCo, our current vendor of bathroom supplies. That decision was made in the general interest of all our employees and the many visitors who use our hygienic facilities. The repeated difficulties with BigCo’s toilet tissue led to several quite vocal remarks to our staff about the lack of quality assurance at BigCo’s manufacturing plant.”

I let your imagination do the rest. The word “difficulties” is a perfect anodyne term.  So is “hygienic facility” or, for that matter, “restroom” in place of the British-English “toilet.”

Business writing is full of anodynes. It can be dreadful, but sometimes such language proves very useful. Consider what you have to write on a sympathy card. Mostly, however, anodyne words get in the way of making a point clearly and succinctly. At worst, they become parody or lies: “We value your call.”

I actually do value your input! Please nominate a word or metaphor useful in academic writing by e-mailing me (jessid -at- richmond -dot- edu) or leaving a comment below. 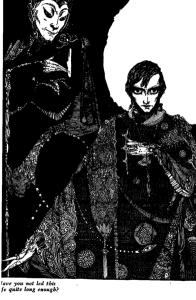 The Devil. Old Scratch. The Prince of Darkness. And so on. We have more names for Lucifer than we do for varieties of cheese. Even for a being I do not believe exists, Satan and his methods provide us with more metaphors than did most folk who ever lived among us.

Enter Faust and his Faustian bargain with the powers of darkness. I learned of him via Christopher Marlowe’s excellent play, Doctor Faustus. Others have met the legend through Goethe’s plays or not at all, in literature at least. Yet we have a wonderful literary metaphor that has endured, thanks to an academic who wanted to know more than permitted. Through Mephistopheles, Faust got power and knowledge, but in the process he made a terrible bargain.

The play is far older than the usage history in The OED Online. The real Johann Georg Faust lived not that long before Marlowe, and his legend grew over the centuries, though today it’s only we academics and our students (how appropriate) who might know something of his origins.  To Marlowe and his contemporaries, the stories of Faust’s death in an alchemical experiment gone wrong, his body horribly mutilated, only deepened the mystery.

I find it interesting indeed that our metaphor, suggesting a bargain too terrible to make long-term, yet made anyway for immediate gain, has no OED entry. Nor do I find it in my print dictionaries. I would enjoy knowing who first coined the term, and when.

Whatever the origin of the term or its history, be careful when sealing any deal. I have heard the term used flippantly, for used-car buys that went wrong or credit-card debt foolishly or desperately taken on at usurious rates. More seriously, it has described alliances between great powers, treaties signed that should have been shunned.

Faust also gives us an appropriate metaphor just before an election.