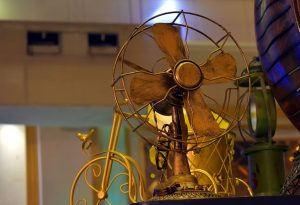 No, you will not find this one in the OED. Yet this term may not only be sadly relevant for November but also it has a mysterious history. Finally, I find it a writerly challenge to post about a curse-word without cursing. Here goes.

I ran across our metaphor in Martin Clemens‘s nearly lost classic memoir, Alone on Guadalcanal. He was a British “coast watcher” who stayed behind when Imperial Japan occupied the island. After many tribulations, Clemens and his group of indigenous Melanesian scouts met the US Marines, who landed to liberate the island in 1942.

The Marines were in a tight place, being bombed around the clock, subjected to suicide charges, then bombarded by Japanese warships at night. The see-saw war went on for months, on an island ripe for Malaria, known for venomous snakes, and ringed by waters full of sharks. While in the Marine base, Clemens heard and recorded in his diary a bit of American slang that has continued to our day, for when excrement manages to contact a rotating air disperser.

The term often gets dated back to Norman Mailer’s excellent, if gritty, novel of the Pacific War, The Naked and the Dead. Clemens’s usage predates Mailer’s, showing the military origin of the metaphor. Gary Martin of Phrase Finder, where a post appeared about our scatological metaphor, found a recorded use in 1943 and notes a possible Canadian origin from the 1930s.

I’m willing to bet that it goes back to the first USMC unit that had an electric fan in their barracks. If you know enlisted Marines, you can imagine what followed. 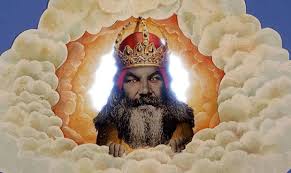 Usually, I think of Latinate words as a means to elevate the register of my writing. Those terms simply sound more formal. They are not, however, our only option. It’s hard, for a moment, to think of words from Hebrew that have entered formal writing, yet every day that I log onto one of our university servers I see it.

So what is a shibboleth? It’s more than the name of a campus computer a communications protocol. The OED helps a great deal here, as the word changed meanings over the centuries. The term, itself hard enough to pronounce, originally meant a term that foreigners would have a tough time pronouncing. That could “out” a spy or at least show who was who in ancient times. Then the meaning morphed, to eventually become a custom or habit that acted as a shibboleth. Another branching meaning came to mean a taboo, in the sense of a “moral formula” one must follow to become part of a sect. Consider Islam’s and Judaism’s bans on eating pork.

This sense of the term extends beyond matters of religious faith. Consider, for either of our political parties, that certain positions and slogans are sacrosanct (a nice word for another week!). Defy them and you are shown the door.

Update 10/29/20, thanks to Lee Parker, UR Information Services: “Within the IT realm, Shibboleth is the name of a specific single-sign-on ‘custom or habit.’ Shibboleth allows you to maintain fewer usernames/passwords. . . . This is analogous to using your driver’s license to buy beer: the state validates your age so each store doesn’t have to do so independently.”

What are your shibboleths? Which have you abandoned?

And why name a computer Shibboleth?

Image of Karl Marx God from Monty Python and the Holy Grail, because it’s the best movie version of the Almighty, ever. And I break several shibboleths by posting it. 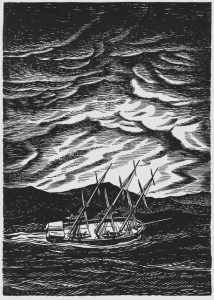 I suspect we will encounter this word frequently as the election approaches, both about the outcome and other events, for good or ill, on and after election day.

The word has the ring that Latin-derived terms bring to serious situations. And the portents look as serious as our nation’s current troubled state. But what is a portent, itself?

The OED’s first definition bears repeating in full: “A sign, indication, or omen of a momentous or calamitous event which is about to happen.”

Not all portents portend terrible events. There can be portents of rainy weather ahead, if one knows how to watch the clouds and winds.

Pope, Faulkner, Milton, and other writers in whose shadows we live all used the term well. Have a peek at the OED’s definitions. It’s one of their better entries.  Synonyms are tough to find that have the same power: Melville tried it with the chapter called “Loomings” in Moby Dick: it does capture the sense of a ship suddenly appearing out of a fogbank.

“Augury” is another possibility, from telling the future by watching the behavior of birds.  The OED notes that other natural signs can be employed.  My other possible synonym, Omen, works well but it reminds me of a particularly terrifying 1970s horror film.

What is coming at us, out of the fog we traverse? Watch the portents. One or two will be accurate.

For what it’s worth, as I’m tracking how Grammarly rates my own writing, my tone is “sad.” Now that’s a bad portent for November 3.  But it’s also informative and mostly formal. That’s the best I can give you today. 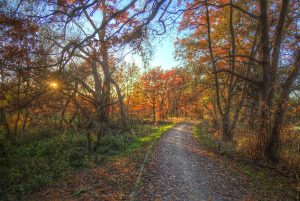 We are well past the Autumnal Equinox now, but I do love this adjective enough to trot it out before Old Man Winter arrives, such as he is in these days of global warming.

The term itself stretches back to the Medieval “Little Ice Age,” with the OED giving us a first recorded usage in the year 1400. It has been used as a noun in times past; it rarely appears as such today.

Our word offers more specificity than does autumnal, the subject of a 2018 post. As the months of October through May mark my favorite time of year–I despise hot, humid weather and always have–I like to find words that conjure the mood of wood smoke from the stove we use to heat our farmhouse, stew in the dutch oven, the chirping of the last (or first) crickets.

Enter equinoctial, of Latin derivation, referencing the time around the Spring or Fall equinox.  It can also point to regions near the planet’s equator. That sense applies to days and nights being of equal length.

And hot as blazes. Get out in our cooler weather and take some socially distanced walks. This is the time for them.

PS: Apologies for a now corrected spelling error! WordPress lacks a spellcheck and I prove notoriously bad at finding these, even when reading aloud. I’ll report separately what I think about Grammarly’s plug-in for the Chrome browser.

Send forceful words and metaphors to jessid -at- richmond -dot- edu. See all of our Metaphors of the Month here and Words of the Week here.