I enjoy a spooky post for Halloween, so this year to follow our 2018 Metaphor The Dark Night of the Soul, I have a word useful all year long.

Odd little boy that I was, I could not wait every month to grab a copy of Famous Monsters of Filmland, a black-and-white magazine covering horror films. One cover’s image stayed with me a long time: the image of Mr. Sardonicus, a man who suffers to terrible a scare that his face gets twisted into an eternal, Joker-style grin. There is nothing happy about such a fate.

But is that “smile” of his really “sardonic”? Absolutely. According to the OED Entry, laughter or a smile meets the definition if done in a “bitter, scornful, mocking” way.  That would also describe a great deal of humor in otherwise scary movies.

As one might guess, the term sardonicus provides the original for several words in Romance languages, as well as our English term, with usage first recorded in the 17th Century.

May all your goblins and ghouls bring only treats on October 31, and no sardonic tricks. Our blog is back from Fall Break. Has Fall Break become a paradigmatic part of student life? I suspect that I just misused an honorable academic word, as many others have done, so let’s look deeper.

I learned the word from Thomas Kuhn’s 1962 book,  The Structure of Scientific Revolutions, where the author notes:

Attempting to discover the source of that difference [between debates in the sciences and other fields of study] led me to recognize the role in scientific research of what I have since called “paradigms.” These I take to be universally recognized scientific achievements that for a time provide model problems and solutions for a community of practitioners.

Kuhn’s 1957 book, The Copernican Revolution, does an even better job of explained one particular “paradigm shift.”  After we had a sun-centered model of our solar system established, we never really could go back.

The adoption of Kuhn’s idea in the nearly 60 years since has been astounding, from boring corporate Powerpoints to often opaque, and occasionally silly, literary theory. Before Kuhn, however, what was the status of this overly popular term?

The OED traces our word to “post-classical Latin paradigma,” meaning an example. Examples range back to the 15th Century. I’m surprised that the entry’s usage frequency is six of eight. The definitions clarify what sort or example a paradigm can be. It’s closest to Kuhn’s notion as a “pattern or model, an exemplar.” Kuhn’s own usage for science gets its own set of definitions. I hope that this sense of the word endures. Kuhn, in defining paradigms, provides us with a paradigm for academic immortality, the best any scholar can hope to have in a busy world.

Use our word carefully. I write a bit for Hemmings Motor News, and I and other readers recently sparred over misuse of the word “iconic” in regard to car designs. Now I think that some designs, say the Jaguar E-Type, are paradigms: they establish a pattern that every other maker of sports cars tries to capture.

In terms of pronunciation, remember “brother, can you spare a dime?” from the Depression-Era classic? That’s your clue.

Spare us a few words and metaphors useful in academic writing by e-mailing me (jessid -at- richmond -dot- edu) or leaving a comment below. 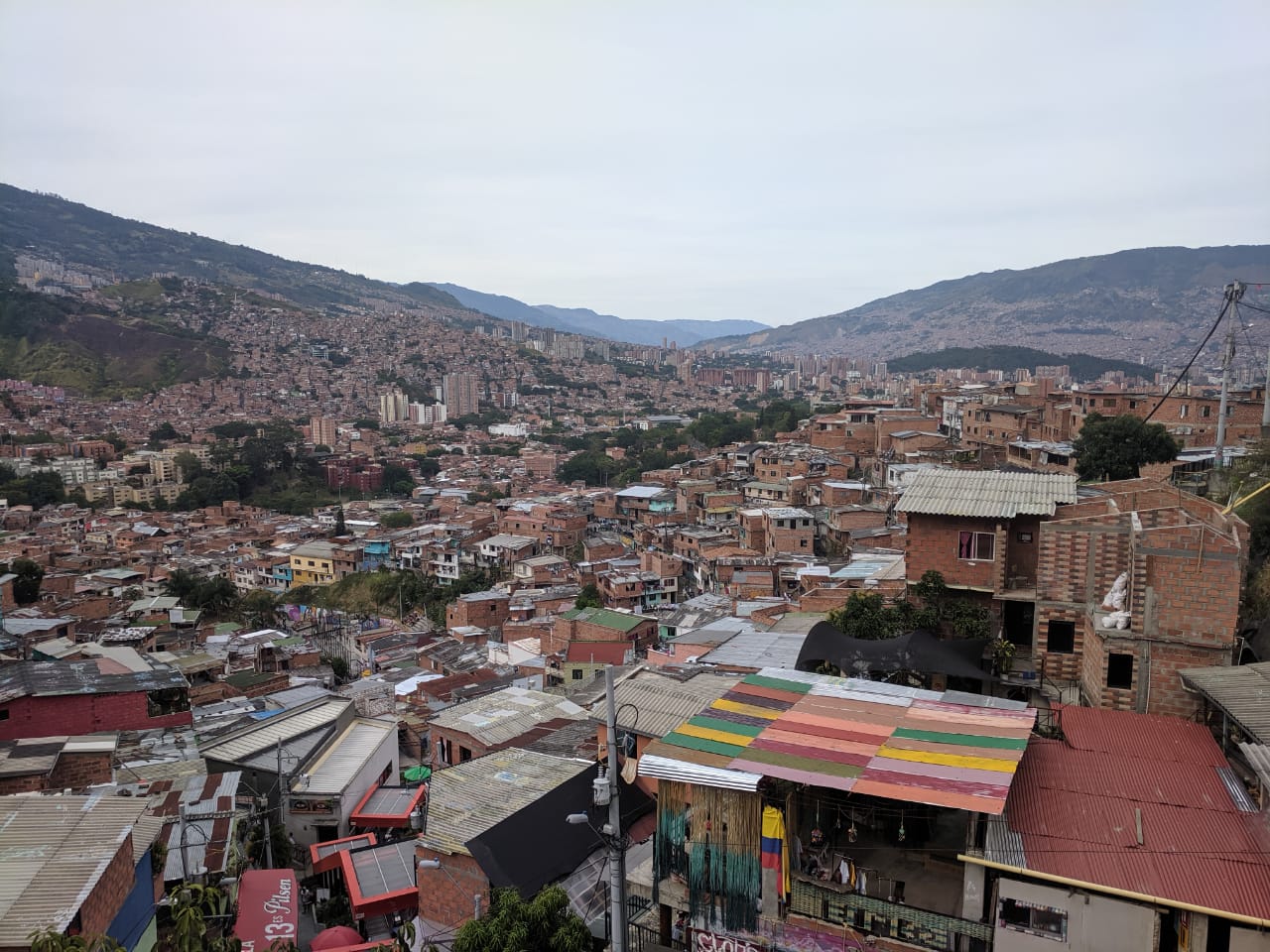 Image and story by Meghann Lewis

My work as a Writing Consultant gave me the confidence to enter the world of teaching beyond the University of Richmond. In fact, “Writing Consultant” was the position that I listed first while applying for teaching jobs over this summer.

After a fairly lengthy application process (finding jobs in South America while still living in the States is no easy task!), I landed a job at a small English-teaching company in Medellín, Colombia, where I will work part-time as I complete a 10-month research internship in the field of public health. I’m three weeks into my new job, and I have already applied so many tactics that I used every week in Boatwright 180.

Many of my students here are just beginning to learn English, so both their speaking and writing contain quite a few errors. Although it is tempting to overcorrect these students, I make myself think back to Dr. Essid’s mantra “the Writing Center is not a fix-it shop!” I know that “fixing” each and every small spoken mistake of an A1 or A2 English language-learner doesn’t do much good.

Rather, I single out repeated errors as a means of creating teaching points that will really stick with the student—that way, they can build upon their new language skills with each lesson. Additionally, working in the Writing Center with international and study abroad students (many of whom spoke Spanish as their first language) helped me build communication skills that I use with my Colombian students.

Even though we don’t speak the same first language, we are able to have productive lessons, relate to one another, and have a good time. I am grateful for the skills that I gained from working at the University of Richmond Writing Center; I truly will carry them forward and continue to develop them wherever my teaching jobs take me! Ever wondered why we say “The Press” today, when so much news is not printed? It’s an example of synecdoche. Lee Chaharyn, of UR’s Collegiate Licensing & Special Projects, nominated this excellent word. Though not part of my everyday parlance, it serves a wonderful purpose. I hope to use it; no other word quite fits its meaning.

The word reared its head not long ago. In what may soon be forgotten amid a tumult of worse news, a media event involving a Sharpie marker provided a synecdoche for how the Executive Branch of government conducts business.

Whatever you thought of that news item, it did bring a worthy word back onto stage. A 15th Century loan-word from Latin, as the OED puts it, synecdoche occurs when a “more inclusive term is used for a less inclusive one or vice versa.” Only examples suffice here:

In academic writing, it’s wise to avoid some examples like the last. They can lead a novice writer into sweeping generalizations such as “Society supports stronger protection for minors.” I find it hard to believe that 300-million-plus Americans could agree to anything, in 2019. So qualify that claim or be ready to pile on credible evidence.

There are few alternatives to our Word of the Week. It’s not quite accurate to use “microcosm” as a synonym for synecdoche, since a microcosm works only one way, showing how something  particular can represent something general, as in “the convicted teacher’s constant drinking served as a microcosm for all the problems at the dysfunctional school.” One cannot reverse “microcosm” as one can for synecdoche, without employing the less-common “macrocosm.”

We might fall back on “symbolize” to represent how a part can indicate something about a whole, but reversing it, so “the gridlock in Congress symbolized the troubles in the Smith family” makes no sense. Mr. Smith may have gone to Washington, but. . .

“Embody” might bridge the gap, as in “the gridlock in Congress embodied so many smaller problems,” yet that use of “embody” bothers me. I’d prefer precision or a different synecdoche.