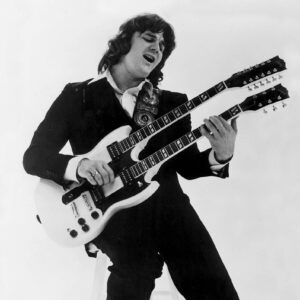 I almost had an answer to a question that haunts every fan of classic Rock: what IS “the pompatus of Love” from musician Steve Miller’s song “The Joker”? I recall debating it over bags of Doritos.

Then, as I drove back from the Shenandoah Valley with Sirius XM on, DJ Earle Bailey announced he had solved the mystery. Like me, he claims to enjoy the OED and put in the word. It came up an old term related to pomp, splendor, or ceremony. Finally the riddle resolved for the many Space Cowboys, Gangsters of Love, and Maurices of the 1970s who have been dying to know the truth.

So I tried. Not a sausage, as the Brits say. Crickets, as we Yanks say (who do not play Cricket). Earl, check your sources! Steve Miller, looking like a sober, trim, and non-evil version of another Steve who once advised a former President (and who is sadly still around), talks to Jimmy Fallon about how he made up the term here. He says he misunderstood a term from an old doo-wop song.

You can also read the etymology of this made-up term here, one Miller based upon another musician’s “nonce word” (now I have learned something). In fact, I’ll add a new category of posts for these invented terms traceable to a clear origin.

I’d love to feature more nonce words. Got some? Got any words or metaphors? Be you picker, grinner, lover, or sinner, send me  all your pompati, or is it pompatuses?