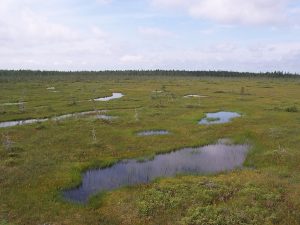 This post is a tough one to make, as it comes on the heels of the Taliban victory in Afghanistan. I’ve heard our two-decade involvement in that nation called a “quagmire,” and often wondered where we got this word, so often used metaphorically.

We have lots of words for swampy ground: wetland, marsh, bog, fen, morass, mire. Some like “mire” have a negative connotation, implying getting stuck, sinking, drowning perhaps. My guess was that the “ag” ending implied a Scottish origin; the Morag is a monster from Loch Morar, after all: a less-famous version of Nessie.  We have those “hags” of magical origin, too. And haggis. Don’t laugh, as it’s something I came to really like during my Scottish walking trip in 2014, to the point of eating it with all three meals one day.

A look at the OED entry parts the mists to reveal not a monster of Scottish origin or a broomstick-rider but a variant spelling from the 16th and 17th Centuries: wagmire. A “quag” is, however, a rarely used word for a marshy spot.  It’s likely a regional English term, as is mire or “myre” in older spellings. That word came from Scandinavia in dragon-prowed longships.

Why we need quag and mire together? It’s rather like saying “Marshy swamp” or “boggy marsh.”  Perhaps the intention was to imply how dangerous a particular wet place could be. We will never know: the answer sank in the quagmire long ago and has been obscured by the marshy mists of millennia (and really bad alliteration). 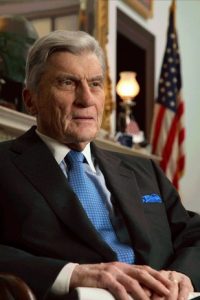 Professor Joe Hoyle in Richmond’s School of Business nominated this word, noting that in a column about the death of former Virginia Senator John Warner, “the journalist used patrician, mien, stentorian, and comity in a single sentence.  For newspapers today, I thought that was mighty impressive. ”

As do I. Warner earned all those adjectives, but comity above all. He was a man whose long career exemplified comity, which The OED defines as “Courtesy, civility, urbanity; kindly and considerate behaviour towards others.”

We could use more comity, its first usage noted in the 16th Century, in our angry modern times.

Somewhere around here I have a letter Warner (or at least his staff) wrote to me about his decision not to support funding for the International Space Station. I strongly wanted it built, and in my letter I said that Warner would no longer have my vote unless he supported a robust program of human-crewed space exploration (I’m as big a zealot as Elon Musk for settling the Solar System beyond Earth).  Warner’s reply was so temperate, so reasoned, so full of comity in admitting that our disagreement could be civil that I did pull a lever for him once more, in 1996. My wife voted for Mark Warner in the election, another Senator I greatly admire today. We still joke about our two-Warner household.

I chose Joe’s pick because we begin a school year after a great deal of strife on campus over institutional racism, the pandemic, and more. Perhaps it’s a vain hope, even a fool’s hope, that like John Warner, we can learn to reach across the divides between us to hear each other’s stories, even to agree to disagree.

Now for an entry on “stentorian.” That’s a word I have long wanted to cover. If you have words or metaphors to share, contact me by e-mail (jessid -at- richmond -dot- edu) or leaving a comment below. 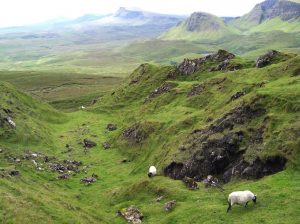 Now that classes are about to resume on our decidedly Harry Potter campus, I’ve been reading the third of J.K. Rowling’s novels. I’m not a huge fan of the series, but it has been light summer fun.

It’s inevitable that Rowling gets contrasted, often unfairly, to work by an earlier British fantasist, J.R.R. Tolkien. We already have “Hogswartian” or “Potteresque” in the language, though I’d hoped to find “Rowlinsian.” The latter would be my preference, to honor her work and influence.

Old J.R.R. need not worry about adjectives named for him, though he now resides in what he would probably call “The Undying Lands.” The Oxford Don’s fiction generated an adjective that provides our Metaphor this month. I’ll think of it often as we get those golden hours at daybreak and dusk, once the weather breaks near the Autumnal Equinox. I associate “Tolkienesque” with glimpses of faraway mountains, groves of ancient trees, or the slanting golden light that always seems to be falling in Rivendell or Lothlorien, or perhaps on the walls of Minas Tirith, just before Sauron’s darkness descends for the awful battle there between good and evil.

You know a Tolkienesque landscape when you see it. I suppose a slag heap that reminds one of Mordor suffices, too, but usually, I hear the metaphor applied only to dreamy or ruggedly awe-inspiring places.

Tolkien’s friend and renowned fantasist C.S. Lewis beat us all to the punch, in 1950 no less, by calling something “Tolkienian,” a form now apparently falling out of use. By The OED’s reckoning, our spelling of the metaphor first appeared in 1970, about the time that the Counterculture’s fascination with Middle Earth blossomed into a cottage (or at least Hobbit-hole) industry that continues today, thanks to Peter Jackson’s films. Things Tolkienesque got spurred on by his tremendous LOTR trilogy and they survived his lamentable Hobbit films.

A few other writers, such as Virginia Woolf (Woolfian), H.P. Lovecraft (Lovecraftian), and J.G. Ballard (Ballardian) have been so honored. Shakespearean? Miltonian? These enjoy long and respected usage.

I hope your Fall semesters are as epic, if not as dangerous, as Frodo’s journey through Tolkienesque landscapes.

Tolkienesque landscape, Isle of Skye 2014, by the author