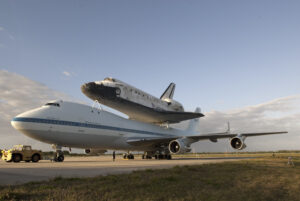 Thanks to Robyn Bradshaw, UR Catering, for wondering about this term. I do not hear it in speech, but it’s not terribly unusual in academic prose, where students may encounter it.

No one is likely to say that we will “experience a recrudescence of COVID-19 this winter,” even thought that may occur. The first definition given by The OED notes our word, borrowed from Latin, can mean a recurrence of a disease, an outbreak. We’ll likely use “new outbreak” or “uptick” to describe that unfortunate possibility.

Delving a little deeper into The OED entry, a more hopeful second definition appears, for the rediscovery or recovery of something already known to be useful. So if we find an abundance of commercially valuable rare-earth elements on the Moon, a possible outcome of our current exploration program there, some erudite journalist may indeed use our word to describe such a pleasant surprise.

Okay, I’m back to riding one of my hobby horses, human-crewed space exploration, about which I’m a zealot. We’d name a spacecraft Discovery (and have, with the Space Shuttle of that name pictured). I doubt we’ll ever see a vessel called Recrudescence going to the Moon or Mars. That “crud” bit sticks on the tongue. So does the “crude” sound!

Nominate a word students need to learn by e-mailing me (jessid -at- richmond -dot- edu) or leaving a comment below. 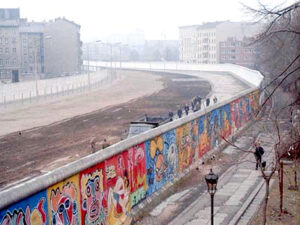 This old veteran, who served from the late 1940s through the early 90s, recently returned to active duty in news reports about Russia, the US, and China. So I got curious about who first drafted him as a metaphor.

One can find uses of the term from as early as the 19th Century, but in the modern sense, it refers to the mostly nonviolent arms race and nuclear standoff between the Warsaw Pact and NATO. Politico has Bernard Baruch stating it in 1947, but I think that George Orwell beat him to the punch. Though Baruch may have popularized the term, Wikipedia has the matter correct here. In a 1945 first-cited reference given by the OED, Orwell wrote in “You and the Atomic Bomb,” of a “permanent state of ‘cold war’ with its neighbours.” And it seemed permanent to us in the 60s and 70s. We could not recall a time of friendship with the USSR or the nation we called “Red China.”

I grew up under the shadow of the Berlin Wall and the mushroom cloud, as I recently told a student anxious about a possible nuclear exchange over the war in Ukraine. Sometimes memories of the fall of the Berlin Wall seem distant, in this new era of major-power tensions.

Then our President at the G20 summit, in a move utterly at odds with his showboating, clownish predecessor, met China’s leader for serious talks. Xi and Biden discussed very sensitive issues, including Taiwan, and our President declared that no new Cold War has begun.

That may be cold comfort to my student, but having lived 30 years with the standoff between the US and Soviet superpowers, I wanted to give some reassurance that sanity prevailed then. May it again. I end with two images: a 1960s interception of a Soviet nuclear bomber by an Air Force F-102, then one that just occurred with a modern US F-22 jet tagging along, a mere 8 miles from US airspace. 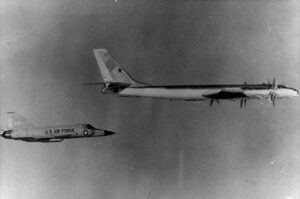 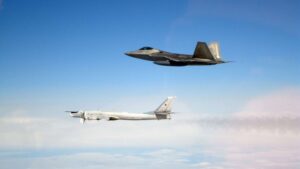 Some things change more slowly than our language. Students, if you are reading this, I recommend that you take a few classes about that fraught era.

As things do change, if you have words that have changed, words that have not, or interesting metaphors, send to them in by e-mailing me (jessid -at- richmond -dot- edu) or leaving a comment below. 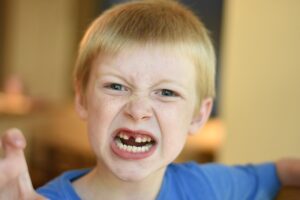 Professor Joanna Drell, History, stopped me in the hall today with a nomination for my “word thing.” I was delighted, as I do have a “thing for words” (literally and metaphorically) and also because “insolent” was a thing I’d been called many times in grade school by nuns. Probably “you insolent thing!” got pinned to me a few times.

Am I insolent now in my tone? And where does our word originate?

My teachers and mentors probably (and rightly) got after me for being “contemptuous of rightful authority,” as The OED entry notes in its second definition. I often still am, usually asking “by whose rights?”

Other definitions do not fall far from that one, though the first strikes me as curious, “Proud, disdainful, haughty, arrogant, overbearing; offensively contemptuous of the rights or feelings of others. Said of the powerful, rich, or successful, their actions.” The OED notes that this usage has become obsolete, but I find it fascinating how our word got associated with wealth and privilege.

Tell that to Robespierre, on your way to the guillotine.

Obsolete, really? There I am, being insolent again. The word, from Latin, proves as old as insolence itself, with a first-recorded usage dating to 1386.

Nominate a word by stopping me in the hall or by e-mailing me (jessid -at- richmond -dot- edu) or leaving a comment below.

Insolent kid (I know that face!) courtesy of Wikipedia