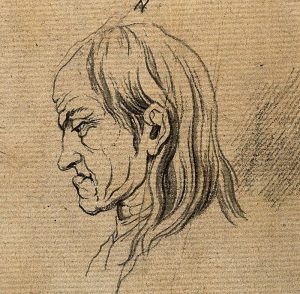 Professor Joe Hoyle in our School of Business spotted this word in a column by George F. Will, critiquing President Trump and his “incessantly splenetic presidency.” Whatever one’s politics, one really must admit that Will has a way with words. Thus he picks what author Joe Glaser, in his book Understanding Style, calls a neutral word: it is not derogatory or connotative. It simply states, in its original sense, that the man is more ruled by his spleen than any other organ.

The OED, a bit far down in its list of definitions, defines our word as “given or liable to fits of angry impatience or irritability.” Since the 16th Century the term has also meant, and still can mean, one with disorders of the spleen, though the definition is now obsolete. As a term relating, generally, to the spleen, it remains in current use.

So how does a spleen make one short-tempered? The idea goes far back into medical history, with the now quaint idea of four humours that govern the body. If one’s spleen produces too much “black bile” then the person would have a Melancholic personality; that is also an early synonym for “splenetic.”

Creative Commons image from the Wellcome Collection courtesy of Wikipedia.