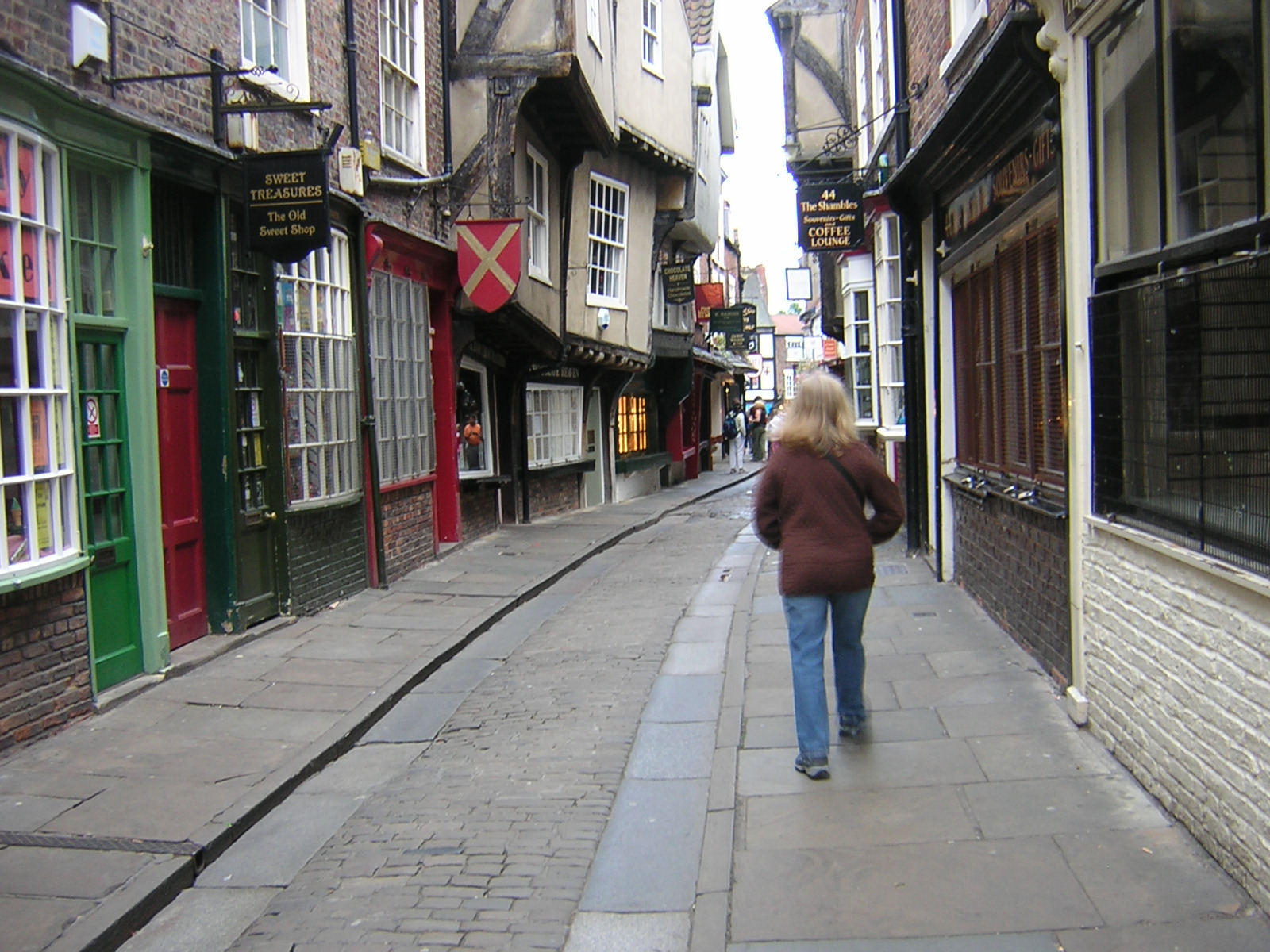 Joe Hoyle in our Business School and my old friend Dominic Carpin, owner of Dellicarpini Farm, nominated “shambolic” as a word of the week. Then I began to think of “The Shambles” in York, England, a series of meandering streets of half-timbered Medieval buildings.

Instead of a word, we have before us a metaphor.  The Shambles were places in England where butchers plyed their  trade.  A “Shamble” itself was, as early as the 9th Century, a wooden stool. Later, it meant a different piece of furniture: a table where butchers set out meat for sale.  From a still later and metaphorical use, I’ve seen “shambles” used in works about naval warfare during the age of sail; the insides of wooden vessels under cannon fire looked like butcher shops.

From these grisly examples we get the figurative “shambles,” meaning a messy, disorderly situation or place.  And thus the adjective “shambolic,” marked by the OED as colloquial and of recent coinage–the late 1950s!

This is not mere linguistic drift (see the entry on the word “fulsome“) or euphemism. It gets to the heart of why English is such a flexible language. From ancient senses of a word–who would advertise their butcher shop as a “shambles” today?–we get new words and nuance.

We’ll keep at it all summer! Please nominate a word or metaphor useful in academic writing by e-mailing me (jessid -at- richmond -dot- edu) or leaving a comment below.