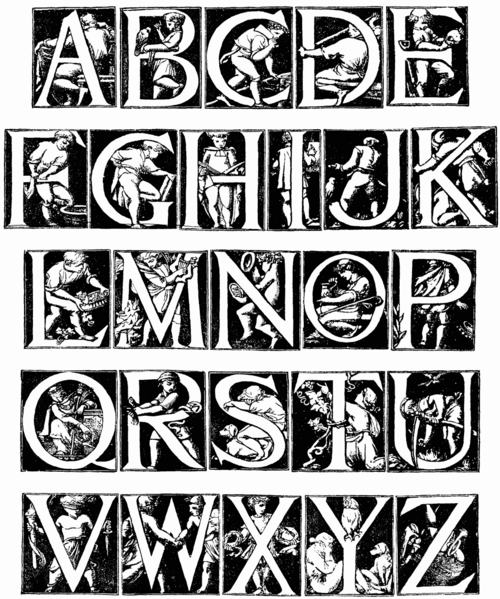 In the link above we see an image of an alphabet design by Godfrey Sykes. The depiction of workers crafting each letter carefully highlights the craftsmanship possible in font design as well as the constructed nature of these abstract symbols designed as tools to represent sounds and guide their articulation in speech. In their arbitrary Latinate shapes there is no other significance, a trait that limits what they can represent and express. Recent developments in digital technology remind us of this semantic limitation.

One of the most recent evolutions of Web 2.o is the development of “micro-blogging” sites, the most well-known of which is Twitter, where users can send a regular stream of brief personal updates in text and other media. Unlike a regular blog, micro-blogging messages, sometimes called “tweets” are often limited to 140 characters potentially posing a compositional challenge for more complex expressions. In a recent NPR story “Twitter Seen As Tool For Social Change in China” Li Zhuohuan, CEO of a Chinese micro-blogging company called Jawai, is counting on the Chinese enthusiasm for text-messaging to translate into a passion for micro-blogging.

Though the Latin alphabet is that subtle and ancient elder from which many technologies evolved, this collection of arbitrary symbols of articulation is limited in its potential meaning by the abstract nature of the marks, known as phonemes, symbols representing speech sound. Chinese characters for example are not abstract phonemes but logograms, visual representations of whole words, concrete objects or concepts. Because of this, Zhuohuan notes that “posts to Jiwai are limited to 140 characters. But Li points out that 140 Chinese characters contain double or even triple the expressive power of the same thing in English”.

We might regret micro-blogging’s reminder of the semantic deficits of the Latin alphabet, but we can rejoice in the simple design and convenience of its twenty-six characters in gratitude that we don’t have to navigate the thousands of characters used by the Chinese. And we thought the QWERTY keyboard was hard! 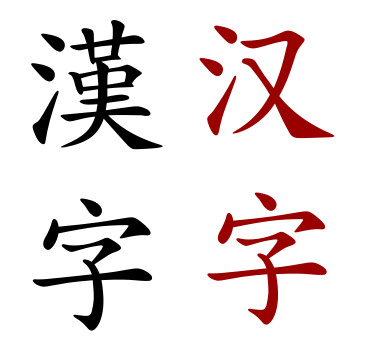 “hanzi” the ideogram for “Chinese character”
in traditional and simplified Chinese

One thought on “New technologies teach us about their elders”