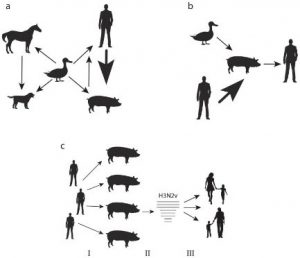 Avian influenza has made its appearance as close to us as Henrico County. Don’t panic, however, as the disease is not zoonotic.

If that confuses you, it should at present. That said, I have a feeling that rather like “endemic” and “comorbidity,” our word will one day become common parlance. Sadly.

It denotes a disease that can be passed from animals to humans, as COVID-19 appears to have been at its point of origin, Wuhan. The current strain of Avian Flu cannot, though for those who keep backyard or farm poultry (as I do) it means keeping wild birds away from domestic fowl through isolating feed sources, hanging up netting, and other measures. We want to protect our animals and keep this virus from mutating if possible.

Some other forms of Avian Flu, notably H1N1, are zoonotic and rather terrifying. While writing this, I speculated that the Bubonic Plague is not, as it comes from fleas carried by rats, not by the rats themselves. The World Health Organization notes otherwise, as Plague passes to humans from bacteria that the flea and rat carry. Thus, it’s zoonotic. That makes any mosquito-borne illness zoonotic too.

As The OED entry on our word indicates, zoonotic first registered in print in 1877, as modern medicine became better able to track the origins of diseases.

Do you have a word or metaphor that may enjoy common use soon?  Send them to me by e-mail (jessid -at- richmond -dot- edu) or leaving a comment below.