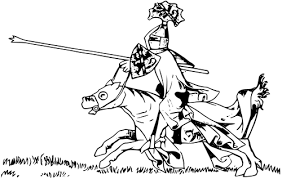 When I was a UVA undergrad, each of my circle of friends encountered Mallory’s epic Le Morte D’Arthur, and then we ran about using words such as “brain-pan” for skull and the verb “astonied,” for dumbfounded or stunned, as in this sentence:

And therewithal, Sir Uwaine gat his spear in his hand and rode toward Sir Launcelot, and Sir Launcelot knew him well, and so he met him on the plain, and gave him such a buffet that he was astonied, that long he wist not where he was.

Most modern readers should be able to make sense of the passage, noting, for instance, that the “buffet” does not involve all-you-can-eat Cantonese food. Yet only recently did it occur to me that this “astonied” proves to be a linguistic ancestor to our modern “astonished,” a word I’ve long enjoyed.

We have lots of words and metaphors that express surprise: dumfound, stun, amaze, black swan, bolt out of the blue, even ambush. Some of these have negative connotations, but of them “astonish” and “amaze” seemed unalloyed in their sense of something wondrous.

At least until you get knocked off your horse in a joust. So I looked for guidance at the Online Etymology Dictionary, a well-designed, free resource for those without access to The OED. If we reach back to “astonied,” it’s not to lie there on the ground like a stone, but to be thunderstruck (from the Vulgar Latin extonare). From it we got the Old French estoner to cross the Channel in the year 1066, as William The Conqueror split brain-pans and left many Anglo-Saxons astonied by their reversal of fortune.

I would be astonished if more of today’s undergrads went around saying things like “Wit ye well, varlet! My brain-pain hath taken a terrible buffet, and I’m all astonied.” But time marches on, and I don’t know too many who still read Mallory.  If I’m wrong, I wist it not, and I’d love to hear from you.

You can send me words and metaphors by having  your squire ride with the missive to my castle, by leaving a comment below, or by e-mail at jessid-at-richmond-dot-edu.