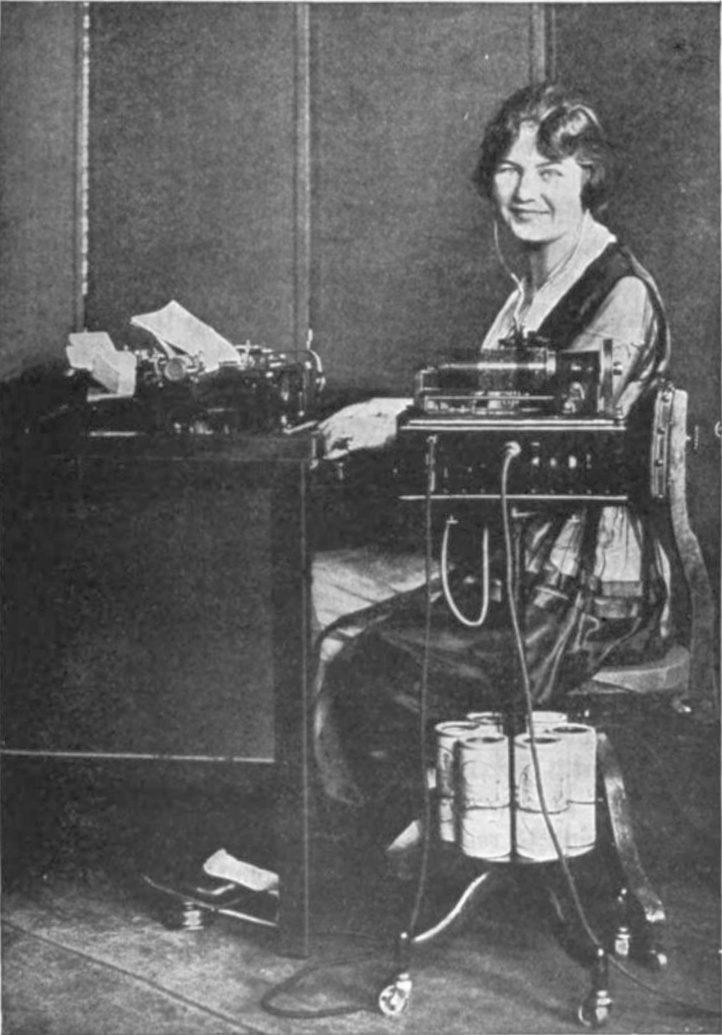 Believe it or not, this word came up in lunch conversation with colleagues. One of them will have lectures taped for a student, yet he worries that his notes on the board may not be clear enough to someone not physically present. “You need an amanuensis,” I said. Word-snob that I can be, it’s good to be in company that didn’t need a definition. One person even said “I want one just so I can say that I have an amanuensis.”

So what is this Latin-sounding word? The etymology shows that, technically, it means “belonging to a secretary,” or one who writes things down for someone else. I’ve thought of it in that sense. The OED notes that this person takes dictation. That’s not very common any longer, on campuses or in offices. The term is nearly as hoary, with the OED’s last recorded instance from the year 1860. Like palimpsest, another Word of the Week, our term now mostly appears in Humanities courses, where it often occurs in historical contexts.

That history shows us how social change, with women no longer willing to enter typing or dictation pools, as well as technological change, from dictating devices to AI, doomed the profession and the term. Siri might be my imperfect amanuensis, yet she’s getting better at it with each upgrade. It’s noteworthy that Apple lets us pick a gender and generic accent (US/UK/Australian) for this small precursor to artificial intelligence.

So is our word going extinct, like a stenographer’s pad or the manual typewriter? That the OED has no usage frequency bar may provide a clue.  Once voice-to-text applications become good enough, I suspect we’ll need a new word. The Latin-derived amanuensis just sounds a bit prissy for the 21st Century. “Transcriber” comes to mind. Care to nominate a different word? Or invent one? Let me know.

Though we’ll take a short holiday break, we’ll publish this blog until classes resume in January. Please send us words and metaphors useful in academic writing by e-mailing me (jessid -at- richmond -dot- edu) or leaving a comment below.

image of an amanuensis working a wax-cylinder Dictaphone machine courtesy of Wikipedia.