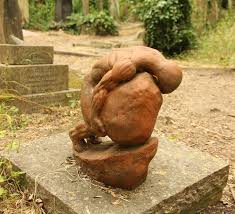 Poor King Sisyphus! Doomed by the gods of ancient Greece to roll a boulder up to the top of a hill, only to have the task fail, again and again, for all eternity.

Students, in November does finishing the semester seem Sisyphean? Or “Sisiphean,” if you prefer that spelling (both occur and can be considered standard).  As WordPress recognizes and the OED gives us the “y version” I will continue with that one. Just be consistent when you employ the term in writing.

The lapse in studying Greek mythology disappoints me. I have a dark turn of mind in literature, so I love tales of woe, death, destruction, and crushed pride. They put many a vain schoolboy, even a little Edgar Allan Poe, in his place. Today, Sisyphus’ boulder seems stuck. The last recorded usage of our word by the OED: spelled with “y,”  2002; with “i,” 2007. With only three pips of eight on the OED’s usage frequency chart, is preserving our word a Sisyphean task?

In higher education, no. We are an old curiosity shop of language and a maker-space for new words or repurposed ones such as paradigm. So if you wish to be vivid in describing your endless, ever-repeating tasks, tell someone the work is Sisyphean.