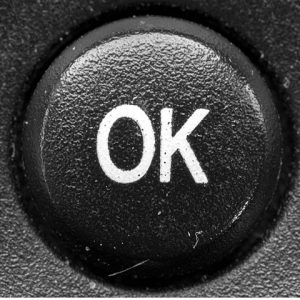 This entry is not academic, but it is great fun. Since I skipped two weeks for the holidays, I’ll dive in with no Metaphor of the Month but go right to a word request from Professor Bill Ross in Mathematics.

There’s no need to provide a definition, but the history of this workaday word fascinates.

I’d long assumed that “Old Kinderhook,” a nickname for US President Martin Van Buren, gave us the term. That is correct, according to the OED Online, but there is a second etymology that helps us to understand the staying power of O.K., long after President Van Buren vanished from living memory. For “okay” and “O.K.” the OED has this note:

From the detailed evidence provided by A. W. Read it seems clear that O.K. first appeared in 1839 (an instance of a contemporary vogue for humorous abbreviations of this type), and that in 1840 it became greatly reinforced by association with the initialism O.K.

I taught a couple of seminars about Southern literary humor before the Civil War, and making fun of speakers of German and Dutch was a favorite subject, well beyond the Southern States. That sort of linguistic humor, considered ethnocentric and insulting today, endured until recently. If you don’t remember the Katzenjammer Kids, have a look online. As the OED points out, “okay” comes from the satirical “oll korrect,” presumably spoken by an immigrant to the US, in some disastrous situation.

As befits its immigrant origins, the term has crossed the ocean again. I’ve heard Spanish speakers use it in Spain.  The Iberian term vale means about the same, but both worked for me in Madrid.

Have you heard “Okay” around the world? Where? How? Share your experiences in the comments.

Image of button courtesy of Wikipedia.