2. M + 1 Peak: Recall that approximately 1% of carbon atoms have a mass of 13 rather than 12. The small percentage of molecules that contain a carbon-13 atom will have a molecular weight one unit larger and may give rise to a small peak one unit larger than the molecular ion. This peak is called the M+1 peak. For hexane, the M+1 peak has m/z = 87.

3. Base Peak: The base peak is the tallest peak in the spectrum and corresponds to the most abundant fragment produced during the ionization process. It is possible that the base peak and molecular ion are the same, but often this is not the case.

4. Fragmentation: Molecules fragment when single bonds break, producing two smaller pieces from the original molecule. Fragments with masses of each of the remaining pieces may be present in the spectrum. Analysis of fragmentation patterns, although complex, can be extremely useful in determining the structure of a compound because functional groups exhibit some common, recognizable fragmentation patterns.

• Example: In hexane, any of the C-C bonds may break to produce fragments. Some possibilities:

• Since any of the fragments may be charged, all are detectable in the mass spectrum

• Since the base peak in the spectrum is m/z = 57, we can surmise that the most common fragmentation pattern involves lost of an ethyl group 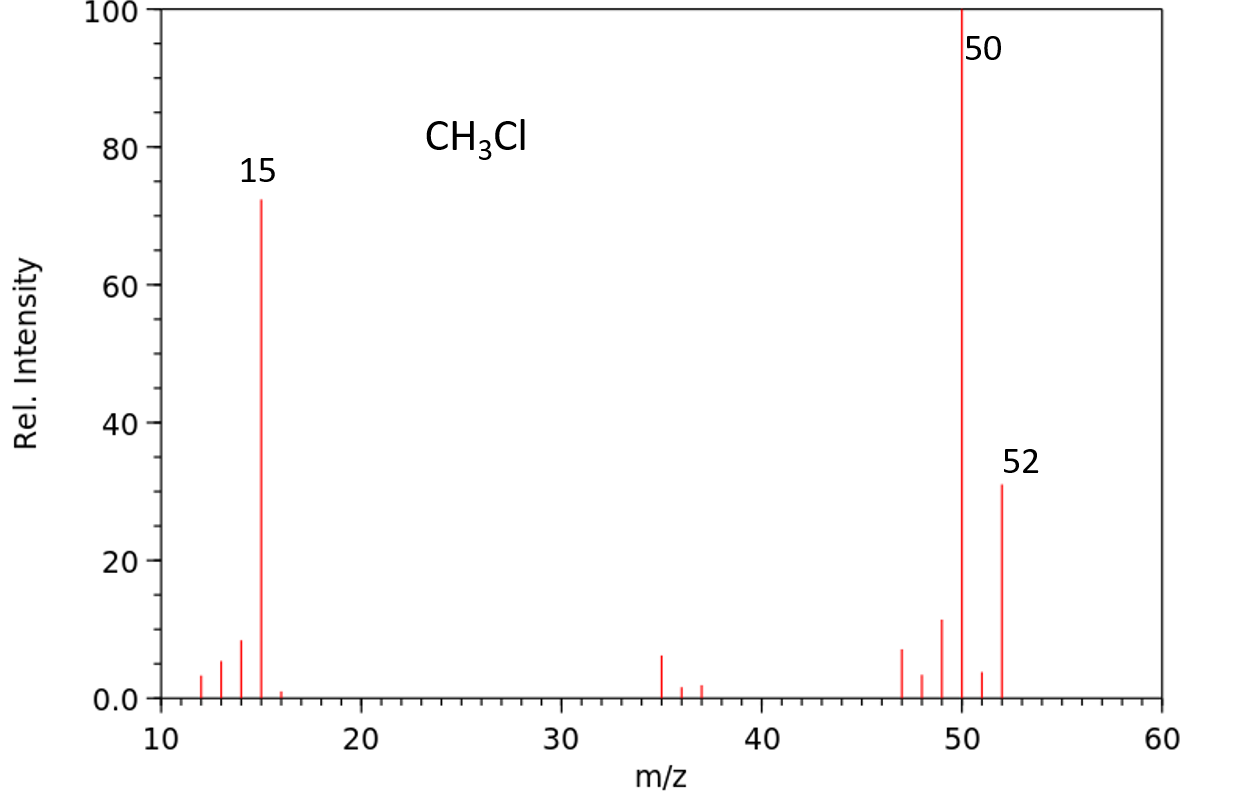 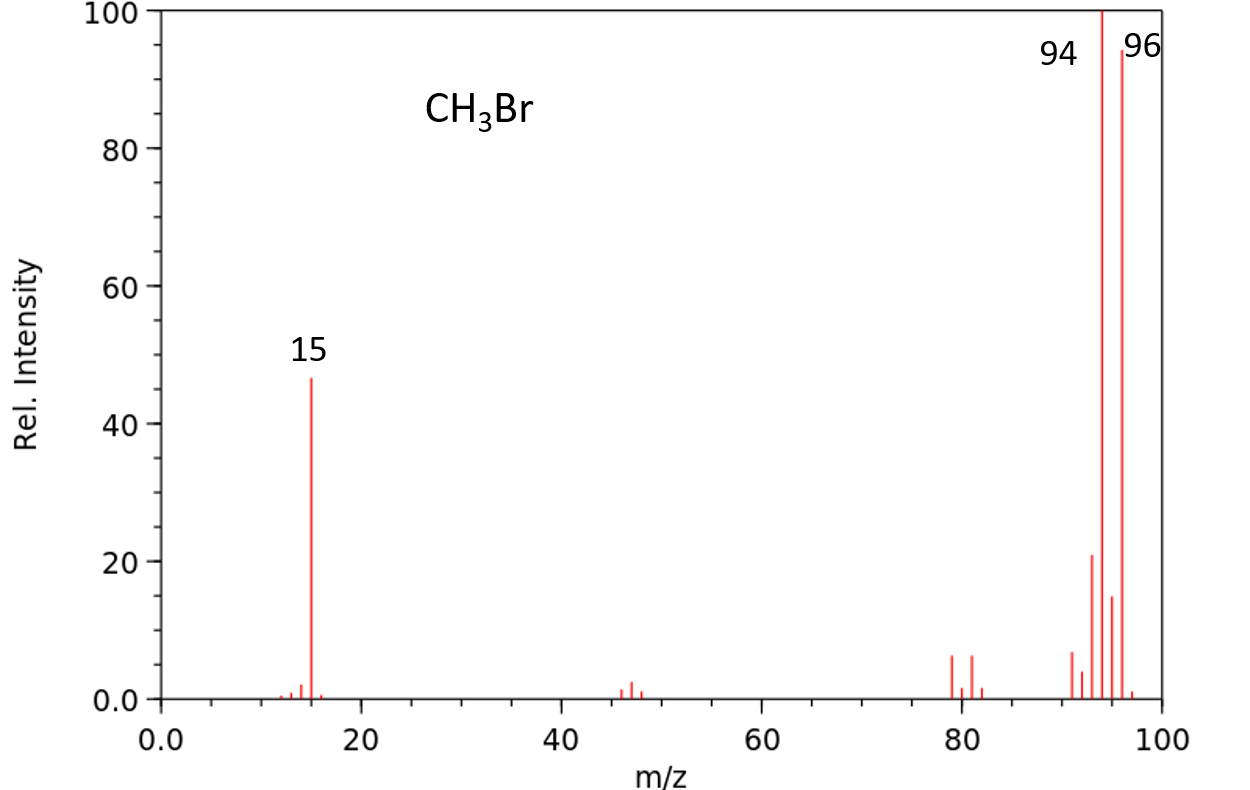 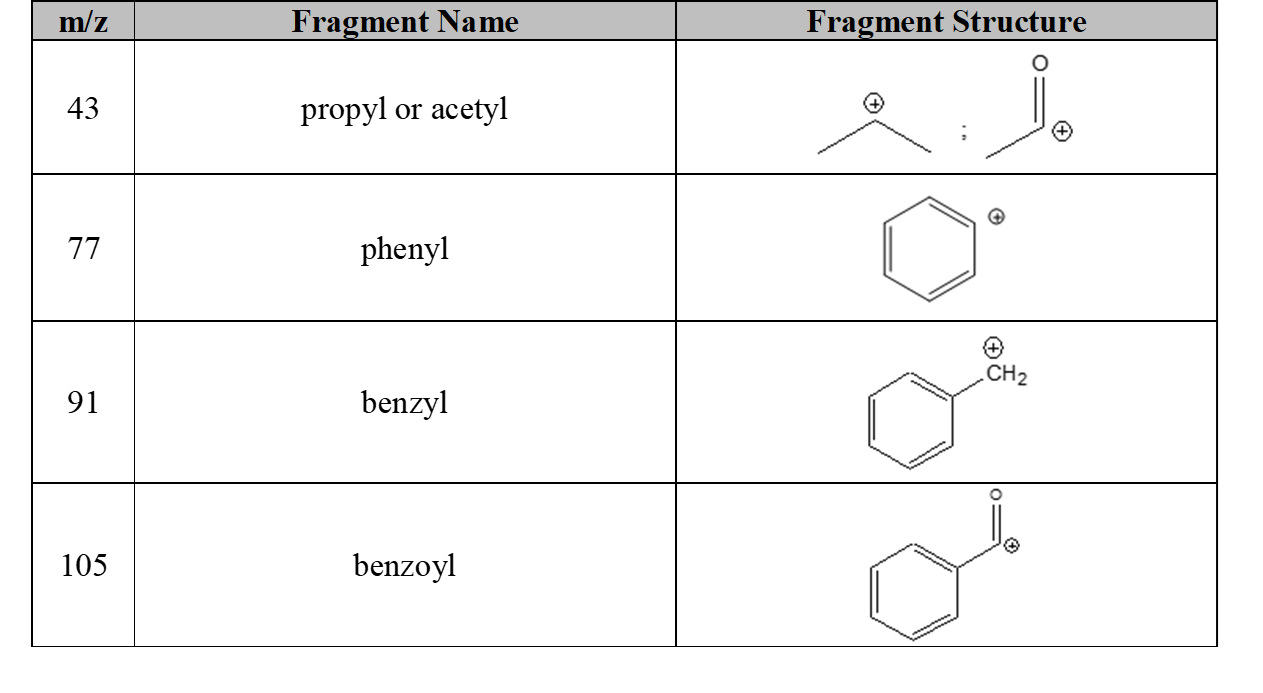