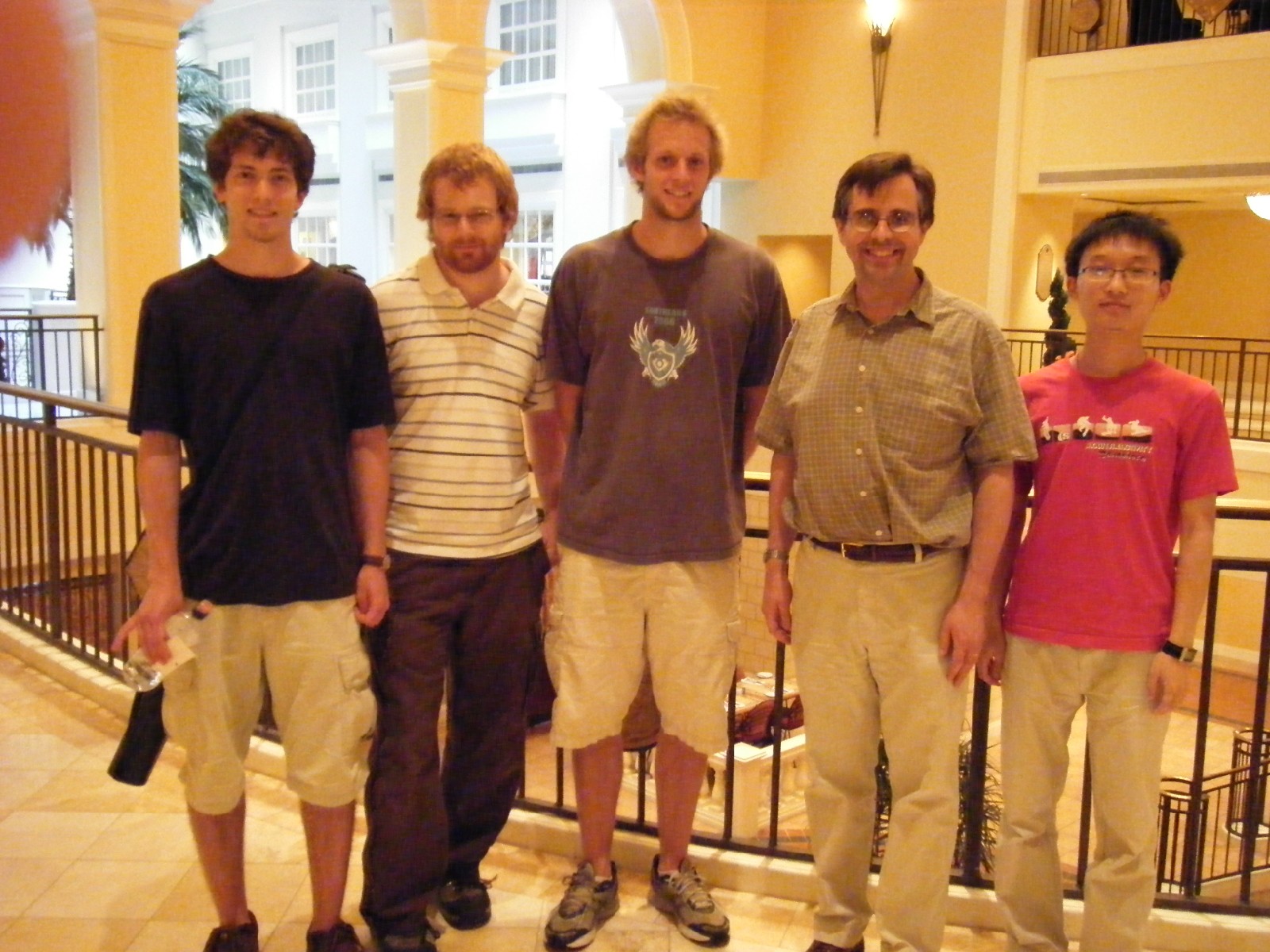 Apparently there’s a tradition here at the University of Richmond: when a faculty member gets tenured, he or she chooses a book for the library and writes a description of the importance of the book. The library inserts that description into the catalog, or into the book, or something like that.

Since I just got tenure, I had to choose a book to write about. After thinking about it for a while, I decided to go with Galileo’s Dialogue concerning the two chief world systems. Here’s the description I’m sending off to the library.

By the way, I really mean it when I say in here that the book is extremely readable. I can’t think of any other book that’s (a) anywhere near as important as this one and (b) actually fun to read. If you haven’t read it, check it out! (Although if you’re at UR, you’ll have to wait a week or so to get it out of the library, because I’ve got it at the moment.)

Anyway, here’s what I wrote:

The central idea of astrophysics is that the same laws of nature we discover in labs on Earth can be used throughout the Universe: there are not separate laws for heavenly bodies. It would be hard to overstate the importance of this insight to the emergence of modern science. Galileo did not invent this idea – like most really big ideas, this one cannot be attributed to any one person. But he deserves a large share of the credit for developing the idea and for persuasively and cogently championing it. Galileo is an all-too-rare figure among the giants of science: he wrote with clarity and even wit for an audience of non-specialists. He wrote in the common language, not in Latin, in a style that makes his work still readable and even enjoyable today.

Galileo has a lot in common with Einstein, so it is fitting that Einstein wrote the foreword to this English translation. In particular, Galileo's description of experiments performed below decks on a moving ship is the direct ancestor of Einstein's discovery of relativity, both in the scientific content of the ideas and in the ingenious use of thought experiments.

According to Scientific American, it’s coming. The fact that the Universe’s expansion is accelerating means that we gradually have less and less access to information about the Big Bang. This is true in principle, but it’ll take billions of years before there’s a significant loss of information.

I guess we should increase cosmology funding now: We need to find out all we can before the information goes away!

I’ve enjoyed seeing the pictures of Mercury from the MESSENGER flyby. (If you haven’t already seen it, you should definitely check out pictures of the spider.) So far, the news accounts don’t seem to do a very good job explaining the scientific importance of the results. Here’s an article that gives quite a bit more detail about the sorts of questions that can be addressed with these data.

At this stage, not surprisingly, the data have raised a lot more questions than they’ve answered. It’ll be a lot of fun to see what comes out of the rest of the mission.

By the way, here’s a nice introductory physics puzzle: Why is it hard to get to Mercury? Obviously, it takes a lot of energy to get to the outer planets, since you have to go “uphill” against the Sun’s gravity. But Mercury’s dowhill from us, so it ought to be easy to get there.

The Q+A column in today’s New York Times is uncharacteristically weak. The question was “Why doesn't [the Sun] have a core of heavier elements that sank to the center?” The main problem with the column is that it doesn’t really answer the question. Here’s what I’d say.

Although the Sun is made mostly of hydrogen and helium, it does have trace amounts of heavy elements. These do not settle to the core but are distributed throughout the volume of the Sun. The reason is temperature: there is enough thermal energy in the solar interior to keep the heavy elements bouncing around. As an analogy, consider the Earth's atmosphere. Although carbon dioxide molecules are heavier than nitrogen molecules, there's plenty of thermal energy to keep the CO2 from settling at the bottom of the atmosphere.

The article also presents the impression that the Sun will produce its own heavy elements later in its life. The Sun will produce only helium, carbon, and oxygen. Elements heavier than oxygen are produced only in more massive stars.

I sent the Times a letter to this effect, but I don’t know if they’ll care.