I like to bore anyone who’ll listen with the fact that human space flight, and the International Space Station in particular, are lousy ways to do scientific research, so in fairness I thought I’d point out that NASA has put out a document providing information on the science performed on the ISS.

Much of the information is hard to interpret. For instance, there are graphs quantifying the number of “investigations” performed as a function of time, but it’s hard to know what to make of this, because I don’t know what counts as an investigation.

Here are the research highlights listed:

I could make snide remarks about some of these, but I won’t. You can decide for yourself how impressed to be. Bear in mind that the cost of the ISS is estimated at $100 billion. 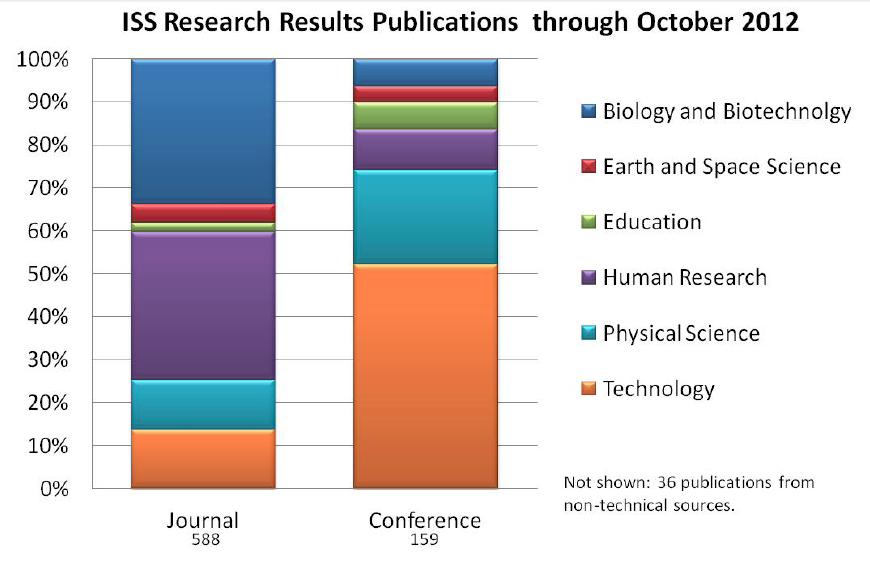 The moral of the story: the ISS, and human space flight in general, are not about science. Any science done on them is a side show. I think it’s worth repeating this regularly, because in many peoples minds Space = Science. In particular, I worry that, when people think about the federal budget, more money spent on things like the ISS will mean less money for science.

3 thoughts on “Science on the Space Station”