One nice thing about academic life is that you get to go on sabbatical from time to time. The trick is to play your cards right and make sure you have collaborators in nice places when the time comes.  I managed to do this pretty well, which is why I’m spending almost three months in Paris.

Over the past couple of weeks, I’ve been getting around the city mostly by bike.  Paris has a clever bike-rental system called VÃ©lib.  You pay a small fee (5 euros for a week or 30 euros for a year) that gives you access to the bikes in the system.  There are an incredibly large number pickup and dropoff sites: in most of the city, you’re never more than a couple of blocks from one. You can take out a bike from any of the sites and drop it off at any of the others.  If you have it out for less than half an hour (which gets you pretty far), there’s no additional charge beyond your subscription fee.

There are VÃ©lib stations right outside my apartment and my office: 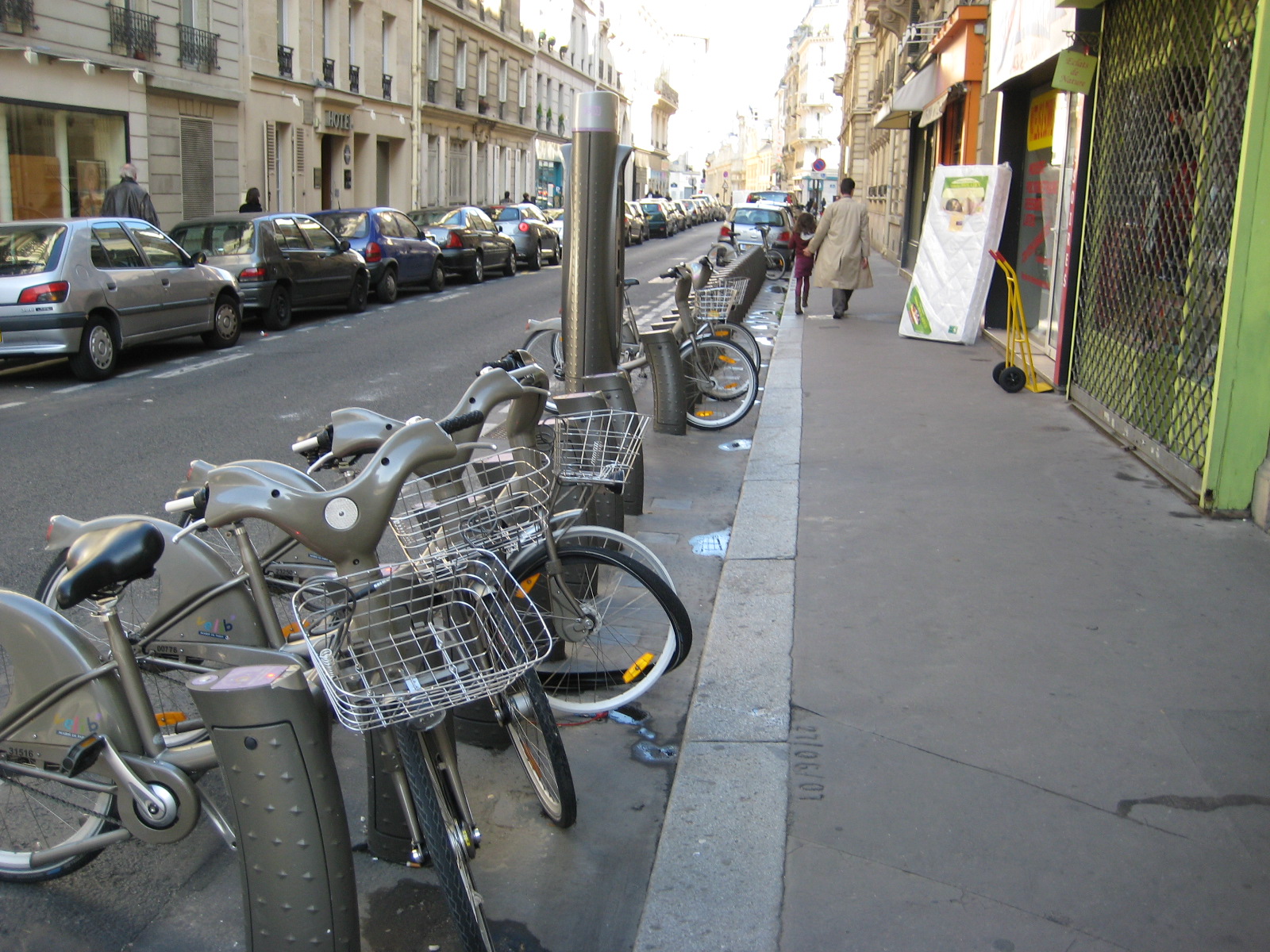 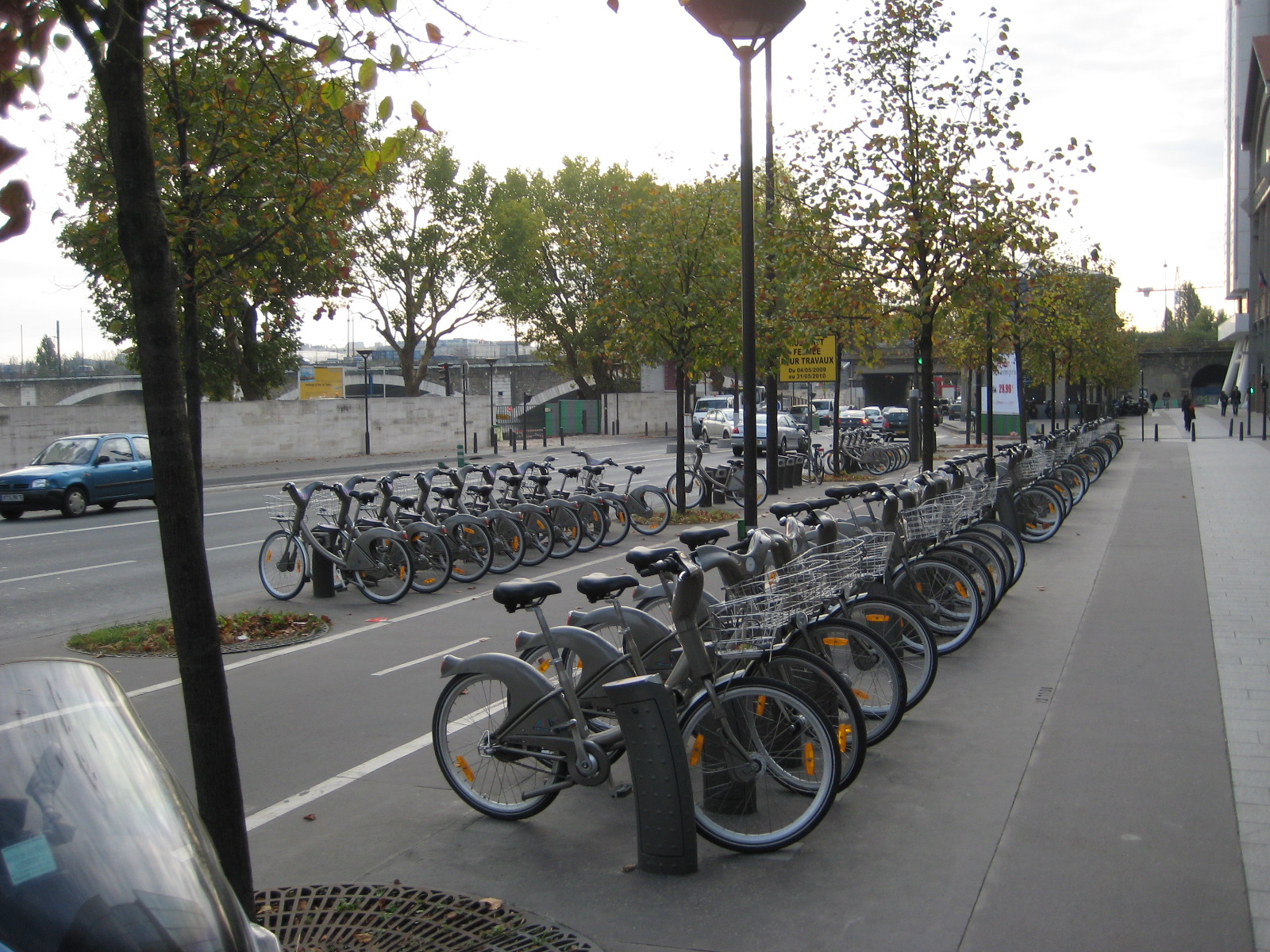 It’s a great idea.  I hope more cities adopt things like this.  It’s way more fun than getting around on the Metro (and I say this as someone who kind of likes riding on the Metro).

Americans I’ve told about this ask me whether I’m scared of biking in the Paris traffic.  The answer is a definite no.  I haven’t done much urban biking since the mid-90’s, but I used to do it a lot then, when I was a grad student in Berkeley.  I don’t find biking in Paris to be significantly more dangerous or stressful than biking in Berkeley was.  Sure, you’ve got to pay attention, but in a lot of ways it’s a very bike-friendly city:

So if you’re spending time in Paris, don’t be scared — try it out!  (Litigiousness paranoia disclaimer: You ride at your own risk.  If you take my advice and get into an accident, it’s not my fault — don’t sue me!)

There are certainly a few problems with the VÃ©lib system:

One thought on “Paris by bike”