If you think the biosphere is pretty cool check this out! At the University of Arizona they have created a new biosphere! This complex spans over three acres and has cost over 200 million dollars to create. The goal behind Biosphere 2 is to bridge the gap between our biosphere and science by creating a living laboratory  of sorts. The idea is that within this strictly manipulated environment scientists will have the opportunity to better observe how the environment works. The reason this is so important is because scientific equipment that cannot be easily transported can be implemented to take readings and perform experiments. There is a bit of controversy surrounding the success of this establishment but regardless, it is a vital experiment in the eventual goal of making settlements in inhospitable climates including other planets. Good information can be found in the “science” section of this website where the organization explains its mission and purpose. Definitely worth checking out! 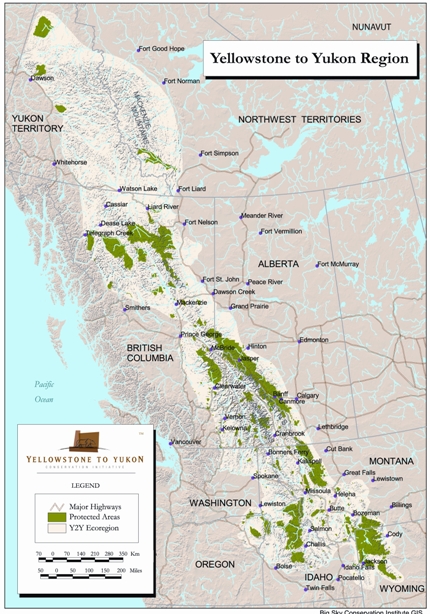 The objective of the Yellowstone to Yukon Conservation Initiative is to preserve and maintain wildlife, native plants, wilderness and natural process of the mountainous regions from the Yellowstone National Park to the Yukon Territory. This is achieved through the connections and support of a network of organizations, agencies and individuals doing on-the-ground conservation work within the region. This unified vision is a joint Canada-US effort that places emphasis on the interconnected landscape of nature and call for aligned support of large scale objectives that can be continentally significant. Presented from the perspective of the institution, the website itself is well organized and informative, separated into five main tabs; Vision, Landscape, Wildlife, People, Issues and News & Events. There is little to no bias that can be discerned from the website's presentation and text. Being a joint effort with the many partners and institutions involved, the quality of research and study appears wide ranging from not just the need for conservation but also the need for cooperation to achieve it. With specific tabs for donations and information on awards and research, this website seems to target people/institutions that  not only contribute to their efforts but perhaps become long term partners/investors. In addition, the site doesn't quite serve as a portal to other similar sites or efforts. The site's style is quite formal and remains focused on getting the objective of the initiative and institution across. The climate is vital and is talked about everyday. People argue about climate change and the impact on global warming, or if global warming exists. This website allows one to search up any city in the world and provides am ample amount of useful statistics. The website breaks the data into counties and provides data about average rainfall, average minimum temperature, average maximum temperature, heating degree days, cooling degree days, and even 24-hour average temperatures. They break down the data further into months and various times of year. A tsunami is a series of ocean waves generated by sudden displacements in the sea floor, landslides, or volcanic activity. In the deep ocean, the tsunami wave may only be a few inches high. The tsunami wave may come gently ashore or may increase in height to become a fast moving wall of turbulent water several meters high. The National Oceanic and Atmospheric Administration (NOAA) has the primary responsibility of providing warnings but also carries out research and observations as well. On their website they educate on why tsunami’s occur, how to prevent them, what to do when one happens, information on past global tsunami’s, as well as photos and interactive demonstrations of the oceanic beasts. Check it out!

Wildlife and habitat conservation is one of today’s most pressing issues, as urbanization, fueled by globalization, continues to spread throughout the world. Working to balance the needs of local communities and the needs of local wildlife can be difficult, but the Wildlife Conservation Society (WCS) uses field experience to help mitigate the conservation issues that arise from local communities, natural resource use, wildlife health, and climate change. WCS works to protect both wildlife and wild places, taking a multi-pronged approach to conservation by trying to work with local communities and organizations. Some of these projects include helping start Afghanistan’s first national park, helping with coral recovery in the Indian Ocean after the devastating tsunami, and working to lessen the effects of energy development in Uganda. The WCS website also provides many interesting links to articles and other conservation initiatives around the world, making it a great resource for those who are interested in getting involved in conservation movements across the globe. 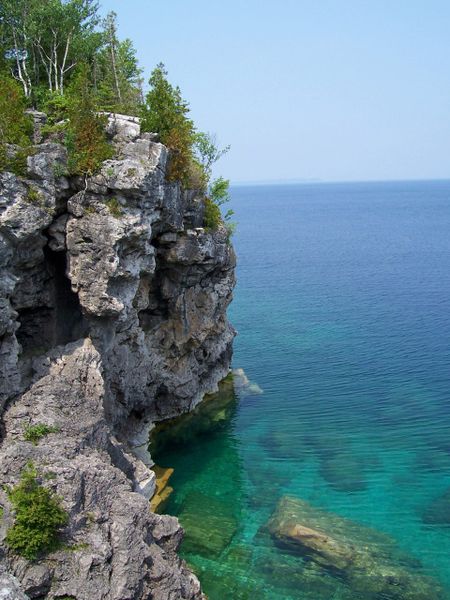 The Niagara Escarpment is a large 450 mile lone limestone ridge leading from the Niagara river in the east to Georgian Bay in Lake Huron. The Escarpment ranges from only a few feet above sea level to nearly 1600 ft in some places. 250 million years of erosion has carved the limestone, dolostone, and sandstone wall across southern Ontario. The Niagara falls, and some 60 other waterfalls, are located along the Niagara escarpment and 5 major river systems trace their headwaters back to this area making the escarpment an important geologic feature in North America. Due to its difficult terrain, the escarpment has protected eastern North America’s oldest living organism – 1000 year old cedar trees: 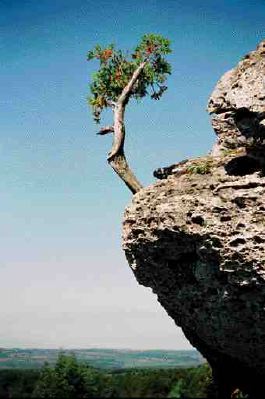 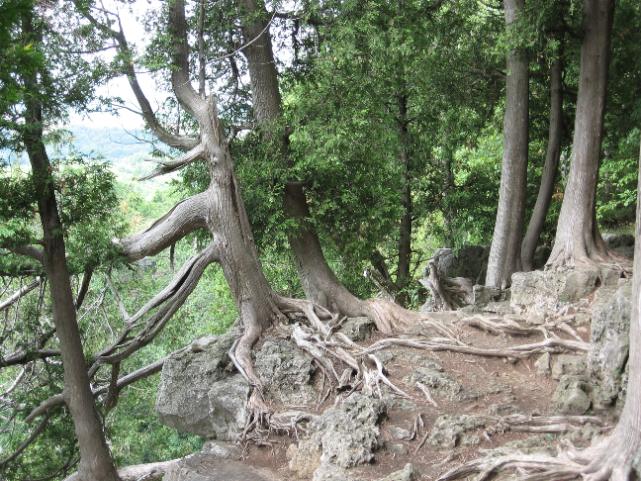 The Coalition on the Niagara Escarpment was set up in 1978 as an advocacy group for the area and help to educate individual owners and the Canadian government on environmental policies that could help to protect this, and other, areas across Canada. They also work to curb development along the escarpment and push for environmentally friendly land use methods across the region.

This is a summary of the National Wildlife Foundation’s page on the Everglades, one of America’s best known habitats. Spanning 2 million acres, it has been dubbed a “river of grass” and contains a variety of plants, birds, reptiles, and mammals. However, the area is threatened by invasive species like the Cuban treefrog and Burmese python. The area has been the subject of much attention, as it is one of the premier wetland environments in the country. The NWF website does a good job of summing up the region and its issues. It also provides information on a variety of other ecosystems.

I don’t know how many of you have been watching the new Discovery Channel series Life, but it is full of amazing facts and footage about the many facets of the biosphere. This takes Planet Earth to a whole new level! Next week (Sunday from 8-10 pm) the episodes are on plants and then primates. I have taken to doing my work early (?!?!) just so I can tune in. Check it out!

Biodiversity Hotspots are some of the world’s richest areas for plant and animal species as well as some of the world’s most threatened habitats.  In 1988, Norman Myers created this notion of a hotspot, which in turn sparked the search for regions deemed vital in the conservation of biodiversity.  Today, there are 34 identified hotspots scattered across the planet.  Of the entire world’s plant species, 50% are endemic to these few locations.  This is remarkable, because hotspots only take up 2.3% of the terrestrial surface of the planet.  This website, funded by Conservation International, provides not only a drop-down tab that lists all of the hotspots, but it also provides a map showing their locations.  By clicking on a certain hotspot, one can learn about the region’s unique biodiversity, the human impacts, the conservation action and much more.  Information like the number of species gone extinct, the human density in the region and the amount of habitat already lost can also be found.  In the face of a mass extinction and minimal funding, many have turned to hotspots as the best method for biodiversity conservation.

This is the map of the world’s hotspots taken from google images.