The James River Association has a website that allows residents of the James River Watershed to calculate the water run off of their properties. The website asks a series of questions about the size of the lot, the land use type, the percent cover of roofs, impervious surfaces and  open space. It also takes into account if water spouts or green roofs are in place. The site then generates a report telling the user about their lot, amount of runoff, ways to mitigate their impact and use their rainwater. 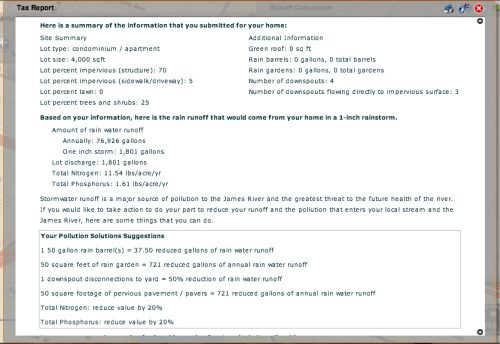 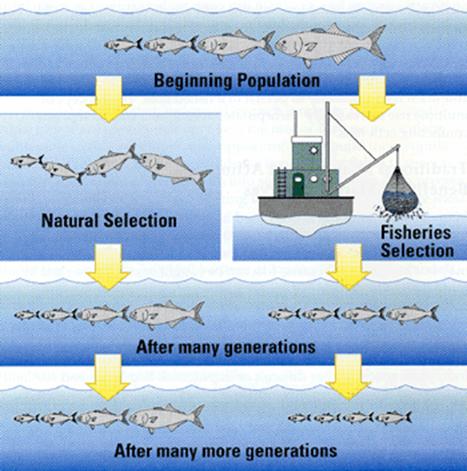 Shifting Baselines is an organization dedicated to preserving the world’s oceans, especially areas that are under high threat, such as coral reefs and kelp forests. The idea behind the name of the organization is that each generation has a different ideal of “pristine” environment. In other words, our idea of a healthy coral reef is very different (and much more degraded) than our grandparents’ idea of a healthy reef. The shift in the “baseline” of healthy habitats causes degradation to continue. In an effort to inform the public about this issue, many celebrities, such as Jack Black, have made short video clips that help the public to understand this concept and why it is important to save these areas by creating MPAs (Marine Protect Areas), which are similar to National Parks.

Yellowstone to Yukon Conservation Initiative Banff National Park which is located in Canada, has a large number of wildlife. Unfortunately for the wildlife, a busy highway runs through the middle. This harms the wildlife ability to cross to other parts of the park, and also causes for a large number of roadkills by traffic. In response to this the park put up fences for wildlife around the highway and built two overpasses and twenty-two underpasses for wildlife to cross the road safely. There structures were built more than a decade ago.

The world’s largest dam and hydropower generator, the Three Gorges located in Western China will reach its final height of 175m this month. The Three Gorges Dam was constructed in 1995 and finished in 2008. The International Rivers Network is an environmental and human rights organization that advocate and fight to protect rivers and the rights of communities and people’s livelihoods that depend on river systems. The International Rivers network reported that with the rise of the Three Gorges Dam reservoir, prospective dam developers should be aware of the environmental and social impacts of building and constructing dams. Countless environmental and social rights have been violated as a result of the Three Gorges Dam. The dam created a 600km long reservoir of the Yangtze River that has submerged over 1350 villages under water and will continue to displace over 500,000 people from the Yangtze Valley, 1.3 million have already been displaced and not fairly compensated. Humans are not the only ones affected, species of fish, birds, ancient artifacts, and ecosystems are altered and endangered. The region experiences frequent landslides, erosion, and earthquakes due to the volume and weight of the reservoir.