Thank you for writing about destitution in America with astonishing specificity yet without voyeurism or judgment. Thank you for showing it is possible to compose spare, beautiful prose about a complicated policy problem. Thank you for giving flesh and life to our squabbles over inequality, so easily consigned to quintiles and zero-sum percentages. Thank you for proving that the struggle to keep a roof over one’s head is a cause, not just a characteristic, of poverty.

It has been a long time since a book has struck me like Desmond’s “Evicted,” not since Drew Gilpin Faust’s “This Republic of Suffering,” which showed how Americans dealt with their Civil War dead. I suspect the resonance is not coincidental. Desmond, a sociologist at Harvard University, writes about another kind of mass death: The demise of opportunity and of hope that occurs when individuals are forced to leave their homes.

“Losing a home sends families to shelters, abandoned houses, and the street,” Desmond writes. “It invites depression and illness, compels families to move into degrading housing in dangerous neighborhoods, uproots communities, and harms children. Eviction reveals people’s vulnerability and desperation, as well as their ingenuity and guts.”

“Evicted” immerses readers in the lives of families and individuals in Milwaukee in 2008 and 2009, people trapped in — or thriving off — the private rental market for the poorest, a brutal world where landlords have all the power and tenants feel all the pain, where nearly 1 in 8 renters in the city are compelled to move in a two-year span.

We meet Arleen, trying to raise her boys, Jori and Jafaris, while cycling through so many homes and shelters and couches that it’s hard to keep count. Even when she finds a home, keeping it for long seems impossible when the rent consumes 88 percent of her $628 monthly welfare check. She loses her possessions because she can’t pay the storage facility; her welfare case is closed because she misses appointments (the notices were sent to addresses from which she’d been evicted); in one stretch, she calls 90 landlords before securing an apartment, one she will soon lose, just as she temporarily loses her sons to Child Protective Services. “Just my soul is messed up,” she explains. “Sometimes I find my body trembling or shaking. I’m tired, but I can’t sleep. . . . My body is trying to shut down.”

Desmond lingers on the psychological devastation of substandard housing. The eight-person, three-generation Hinkston family (all names have been changed in the book) crams into a wretched space, which they treat “as something to endure, to outlast” — the kitchen without power; the food rotting in the foul-smelling refrigerator; the roaches crawling the sinks, toilets and walls, burrowing into the mattresses.

The landlord refuses to fix the property, so the tenants do, too. The worse the house got, “the more everyone seemed to become withdrawn or lethargic,” Desmond writes. Doreen, the matriarch, mother of four and grandmother of three, stops cooking, and the kids eat cereal for dinner. Her daughter Patrice, 24 and a mother of three, sleeps in more. Natasha, 19 and about to become a mother herself, spends more time at her boyfriend’s house. Patrice’s son, Mikey, misses homework assignments, and his teacher warns that he might repeat a grade. Everyone stops cleaning, and trash spreads throughout the kitchen. “Substandard housing was a blow to your psychological health,” Desmond writes, “not only because things like dampness, mold, and overcrowding could bring about depression but also because of what living in awful conditions told you about yourself.”

“Evicted” does not traffic in tired arguments about racial pa­thol­ogies or family breakdown. Rather, Desmond identifies perverse market structures, destructive government policies and the cascade of misfortunes that comes with losing your home.

[The wrong way to write about the rich and the poor]

Eviction usually leads to two moves, not just one, he explains, as tenants settle for dangerous, degrading housing as a stopgap while seeking a more permanent alternative. (“The second move could be a while coming,” Desmond writes.) Job loss can lead to eviction, but the reverse happens as well, with evictions causing people to miss work, to make more mistakes on the job or to relocate farther away from a workplace.

Nuisance ordinances allow police to penalize landlords — leading to fines, revoked licenses, even jail time — for their renters’ behavior. But it’s the tenants who suffer. In 2008 and 2009, Milwaukee police averaged one nuisance-property citation every 33 hours, Desmond reports, usually for loud arguments, noise complaints or domestic violence. In 83 percent of those cases, landlords responded by evicting the tenants or threatening to do so. Often this involved evicting women abused by men who did not live with them. Battered women face a “devil’s bargain,” Desmond writes: “Keep quiet and face abuse or call the police and face eviction.”

“Evicted” features men struggling in the eviction economy — Lamar, a Navy veteran, double amputee and recovering addict; Scott, a nurse who had his license revoked over his opioid addiction — but black single mothers embody this phenomenon. “If incarceration had come to define the lives of men from impoverished black neighborhoods, eviction was shaping the lives of women,” Desmond writes. “Poor black men were locked up. Poor black women were locked out.”

Desmond moved into the trailer parks and neighborhoods he writes about. “The only thing to do is to spend as much time on the ground as you can, transforming yourself from novelty to perpetual foreigner,” he explains. This immersion not only allows him to spend much time with the families, but it also helps him identify the seasonal rhythms of eviction. Housing courts are packed in December, he explains, because “many parents chose to take their chances with their landlords rather than face their children empty-handed on Christmas morning.” By contrast, Milwaukee evictions are most sparse in February; that is when the working poor can devote a chunk of their earned-income tax credit to paying overdue rent. “This annual benefit is as much a boost to landlords as to low-income working families,” Desmond explains.

Landlords wield their great influence capriciously. They discriminate against families with kids and prospective tenants with a prior eviction, and their screening concentrates poverty. “From thousands of yes/no decisions emerged a geography of advantage and disadvantage that characterized the modern American city: good schools and failing ones, safe streets and dangerous ones,” Desmond writes. “Landlords were major players in distributing these spoils. . . . This also meant that violence, drug activity, deep poverty, and other social problems coalesced at a much smaller, more acute level than the neighborhood. They gathered at the same address.”

Sherrena, a landlord and owner of three dozen housing units in Milwaukee’s poorest neighborhoods, emerges as the book’s most unforgettable personality. Desmond shadows her as she finds renters, kicks them out, goes to eviction court and delivers unexpected kindnesses — bringing $40 in groceries to a new tenant — along with astonishing callousness.

When one of her properties catches fire and a tenant’s baby girl dies in the flames, Sherrena wonders if she must return the latest rent check. “The fire inspector said no,” Desmond writes, “and that settled it in Sherrena’s mind. ‘They are not getting any money back from me,’ she said.” Sherrena’s net worth is about $2 million, but the real money is in rents, not equity, and her most run-down properties are often her most lucrative. “The ’hood is good,” she explains. “There’s a lot of money there.”

Decent, affordable housing “should be a basic right for everybody in this country,” Desmond argues. “The reason is simple: without stable shelter, everything else falls apart.” His proposals range from publicly funded legal services for poor families in housing court to a universal housing voucher system and restrictions on the rents landlords can charge. He makes a passionate and reasoned case, but it is his accounts of people’s lives that leave the strongest impression.

And he’d rather we focus on those stories. “I hope that when you talk about this book,” he concludes, “you talk first about Sherrena and Tobin, Arleen and Jori, Larraine and Scott and Pam, Crystal and Vanetta — and the fact that somewhere in your city, a family has just been evicted from their home, their things piled high on the sidewalk.”

Let me briefly disregard that admonition. “Evicted” is an extraordinary feat of reporting and ethnography. Desmond has made it impossible to ever again consider poverty in America without tackling the central role of housing — and without grappling with “Evicted.” 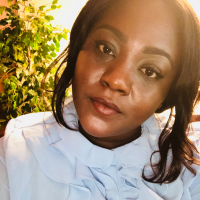