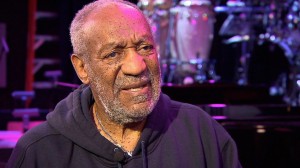 The unthinkable has happened again. Another widely admired public figure is facing allegations of horrific conduct, and fans are scrambling to make sense of it all.

For at least a decade, rumors have swirled about Bill Cosby’s improprieties with women. The accusations never stuck and so we could easily dismiss them and give Cosby the benefit of the doubt. But over the past few weeks at least a dozen women have come forward with allegations that Cosby sexually assaulted them, used date rape drugs on them, or both.

A former employee of Cosby has also admitted to helping Cosby find private time with these women and then paying them thousands of dollars, presumably to keep them quiet.

These repulsive acts, if they occurred, contrast so markedly from the image of Cosby as America’s dad, Mr. Huxtable, who gently and lovingly parented his children in his 1980s television sitcom. This same Cosby made us laugh and gave us great joy with his Fat Albert series and in his groundbreaking role in the 1960s series, I Spy.

Four years ago, we blogged about Cosby as a hero. He overcame racism directed toward him to blaze a trail for African-Americans. Cosby broke down stereotypes, and he was unafraid to take strong and sometimes unpopular stances about race and class in America. 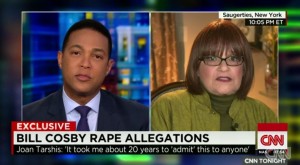 We don’t know all the facts yet, but what we do know is that the usual polarization of opinion about a fallen hero has occurred. Some fans have decided to remain fans of Cosby. At a recent concert, Cosby received two standing ovations. But many other fans have jumped ship and are spouting venomous ire toward Cosby. To them, he is now a villain.

The psychology here is not yet clear. What distinguishes fans who may be loyal to a fault from fans who bolt at the first sign of trouble? There appear to be individual differences in the elasticity of the hero concept. Those with low elasticity may not tolerate much deviation from the idealized image of the hero. In contrast, those with high elasticity may have a higher tolerance for ambiguity and for evidence that contradicts the heroic ideal.

Psychologists who study social cognition have found that people engage in motivated cognition. Our motivations influence the way we interpret information. For example, people who like President Obama will interpret neutral and ambiguous behaviors performed by Obama more favorably than will people who dislike the President. And those who truly love Bill Cosby may be willing to give him far more benefit of the doubt compared to those who only have a neutral or mildly positive opinion of him.

In an earlier post, we proposed that people form an implicit contract with their heroes. The agreement involves the idea that we will give heroes our adulation and support, but in return they must maintain an idealized image of human greatness. If a hero misbehaves, we consider it a breech of contract and we withdraw our admiration and support. We may also show considerable anger about the contract violation — witness the outrage directed toward Tiger Woods and Lance Armstrong that still lingers today. A broken agreement can turn a hero into a villain quickly and easily.

For many people, Cosby has broken this implicit contract and deserves condemnation, if not a prison sentence. 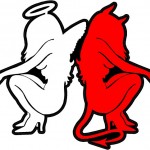 More than a half-century ago, Carl Jung proposed the idea that all humans have collectively inherited unconscious images, ideas, or thoughts, which he called archetypes. These archetypes reflect common experiences that all humans (and their ancestors) have shared over millions of years of evolution, and the main purpose of these archetypes is to prepare us for these common experiences. Two such archetypes, according to Jung, are heroes and demons.

People tend to paint their social world with all-or-nothing brushstrokes. For many of us, Bill Cosby’s sexual transgressions moved him quickly from the hero category to the villain category. There doesn’t seem to be an in-between category, suggesting that there is more of a fine line between heroism and villainy than we realize.