What makes a hero? Courage, intelligence, cool thinking in hot situations? That’s typically what people think of as the raw material for a hero. But I’d like to offer an alternative opinion: What makes a hero is irrationality and madness. Being a hero involves taking an action that doesn’t make sense. If it made sense, it wouldn’t be heroic; it would be logical. Often, when the press interviews someone who’s done a brave thing, such as run into a burning building to save someone’s life, his or her comment afterwards is to the effect, “I acted without thinking.” When people jump into the water to save someone from drowning, they risk their own life. The mental calculus is a sure loss of one life vs. a possible loss of two lives. What is logical? Well, it depends on the likelihood of success. If there is a very high chance (Olympic swimmer to the rescue), then the action is logical and not heroic. If there is a low chance, then the action is heroic but very foolish and not rational. In other words: Crazy.

Who are the superheroes? The modern archetype is Superman or Batman. These heroes are larger than life. Superman was literally superhuman (or super-non-human, actually, as he was born on the doomed planet Krypton) and Batman was the son of rich doctor and became a millionaire industrialist. Consider Spider-man, skinny teenager bitten by a radioactive spider and somehow imbued with the power of a spider. A less well-known hero is Green Lantern, who was actually part of an interstellar police force organized by the Guardians of the Galaxy to patrol the universe. According to the origin story, an alien Green Lantern crashes on earth and sends his power ring on a mission to find a man without fear. Green Lantern’s power takes the form of a green ring that holds a tremendous reserve of green energy.

What do these superheroes have in common?  They are all mentally disturbed.

Superman is actually Kal-El, a child is rocketed to earth by his parents just as his entire planet explodes. 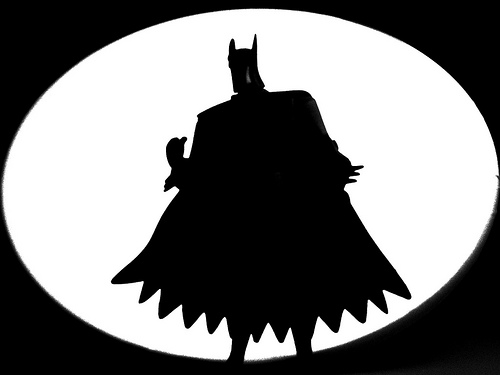 Kal-El becomes Clark Kent, who, in turn, becomes Superman. What is probably Clark’s sole motivation in life? To atone for surviving the death of his home planet. When he’s not saving the world, Kal-El/Clark/Superman delights in hiding behind these different identities and sets up a love-hate relationship with Lois
Lane.

Batman is, in reality, Bruce Wayne, who saw his parents murdered as a child. He explicitly devotes the rest of his life to fighting crime, to avenge the death of his parents. Dressed as a giant bat, no less!!!

Spider-man initially plans to turn his superpowers into a gravy train by appearing on the Ed Sullivan show as an acrobat. He is too self-focused to bother to stop a criminal who ultimately murders his Uncle Ben. When Spider-man realizes the cruel twist of fate, he devotes the remainder of his life to fighting criminals (“with great power comes great responsibility”).

As a man without fear, Green Lantern is probably clinically insane. Fear is a normal response to danger. Without fear, what is to stop Green Lantern from walking into a hail of bullets or jump into a lion’s cage?

Without the fear of repercussions, what stops him from stealing money, or raping women? With the power ring, he would be unstoppable: An imposing force without a care in the world.

Generally, we think of a hero as a figure deserving of admiration. We assume that heroic behavior is motivated by a positive human emotion or noble characteristic. But in reality, people do what appear to be good deeds for self-aggrandizing reasons. Are sports figures heroes, or opportunistic individuals trying to make a buck by exploiting a skill they possess? Are police officers and fire fighters heroes or civil servants trying to make a living to pay on a mortgage? With a modern mass media system, everyone knows that a good deed can be spun into a series of appearances on talk shows and ultimately a book deal.

There is a thin line between hero and crazy person (Beggan, Gagne, & Allison, 2000). When we set up our children to admire heroes, what are we really teaching them? To self-aggrandize, to take careless risks, to disregard logic? Is that really what a hero does?

Jim Beggan was born in Buffalo, NY, spent five years in graduate school in Santa Barbara, and has lived in Louisville, Kentucky for over twenty years, where he is an associate professor of sociology at the University of Louisville. As a kid, he developed an interest in comic books, initially a fan of DC comics but eventually a fan of Marvel. He still remembers the glory days when Captain Marvel gained cosmic awareness and became at one with the universe. Currently, he teaches courses on human sexuality, statistics, and self and society. When he is not teaching or doing research on exercise videos, he does the Insanity workout videos, walks on a treadmill, and swing dances in the vintage style. At the moment, he is working on his balboa technique.

Oops!  We had to remove the hero profile you’re looking for because it will soon appear in our new book Heroic Leadership: An Influence Taxonomy of 100 Exceptional Individuals, to be published by Routledge in 2013.

Our contract at Routledge required us to remove many of our profiles on our blog at this time.  But we do have other hero profiles and information about heroes on the menu bar located on the right side of this page.  Check it out!

In the mean time, please accept our apologies.  Here is more information about our new book.

You can click here to return to our HERO home page.  And thanks for visiting!

Comic book superheroes have long captured people's imaginations.  The prototypical superhero has an extraordinary power or ability, a secret identity, a strong moral code, a striking costume, a sidekick, and a mortal enemy.  The world inhabited by the superhero is typically dark and sinister, with a formidable villain posing grave danger to the general population.  Only the superhero can save this world.  He or she (but usually he) triumphs by overcoming three types of obstacles:  family of origin issues, a unique personal vulnerability, and the fearsome villain.

The latest superhero enjoying great popularity is Iron Man, portrayed in two recent movies by Robert Downey, Jr.  Iron Man made his first appearance in a Marvel Comic book in 1963, at the height of America's cold war with the Soviet Union.  Iron Man's secret identity is Tony Stark, a brilliant weapons designer who suffers a severe heart injury while being kidnapped by a foreign menace.  In the original comic version, the kidnappers are Russians; in the first Iron Man movie, they are Afghan terrorists. 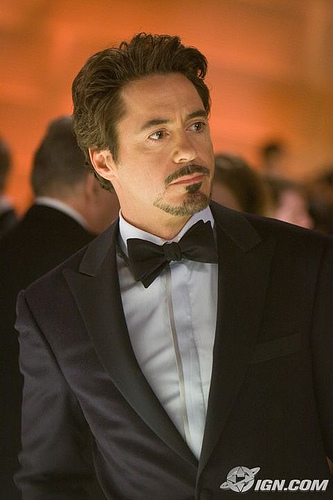 To save his life and aid his escape, he constructs a powered suit of armor that transforms him into a nearly unstoppable human weapon.

What accounts for the great critical and box-office success of the Iron Man movies?  There are several factors.  First, the part of Tony Stark is played superbly by Robert Downey, Jr., who is both charismatic and likeable.  Second, as viewers of Stark's remarkable accomplishments, we are especially impressed because he is a man without an innate superpower.   He relies solely on his superb mind and fierce determination to overcome his enemies.

Third, the Iron Man movies have successfully put a modern spin on many of the classic superhero themes.  For example, narcissism, rather than humility, is seen as a virtue.   In place of the cold war is the threat of terrorism, to which all modern viewers can relate.  Modern technological gadgets are portrayed as the solution to the world's problems; we even witness Robert Downey, Jr. use his cell phone to hack into the U. S. government mainframe.  There is racial and gender diversity, with African-Americans and women showing as much physical prowess and genius as Tony Stark himself.

But with all these modern trappings, Iron Man owes most of its success to its effective use of the classic elements of the heroic journey.  There is a poignant origin story, featuring Stark’s emotionally unavailable father who plants the seeds of greatness in his son.  There is adversity for Stark to overcome, namely, his damaged heart that is failing him and requires his genius to 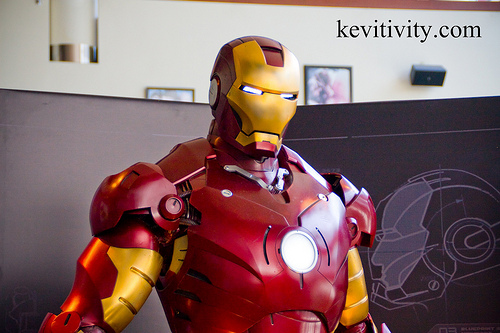 repair.  The villain in Iron Man 2 is an evil Russian physicist, who is nearly Stark's intellectual equal.  Stark's inherent goodness is highlighted when he saves a small boy from certain death at the hands of the villain.

Iron Man 2 also emphasizes the hero's reliance on social support to achieve his noble goals.  Early in the movie, Stark notes with pride that he has no sidekick, yet in the final battle with the villain he concedes that he needs help from his friend, James Rhodes.  The movie ends with Stark winning the heart of his beautiful female love interest, Pepper Potts, played by Gwyneth Paltrow.  Throughout the story, Stark receives important assistance from both Potts and the physically formidable Natalie Rushman, played by Scarlett Johansson.

Why are we drawn to superheroes?  Put simply, we admire their ability to overcome imposing obstacles and triumph over evil.  In a dark world, their actions shine the light of hope and promise for a better tomorrow.  Below is a movie trailer for Iron Man 2.