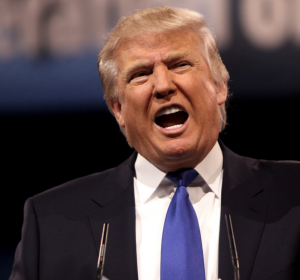 Years ago, my mother taught me that we can learn something important from every person that we encounter. Donald Trump, the 45th US President recently defeated in the 2020 election, was someone from whom we can learn many enduring lessons about how to live a healthy and happy life.

Here are ten such life lessons that Donald Trump taught us:

1. The importance of humility

Known as the mother of all virtues, humility is the antidote to pride and narcissism. While many public figures are narcissists, Donald Trump was an extreme one. He had a grandiose sense of self-importance, sought praise and admiration, bullied and intimidated others, and believed that many basic rules of life didn’t apply to him. His ego would not allow him to accept his loss to Biden in the 2020 election. As a result of his toxic narcissism, Trump was in constant legal trouble, had a long track record of volatile and broken relationships, and almost destroyed America’s democracy. The lesson is clear: humility plays a pivotal role in living a happy, healthy life.

2. The importance of growing throughout the lifespan

Dozens of psychologists over the past century have proposed stages of human growth and development. These stages involve moral, emotional, spiritual, social, and other types of development. People are meant to evolve into caring, sociable, emotionally stable beings. Donald Trump’s volatility, egotism, friendlessness, and penchant for wrongdoing all suggest that he is stuck at very early, immature stages of development. The lesson is clear: we are designed to grow into our best selves, capable of cultivating healthy habits and healthy relationships.

3. The importance of unifying people

Heroic leaders succeed in unifying people. Consider Gandhi, Mandela, and Martin Luther King, Jr. They saw all people as valuable regardless of color, nationality, religion, and more. Heroes build unity, whereas villains foment discord and divide people. Donald Trump spent his four years in the White House disparaging people of Mexican, Arab, and Chinese descent. He also vilified Democrats and any media who disagreed with him, 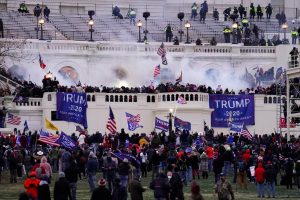 and he was even willing for the US to go to civil war rather than accept his loss in the 2020 election. The lesson is clear: Good people and good leaders brings us together rather than divide us.

Good leaders are role models who set a good example and give cues about appropriate behavior. Psychologists know this from the famous Milgram obedience study. When the experimenter told research participants that it was okay to apply painful electric shocks to another person, they did so. Donald Trump made daily hostile attacks toward others on Twitter and at his rallies. Those attacks encouraged his followers to show intolerance and direct violence toward others. The lesson is clear: it is up to each of us, especially our leaders, to role model kind, loving behavior.

5. The importance of planning for future generations

During his term as president, Donald Trump rolled back nearly 100 environmental protection rules and laws designed to provide future generations of people with clean water and air, and to protect animal life. He did this during a time of mass extinctions and unprecedented climate change. For Trump, it was all about short term gain at the expense of long term well-being. The lesson is clear: It is up to each of us, especially our leaders, to think of the well-being of the next several generations.

6. The importance of science

While he was president, Trump repeatedly disregarded the recommendations of scientists and the medical community. He boasted that his instincts were more reliable than factual data. His disregard of science damaged our planet and caused thousands to die from COVID-19. The lesson is clear: if humanity is to survive, leaders need to listen to science and act on the recommendations of scientists.

7. The importance of truth-telling

Although almost all politicians take liberties with the truth, Trump took outright deception to a new level. His mountain of lies could always be verified by objective fact-checking organizations. Trump’s prevarications got so bad that Twitter would censor him and news organizations would cut away from his news conferences to set the record straight. His Big Lie, the one all authoritarian leaders use to abuse power, was that Joe Biden won the 2020 election fraudulently. The lesson is clear: Good leaders, and good people, tell the truth.

8. The importance of cultivating loving relationships

Like most narcissists, Trump had a long history of mistreating people and sabotaging relationships. He was belligerent and bullying in real life, and especially on Twitter. He routinely abused and bullied women, and was estranged from many of his friends and associates. The lesson is clear: healthy people enjoy stable, loving relationships with others.

9. The importance of good leadership and followership

This article has outlined several criteria for good leadership. But just as important is good followership. Followers should be wary of overly self-confident leaders. Even more importantly, followers need to question leaders who scapegoat others, who diminish others, and who stir up anger. The lesson is clear: good leaders bring out the best in us, and if they don’t, it’s up to followers to replace those leaders.

10. The importance of not being a cautionary tale

The most important reason for being a good human is that it’s the right thing to do. If that weren’t enough, consider the legacy issue: How do we want to be remembered? Trump’s legacy is one of dishonesty, corruption, abuse of power, treason, and disregard for our planetary ecosystem. He got all the fame that he craved for, but at great cost to his name and to all of humanity. The lesson is clear: do not be a cautionary tale.

Donald Trump isn’t the only politician who has these ten lessons to teach. Many disastrous leaders in history have similarly tarnished legacies. No single American politician, however, has ever illustrated these ten life lessons with such clarity and urgency. Let’s all work at becoming our best selves, not our worst. And let’s be sure to elect our best leaders, who are always those who help bring out the best in all people.