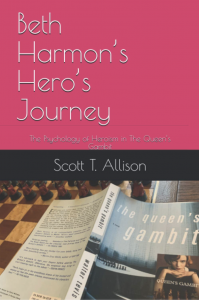 This short booklet explores the heroic life of Beth Harmon in The Queen’s Gambit. Why are people so drawn to her story? What is so powerful about her heroic journey?

Beth Harmon is a young woman living in a man’s world. She is dirt poor. She’s lost not one but two mothers. She’s addicted to drugs and alcohol, and because of the severity of her losses, she’s emotionally stunted. She may be a chess genius but she’s an American playing a game that has been dominated by the Russians for decades.

As we watch Beth’s life unfold, it becomes clear to us that Beth’s most formidable opponent in life is not her mother, her addictions, or even the male dominated world in which she lives. Her chief adversary is herself.

The ultimate underdog, Beth Harmon manages to climb to the top of the chess world. Harmon ranks among the finest and most inspiring hero characters in television history.

Beth Harmon’s Hero’s Journey: The Psychology of Heroism in “The Queen’s Gambit” is now on sale at Amazon.com. 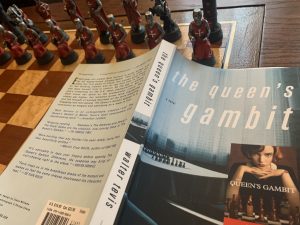 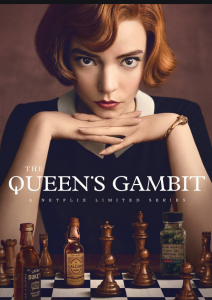 One thought on “Beth Harmon’s Hero’s Journey: The Psychology of Heroism in “The Queen’s Gambit””