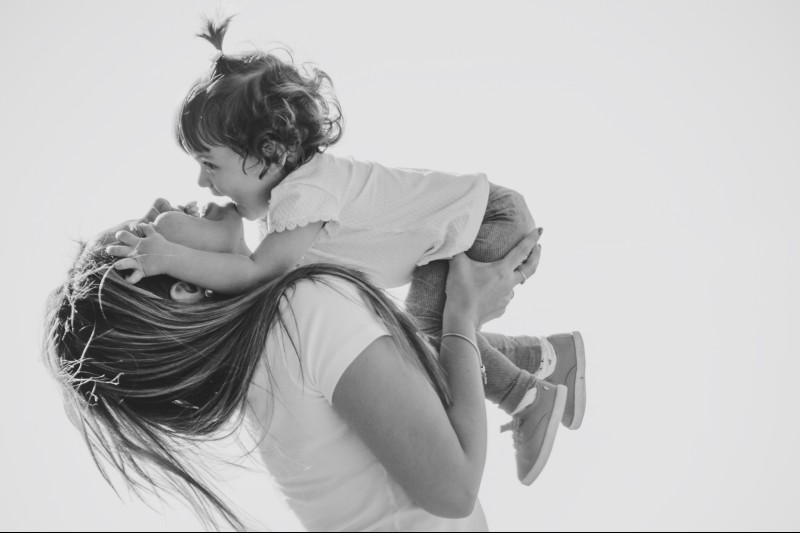 It’s a familiar story – a mother sacrifices her life to save her children. On February 7, 2019, Kristina Stratton ran into her burning home to rescue her four kids from their upstairs bedrooms. The children made it out safely, but Stratton succumbed to the flames.

Each year we celebrate Mother’s Day, and for good reason. Our mothers are our Number One Hero, according to our surveys. Fathers occupy second place in our hero surveys, but they are a distant second.

Mothers are indeed the mother of all heroes.

For the past several years, psychologists have been able to pinpoint the precise reasons why people need heroes. Our heroes appear to serve four important functions, which spell out the word DIME: (1) Defense and protection; (2) Intelligence and wisdom; (3) Moral modeling; and (4) Enhancement and inspiration.

Our mothers excel at fulfilling all four of these functions. Here’s how mothers do it:

Kristina Stratton is certainly not the only mother who has died while defending and protecting her children. Hundreds of mothers around the world perish each year while shielding their kids from danger. Legendary stories of mothers sacrificing their lives abound, and in fact there are so many tales throughout the ages that Snopes and other fact-checking sites question their veracity.

Legends are usually based on truth, and there is no doubting the truth about our mothers’ willingness to make the deepest of sacrifices for their children.

The protection function of heroes is seen in our respondents’ comments about why their mothers are their heroes. Typical responses include, “My mother protected me from neighborhood bullies” and “My mother kept me safe from predators.” Rebecca M. Fischer, a student researcher at the University of Richmond, found that mothers are “biologically driven to protect, care for, and motivate their children to succeed.”

Other colleagues of mine at Richmond, Craig H. Kinsley and Kelly G. Lambert, have discovered that motherhood changes the brain, producing maternal behaviors directed toward protecting their young from danger.

Scientists are beginning to uncover evidence that intelligence is inherited more from mothers than from fathers.

In addition, mothers tend to be fiercely committed to passing on wisdom to their children. My own mother taught me that the most important things in life are intangible and cannot be bought – love, integrity, character, and honesty.

Many of our most cherished heroes credit their mothers for teaching them fundamental truths about life. George Washington observed that “all I am I owe to my mother. I attribute all my success in life to the moral, intellectual and physical education I received from her.”

A mother’s wisdom is often wrapped in compassion for others. Poet Maya Angelou’s mother encouraged her to “always be intolerant of ignorance but understanding of illiteracy. Some people, unable to go to school, are more educated and more intelligent than college professors.”

Our mothers are heroes to us because they role-model the highest standards of human conduct. Abraham Lincoln once noted that “all that I am, or can be, I owe to my angel mother.” Andrew Jackson claimed that “there never was a woman like my mother. She was as gentle as a dove.”

In his annual Presidential Proclamation of Mother’s Day, Barak Obama emphasized how mothers “shape America’s character”. Many mothers “struggle to raise children while pursuing their careers or as single parents working to provide for their families.” Mothers lead “by powerful example and overcoming obstacles so their sons and daughters can reach their fullest potential.”

As children, we watch our mothers’ selflessness and daily sacrifices, and we learn that we’re all called to perform these acts of kindness for others.

4. Mothers Enhance and Inspire Us

Our respondents to our hero surveys never fail to mention how much their mothers made them better people. Typical responses include, “My mother inspired me to become my best self” and “My mother motivated me to develop my fullest potential.”

Olympic champion Wilma Rudolph’s mother helped the track star overcome polio. “The doctors told me I would never walk again. My mother told me I would. I believed my mother,” she said.

Inventor Thomas Edison shared a similar story. “My mother was the making of me,” he said. “She was so true, so sure of me; and I felt I had something to live for, someone I must not disappoint.”

Facebook executive Sheryl Sandberg has said that her mother “raised me and my sister to believe that we could do anything, and we believed her.”

Our mothers think the world of us and want what’s best for us. They help us all reach for the stars and maximize our fullest potential.

Mother’s Day far exceeds Father’s Day in terms of greeting card sales and gift expenditures, and for good reason. Mothers are our Number One Hero because of the free offering of love that they give us. They are there for us when we need emotional support. Mothers hug us. They comfort us when we cry and let us sit on their laps. They kiss us on our cheeks before school and at bedtime at night.

Yes, social norms are changing and we now see more fathers taking on the role of nurturers than in previous generations. But the emerging science of heroism helps explain why we reserve a special place in our hearts for our heroic mothers.