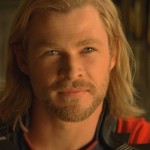 Every summer seems to have its share of movies featuring superhero protagonists, and the summer of 2011 is no exception.  This year we have Captain America and his fight with World War II Nazis.   There is also the Green Lantern's battle with the awesome power of Parallax.  Perhaps topping them all is the Norse God of thunder, Thor, who must overcome the Frost Giants and the treachery of his own brother.

Movie studios are releasing more and more superhero movies with each passing decade.  Over the past few summers, ultra-successful films have been made featuring Batman, Iron Man, the X-Men, and the Fantastic Four, to name but a few.  We appear to be enthralled by tales of people who possess superhuman powers, who are confronted by evil, and who overcome formidable obstacles in triumphing over the direst of circumstances.

Why do we identify with super beings with magical powers?  One reason is that the creators of superheroes endow them with a 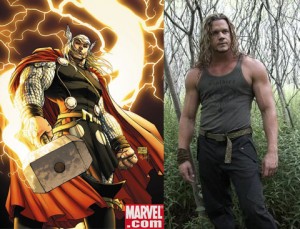 crucial flaw or limitation that makes them very human in their vulnerability.  Almost inevitably the superhero's flaw jeopardizes his life and the lives of those he wishes to save.  With a small assist from a sidekick, often a mere human, the superhero is able to overcome his shortcomings and vanquish the enemy.

Quite early in the movie Thor, we encounter the superhero's three flaws:  pridefulness, impulsiveness, and blindness to the manipulations of his evil brother.  These shortcomings of Thor lead to his banishment to earth, where he must live as a mere mortal.  As with most superheroes, Thor receives help from a variety of sidekicks, including a beautiful scientist named Jane who becomes his love interest.  She falls in love with two very important characteristics of Thor which are typical of a superhero:  his chiseled body and his mysterious origins.

The greatest source of Thor's superpower is the hammer Mjolnir which, after his banishment, is only accessible to him if he proves himself worthy to receive it.  After Thor has lived for some time as a mortal human, his arrogance begins to soften and he gradually acquires compassion and wisdom.  At the film's climax, Thor is engaged in a great battle with a seemingly indestructible automaton sent to earth by his disloyal brother.  Battered and near death, Thor offers to sacrifice himself to save others, a proclamation that affirms his worthiness to wield the hammer and defeat both the automaton and his brother's evil rule.

To ensure a sequel, the movie ends with a few loose ends.  Thor is separated from Jane, and not all 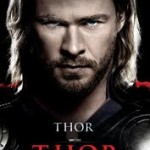 the villains have been defeated.  We look forward to seeing what happens in the next installment of Thor.

One final caveat:  Phil Zimbardo, a social scientist and expert on heroes, has lamented the fact that most people's default image of a hero is the classic superhero with superpowers.  According to Zimbardo, this mindset prevents people from recognizing that the most important heroes in our society are average, everyday people who lack superpowers but who do the right thing when called to do so.

Zimbardo may have a point.  We should indeed see ourselves, with all our puny human limitations, as potential heroes who can make a positive difference in people's lives.  At the same time, we see no harm in escaping into fictional worlds in which extraordinary beings such as Thor are able to transform entire societies with their super-strength and super-morals.  These superheroes may be just the right elixir for those of us who need an entertaining refuge from the dark realities and mundane routines of daily life.

Below is the trailer for Thor.

4 thoughts on “Thor, God of Thunder: Another Summer Blockbuster Superhero”