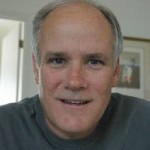 People are often motivated to improve their traits, abilities, and health.  Self-improvement is one of four central processes involving the "self", according to Psychology Professor Constantine Sedikides and his colleagues at the University of Southampton, England.  The three other processes are self-enhancement, self-verification, and self-assessment.  According to a 2009 article published by Sedikides and Erica Hepper, self-improvement has historically been portrayed in our society as "obligatory, inevitable," and "moral."

A number of people have made it their profession to help others improve; these people include teachers, coaches, mentors, and healthcare workers.  We call these individuals transparent heroes because they often invisibly make their positive contributions behind the scenes.  Tony Robbins is one of the few examples of self-help gurus who have attained celebrity status for motivating people to become better.  But most motivational writers and speakers are content to do their good work in obscurity, finding that helping others is its own reward.

Ralph Marston is a striking example of such a motivating individual.  Since 1995, Marston has been composing and sending positive messages about living a good life over the Internet, Facebook, and Twitter.  His daily messages are brief, never exceeding 200 words on his website, and never more than 140 characters on Twitter, where he has 100,000 followers. 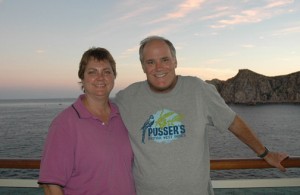 His uplifting messages urge readers to embrace a multitude of positive values, such as gratitude, discipline, purpose, love, acceptance, balance, and focus.

Marston describes himself as just a "regular person" in his mid-50s, living in Austin, Texas, with his wife and kids.  "I have always been interested in personal development," he said, "and I've applied many of the concepts I've learned, to my own life and business."

The popularity of Marston's daily messages initially caught him by surprise.  "I've been amazed at the tremendous positive response that it has received," he said.  "People from all over the world, in all walks of life, have a sincere interest in living lives of meaning, caring, dedication and fulfillment. I am extremely grateful that the technology of the Internet affords me the opportunity to share my work with so many people."

We suspect that as long as people are driven to improve themselves, there will always be people like Ralph Marston to help them on their journeys.  "Self-improvement is adaptive," wrote Sedikides and his colleague Michael Strube.  "Improving one's social, physical, and intellectual skills is a vital prerequisite for exceeding old boundaries and achieving goals far into the future."  Sedikides also notes that "self-improvement instills a sense of progress and hope" in people.

According to Ralph Marston, one of the keys to self-improvement is the ability to identify one's weaknesses.  "When you're honest with yourself about your weaknesses, and willing to put some effort into working on them, you've identified a powerful pathway for self improvement," he said.  Marston has good advice for people going through tough times in their lives.  "You can wallow in self pity or you can seize the opportunity for self improvement," he said.  "In every disappointment there is the seed of fulfillment. In every weakness there is the seed of strength."

One recurring theme in Marston's work is the idea that the possibilities of creating value in our lives are unlimited, and that each of us can choose to make that value come to life in our own unique way.  Below is a video clip offering a sample of Ralph Marston's self-improvement philosophy.

5 thoughts on “Ralph Marston: The Hero Who Promotes Self-Improvement”