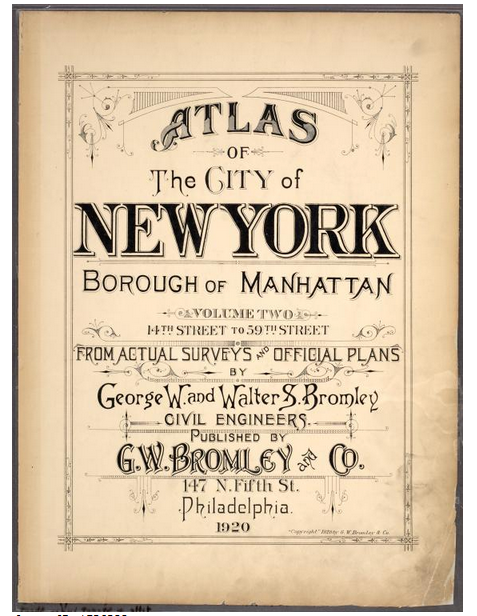 This atlas contains maps representing the borough of Manhattan. This series of maps is interesting because of the time in which they were produced, in 1920s. During the 1920s, many African-Americans were migrating from the South to Northern cities like Boston and New York. Some of the maps in this atlases show the borough of Manhattan, which contains the famous Harlem neighborhood, right before this cultural explosion. This atlas will be one of the last to represent (or arguably create) a reality of New York without an African-American influence.