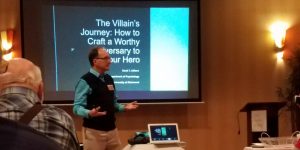 Below is a partial listing of phenomena discovered by Dr. Scott T. Allison’s research lab from 1985 to the present day.

The tendency to overlook the power of group decision rules in producing group outcomes, leading to the inference that group outcomes reflect group members’ attitudes.

People’s tendency to use two decision outcomes to assume that attitude change has occurred, overlooking the role of two difference decision rules.

3. The Feature-Positive Effect on Attitude and Consensus Judgments – 1988

The tendency of actions to exert a stronger effect on attitudes and consensus judgements compared inactions.

The tendency of people to rate themselves as more moral than others but not necessarily as more intelligent than others. (based on a quip from Ali who said after failing the Army entrance exam, ‘I never said I was the smartest, only the greatest’)

The phenomenon of people’s needs and motivations biasing their social comparisons in a self-serving manner.

The tendency of people to consume more than their fair share of a common resource when they resource is nonpartitioned in nature compared to when it is partitioned.

The bias in assuming that a successful outcome in public goods tasks is diagnostic of group members’ level of cooperation and competence.

The strategy of scientists to employ metaphorical images to inform their research on social dilemma situations.

The tendency of people to accidentally overconsume common resources.

A psychological model of resource consumption that consists of an initial application of a “divide equally” rule followed by an adjustment from this rule in a self-serving direction.

The tendency of people to evaluate the dead more favorably than the living.

People’s tendency to resist changing their impressions of the dead compared to the living.

The tendency of people to no longer root for the underdog when both self‐relevance and consequences are low.

The discovery that people believe that heroes possess the traits of wise, strong, charismatic, caring, resilient, reliable, selfless, and inspiring.

A system of psychological forces that can explain how humans are drawn to heroes, how they benefit from these heroes and their stories, and how heroic tales help people become heroes themselves.

18. Epistemic and Energizing Functions of Heroism – 2014

The conceptualization of the functions of heroism that includes epistemological needs involving the imparting of wisdom and emerging needs involving healing, growing, and inspiration.

The tendency of people’s current need states to determine their choice of heroes, with these need-states changing as a function of people’s developmental stages and their changing life circumstances. (named after Johnny Carson’s quip that after all his divorces, his hero changed from Babe Ruth to King Henry VIII)

The identification of benefits of suffering as offering (1) redemption, (2) developmental progress, (3) humility, (4) compassion, (5) social union, and (6) meaning and purpose.

Six commons patterns of transformation in heroes that involve changes in their mental, emotional, physical, spiritual, moral, and motivational state.

The tendency of heroes to transform from a state of egocentricity to sociocentricity; from dependence to autonomy; and from stagnation to growth.

Each human being’s built-in mandate to fulfill their heroic imperative by imagining and creating their own heroic growth.

The delay between the point in time when a hero first expresses their heroic message and when mainstream society adopts that message.

The tendency of heroes to demonstrate a mental and experiential approach to the world that is nondualistic, transrational, unitive, and empowered.

The mandate of transforming heroic leaders to meet the individual, collective, and transcendent needs of their followers.

The mandate of leaders to promote psychological wholeness and well-being by meeting the higher-level transcendent needs of followers.

30. The Hero Androgyny Phenomenon  — 2020
The tendency of heroes to possess both masculine and feminine traits, i.e., agency plus communality.

The imperative of the hero to perform the last and most crucial heroic act alone and independent from their friends and mentors.

The ability of the hero to achieve a healthy life balance needed to achieve their heroic mission. Heroes needs to balance intuition with reason; emotion with logic; self-confidence with humility; autonomy with dependency; personal life with professional life; and more.

The tendency of people to confuse fame for heroism, such that they attribute heroism to celebrities who are famous for non-heroic reasons.

The ability of leaders to use their bodily movements effectively in such a way to inspire and mobilize followers.