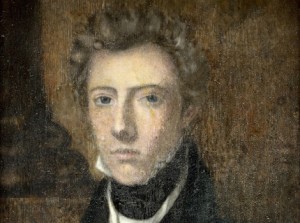 It seems almost like the makings of a popular television show: A roguish doctor who travels the world, helping the sick and the poor, all the while fighting duels and enraging those in power. He’s an outwardly unpleasant man with a sharp tongue, but one with compassion for his patients and a determination to help those he can.

But this wasn’t the plot to some new medical drama but the actual life of Dr. James Barry. Little is known for certain of his early life, but he began his medical studies in University of Edinburgh Medical School in 1809 and earned his MD in 1812. He continued his studies in London and passed his examination for the Royal College of Surgeons of England. He was commissioned as a Hospital Assistant in the British Army in 1813.

From there Dr. Barry rapidly rose in rank and served in a variety of places in the world; from India to South Africa to Malta to Crimea and to Jamaica. Wherever he went though he fought for better food, sanitation, and medical care for troops and their families, prisoners, and lepers. While in South Africa he performed the first successful Caesarean section, resulting in the infant being named after him. He decried unnecessary suffering and often advocated for the underclass.

He did seem to get into frequent trouble for his work. He made enemies, was demoted, accused of being homosexual, and even arrested during his career. None of that seemed to stop him or deter him from his work. 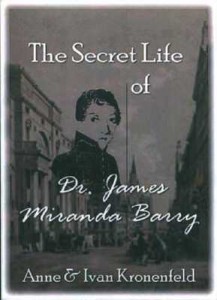 Dr. Barry retired in 1864 and died of dysentery in 1865. During the examination of his body it was reported that he appeared to have stretch marks indicating that he had given birth some years earlier.

James Barry had been a woman.

It is speculated that Dr. Barry was born as Margaret Ann Bulkley and took the name of her uncle, the Irish artist James Barry, in order to gain access to medical school. The ruse seemed to be a perfect one as no one apparently discovered it until his death. His enemies would occasionally call him “effeminate”, which reportedly led to a few duels as Barry would take offense to that.

But Barry was a woman who excelled all the while maintaining a near-perfect masquerade and in a time period when it was assumed that women could not do such things. Male or female Barry had a career that would make anyone proud. A life devoted to making the world a better place.

One of the dictionary definitions of a hero is: “somebody who is admired and looked up to for outstanding qualities or achievements”. In that case Dr. Barry is doubly so. One for devoting her life for others and the other for finding a way in overcoming the limitations that society had imposed on her.

The author, Jesse Schultz, has often pretended to be a writer on this blog, but in reality he just dresses like one.

5 thoughts on “Dr. James Barry: The Hero with a Secret”