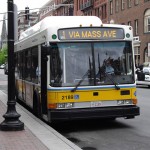 I had every hair color and style under the rainbow. I knew I was a faggot, even then, and I was trying to craft myself into an image that I was attracted to. So stupid. But I was a kid.

One day, I followed my favorite hair stylist into Quincy, Massachusetts. That was cool for me; my comic book shop was in Quincy. I could get my hair done, get my monthly “stash”. It all worked. I boarded the bus and made my way. Those were the days. I was wearing my favorite long coat. It was like a trench coat, but made of wool. I wore that coat for years. Wore it out, in fact.

I ended up beside a man who was, I guess, what would be called “troubled”. I’m sure you’ve met people like this before: it’s clear something isn’t quite right, but it’s difficult to define exactly what. He started talking to me. Just talking. My Mum would kill me, but me, I’ve always had a good handle on whether I’m in danger or not. At sixteen, yes, she would have killed me.

He said to me: “You must be a businessman.”

“Well, I saw that coat and I thought you must be a businessman.” 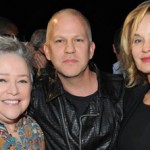 As impressed as he may have been with my coat, that wasn’t really his agenda. He wanted to talk. And he just kept talking. And I kept listening.

He was fixated on his childhood. He mentioned he was spending time in an institution in Quincy. Yes, a psychological institution. He spoke much about marijuana. Even then, it didn’t mean a thing. Ryan Murphy provided my latest cliché’ in American Horror Story: Asylum: “I don’t judge, Jude. I never judge.”

At one point in this man’s conversation, I happened to look across the bus at the other passengers. They were looking at me the same way they were looking at him. Time delivers some perspective. I was a child. These adults judged me, words unspoken, upon my casual association. It was, as if, well, you must be crazy, too, to be talking to him. I never forgot that feeling nor how unfair that was.

Was I that guy’s hero? And will I ever know? It was a time and a place in space and a circumstance and a mood and. . . well, clearly no one else on that bus was willing to talk to that man. Why not? It costs you. . . what? Respecting someone costs nothing.

I’m not sure why I’m telling this story. It was one of few defining moments in my life, but I haven’t told it in a very long time. I suppose my point is that I had been picked on, as every kid has, but that was kid stuff and I’ve always handled bullies well.

But, when those passengers on that bus looked at me, I realized that poor man was looked down upon like that every day of his life. It wasn’t a moment for him. It wasn’t a cute little story he could tell years later. He was harmless. All he wanted was an ear to bend, that’s all.

I suppose my point isn’t that my ears easily bend, but, rather, why is what I did such a difficult thing for most people? Who is the hero here? That stupid kid, sparing scant minutes of his life to listen, or that troubled guy fighting every day to live a better life? I never forgot that moment. It’s been thirty years now.

We have to try to help others where we can. Life wouldn’t make much sense otherwise.

Steve Hutchins supports heroism in all its forms and resides in Whitman, Massachusetts.

5 thoughts on “Leverage Your Fortune: Respecting Someone Costs Nothing”