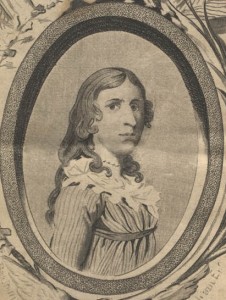 Freedom and independence were matters of conviction for the soldiers of the Continental Army who fought and won the American Revolution. For Deborah Sampson, that conviction ran deeper than most and her war was fought on two fronts. Her victories speak across the centuries and have no less meaning in the modern world.

Despite being descended from both William Bradford and Myles Standish, Deborah endured a childhood of poverty and deprivation. When her father vanished at sea, she was sold into indentured servitude, which remained her lot until she turned eighteen. Subsequently, her mother arranged for her marriage to a wealthy man, but Deborah had other ideas.

At this time, the War of Independence was in full swing and Deborah wanted to do her part for her country. Since women were not allowed to serve in the military, she disguised herself as a man and adopted the name of her dead brother to enlist. She was attached to the 4th Massachusetts Regiment as Robert Shurtleff.

As Robert, Deborah saw active combat on a number of occasions and suffered several injuries, including serious wounds to her head and leg. While her head injury was treated by medics, she was too fearful of having her identity as a woman exposed to allow them to 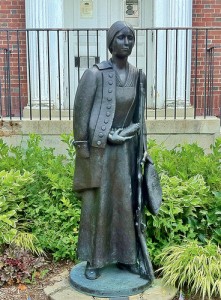 tend to her leg. She saw to this herself, removing one musket ball; unfortunately, she was not able to remove a second musket ball, which remained embedded in her leg, causing her difficulties for the rest of her life. Following these injuries, Deborah was promoted and assigned as the aide de camp of General John Patterson.

Toward the end of the war, Deborah returned to combat duty for mop-up operations and was stricken with fever. Unconscious, she was treated by Doctor Barnabas Binney, who quickly discovered her true sex. However, he did not betray her; in fact, he took her to his home, where he cared for her with the help of his family.

When the time came for her to be discharged, Doctor Binney gave her a letter to be delivered to General Patterson, which disclosed her circumstances. The general accepted this revelation with composure and, based upon his testimonial, as well as the testimonials of the other officers under whom she served, Deborah was given an honorable discharge from the Continental Army by General Henry Knox and Commander-In-Chief George Washington.

Her life as a veteran of the Revolution was equally remarkable. In the years following the war, she supported her family by becoming the first female lecturer in American history, 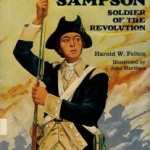 billing herself as The American Heroine. Like most other veterans, she had to petition the government for her back pay and pension. The Massachusetts legislature and Governor John Hancock approved her back pay, with interest. With the advocacy of her friend Paul Revere (who also supported her with loans in times of trouble), she was awarded a full military pension and land by the Congress of the United States. Upon her death, her husband was granted a widow’s pension.

Deborah Sampson is the official heroine of the Commonwealth of Massachusetts. No truer patriot ever lived. She not only participated in the birth of her nation, on peril of her life, but she embodied principles of equality that modern patriots still strive to achieve.

This is Hutchins’ tenth guest blog post here.  His first two, on astronaut and scientist Mae Jemison and the Fantastic Four’s Reed Richards, can be found in our book Heroic Leadership.

4 thoughts on “Deborah Sampson: A Patriot By Any Other Name”