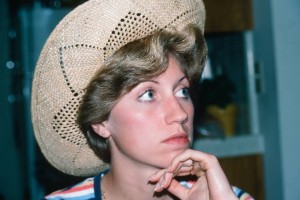 Recently, my sister Sheree passed away from stomach cancer at the age of 57.

On the surface, Sheree was no different from many people. She had a husband and two children, lived in suburbia, owned some pets, played the guitar, and loved to tinker with her home decor and yard.

But for those who knew Sheree and loved her, there was much more below the surface. She was a hero in her own quiet way.

Heroism is tough to define, but most people would agree that heroism involves improving the lives of others in significant ways. It is love and compassion put into action. Here’s one story that shows how, even at a very young age, my sister Sheree had great heroic instincts.

Back in the 1960s, we lived in a lower-middle class neighborhood in Pittsburgh, Pennsylvania. The houses in this neighborhood were packed very close together. The five of us – my father, mother, brother, Sheree, and me – lived in a small 800 square-foot home. Literally within an arm’s reach of our porch was the home of our neighbor, a woman named Irene.

Irene was a cranky, middle-aged widow with red hair and a terrible singing voice. We knew about the bad voice because she lived alone and entertained herself with loud singing. 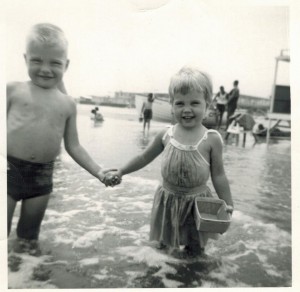 On warm summer evenings, with all the windows open in the hopes of catching an occasional breeze, we’d also catch that unmistakable singing. And to call it singing was generous. It was more like the screeching of a wounded owl.

The crankiness of Irene would be on full display any time the three of us kids ventured onto her property. We were very young kids who liked to play ball and go exploring, and so needless to say we’d stray into her yard now and then either out of carelessness or to retrieve a lost ball. When Irene saw us violating her space, she’d yell at us to get out. And much to my mother’s horror, her shouts would include a few choice swear words to boot.

None of us liked Irene, and we did our best to steer clear of her. But there were many times when we’d be shouted at, and the only comfort we took was that at least it momentarily stopped her from singing.

One day after one of Irene’s tirades, Sheree did something extraordinary. She was only five years old at the time, a sweet thing with blonde hair, deep blue eyes, and an endearing smile. She also had the instincts of a saint.

Sheree had just been on the receiving end of one of Irene’s outbursts. She ran home to escape our neighbor’s rant. But rather than stay home, 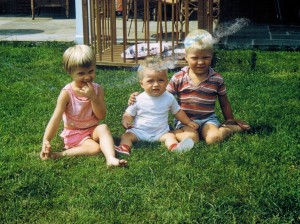 she decided to go outside and pick as many wildflowers as she could. She gathered them into a beautiful bouquet and then walked up to Irene’s front door and knocked. When Irene opened the door, Sheree handed her the flowers and apologized.

And Irene was forever changed.

Obviously touched by Sheree’s kindness, Irene never yelled at us again. In fact, she became a friend to the family.  Sheree’s simple act of reaching out with love and generosity had transformed Irene into a kind, neighborly soul.

Sheree’s kind gesture to Irene pretty much sums up the way she lived her life. She always went out of her way to show kindness to others, including me. Last September, after she had surgery to remove her stomach, she was very weak and in the hospital for almost a month. Yet she still found time to mail me a birthday card with her shaky handwriting wishing me well. I’ve kept the card and will always treasure it.

She died just two days after Christmas. Despite being in pain and obviously 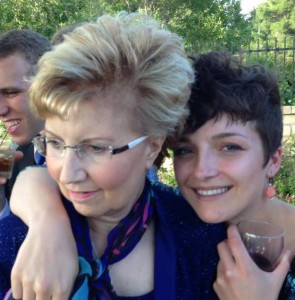 in a terribly weakened state, she still mailed me a Christmas gift just days before her passing.

There are other aspects to Sheree’s heroism, too many to describe here. She was an Art Docent in her local elementary school, teaching kids about art and famous artists, as well as tutoring and leading or participating in after-school reading programs. She took in stray animals. She reached out to people, and touched them with her smile, her heart, and her contagious laugh.

Irene was one of many whose heart was forever changed by Sheree. I count myself among this group, too.

Thank you, dear sister. I love you and miss you.

22 thoughts on “My Sister, the Quiet Hero”