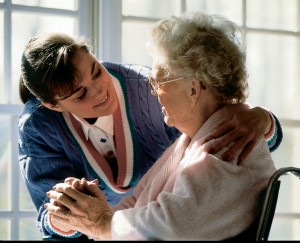 Sometimes we make the mistake of believing that the only heroes out there are the people we watch on television, read about in news reports, or see in the movies.  The truth is that each one of us has the ability to become a hero to someone.  Opportunities for heroism are everywhere!  We hesitate to bring you yet another top-ten list.  There are so many of these lists that someone once compiled a top 10 list of top 10 lists.

But because people have frequently asked us what it takes to be a hero, we feel the time is ripe to offer some suggestions.  We don’t claim that these are the only things one can do to become a hero.  But they’re a good start.   Keep in mind that this list reflects our own personal view of heroism as exemplary actions directed toward improving the lives of others.  If your idea of a hero is someone who scores many touchdowns or who sings great songs, then this list is certainly not for you.

Here then is our list of 10 ways that you can become a hero.

1.  Study the Greats – Almost all of us have personal heroes and legends who have inspired us.  Read their biographies and strive to discern the qualities that made them great.  Look for common patterns.  The Nelson Mandelas, Mahatma Gandhis, and Martin Luther Kings of the world had a vision of a better world and were willing to make life-altering sacrifices to achieve that vision.  They were smart, strong, courageous, resilient, and selfless.  They didn’t let setbacks deter them and showed great leadership.  Cultivating these traits and life habits can send you on your own heroic journey.

2.  Be the Change You Want to See in the World – This line, a paraphrased version of a quote from Gandhi, is saturated with truth and wisdom.  People can easily spot a hypocrite – the person who cries for energy conservation but drives a Hummer; the person who tells us to give to the poor yet gives little himself; or the person who advocates world peace yet spouts hatred on Facebook or Twitter.  True heroes live the words they speak.

3.  Listen for the Call – The famed comparative mythologist, Joseph Campbell, noticed that all heroes in world 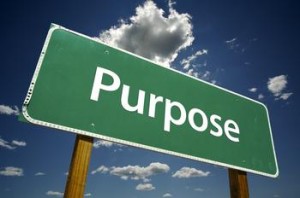 literature are “called” on a heroic journey.  C. J. Hayden refers to a calling as a “strong intuition, sudden realization, divine transmission, or just a subtle wondering.”  Many heroes report having a calling to act on behalf of animal rights, to teach in Africa, to run for President, or to quit their high-paying jobs to serve others at low pay.   Your own calling may be less dramatic but no less important to those you help in life.

4.  Promote the Good rather than Oppose the Bad — The most successful, heroic people focus on the positive.  They know that negative energy, even when directed against dark forces in the world, is ineffective for promoting positive change.  Mother Teresa is famous for saying, “I was once asked why I don’t participate in anti-war demonstrations. I said that I will never do that, but as soon as you have a pro-peace rally, I’ll be there.”

5.  Look for Opportunities – Psychologist Phil Zimbardo believes that all of us are potential heroes waiting for the right moment to fulfill that potential.  Most heroes are everyday people, not the superheroes we see in movies.  Zimbardo has

begun an ambitious Heroic Imagination Project dedicated to helping all of us become heroes. “By promoting the heroic imagination, especially in our kids through our educational system, we want kids to think, ‘I’m a hero in waiting, and I’m waiting for the right situation to come along when I can act heroically.’”

6.  Use the Power of Small Gestures – A good friend of ours, Paul, tells us that he once hugged a male friend in a grocery store simply because the man looked a bit worn and unhappy.  Later, that man thanked Paul profusely for that hug.  “He said it completely changed his outlook, and maybe even his life,” said Paul.  “He said I was his hero.  It was such a little thing I almost didn’t do it.  I’m so glad I did.”  Simple gestures of kindness can mean the world to someone who is fighting a tough personal battle.

7.  Perform Random Acts of Kindness – In 2000 the movie Pay it Forward resurrected an idea first proposed by the ancient Greek playwright Menander:  If someone has done you a good deed, you can repay the act by performing

good deeds to others rather than to the original benefactor.  Others call it anonymous giving.  You can start a wave of human kindness by helping a student with tuition, raking someone’s leaves, buying someone groceries, paying the highway toll for someone behind you, cooking a meal for a neighbor, etc.

8.  Volunteer Your Time – These last three suggestions focus on serving others.  Your service can take the form of your time.  Spending some loving, caring time with others can be far more meaningful than spending money on them.  Visit a nursing home.  Volunteer to help adults learn how to read.  Spend time with children.  Make someone feel loved today, especially those who are on the fringes of society.

9.  Volunteer Your Talent – Everyone has a talent they can share to enrich the lives of others.  We have a friend who volunteers to play the piano at a retirement home.  Another friend with great empathy and listening skills volunteers to help teenagers who are growing up in troubled homes.  Another friend with good business instincts holds fundraisers and bake-sales for charities.  Make an inventory of your talents and use them to improve the lives of others.

10.  Volunteer Your Treasure – Many of us engage in some form of tithing –

the practice of donating a portion of one’s income to help others in need.  Don’t feel like you need to contribute vast amounts to make a difference.  The aggregation of small amounts from many people can add up and make a significant impact.  Make sure the charities you donate to are worthwhile and well-run.  Charity Navigator can help you make an informed choice.

You don’t need to wear a cape or possess a superpower to make the world a better place.  To perform heroic acts, all you need is the willingness to make some major sacrifice, or even many small ones that add up over time.  Serving others builds relationships, spreads love, and creates a ripple effect.  The remarkable truth about helping others is that it invariably helps us as much, or more, than the people we are helping.  It builds our self-esteem.  That should not be the primary reason for wanting to improve other people’s lives.  But it’s a wonderful side-effect.

We discuss more about heroes and heroism in our book, Heroes: What They Do & Why We Need Them.