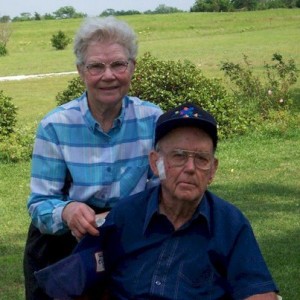 A hero is defined as a person who is admired for courage or noble qualities or is the main character in a book, play or movie who is typically identified with good qualities. A caregiver is defined as a family member or paid helper who regularly takes care of a child or a sick, elderly, or disabled person.  In many cases, the hero and the caregiver are the same person.

Heroism often involves acts of courage. Facing a life of caring for a child with cerebral palsy who will never walk or talk or learn to care for himself takes a different kind of courage than facing the bullets of an enemy, a kind of courage that puts careers, relationships, plans, privacy, and personal lives on hold. Caring for a parent facing the ravages of Alzheimer’s and old age requires the courage to watch helplessly as a loved one slips away, one ability at a time, one memory at a time.

Aunt Fay is a courageous woman. At a time when her five children were grown and gone, and she and Uncle Dean were beginning to enjoy the benefits of an empty nest, she took in her widowed mother and spent the next decade or so caring for the woman who gave her life. Like all heroes, she didn’t count the cost of sleepless nights, cold meals, or missed vacations but rather did what needed to be done for someone who could not help herself. When Aunt Fay could no longer care for Granny Hagan in her home, she chose a suitable care facility and continued to fight for her through the web of red tape and the bureaucracy of aging in our modern society. 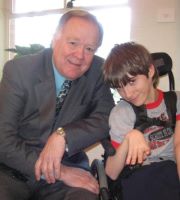 and Aunt Fay became a caregiver again. Once more she dealt with doctors, wheelchairs, baths, medications, insurance, facing it all with grace and nobility.

Jim is my older brother, and one of the things he loves about being older is being a grandpa. He has eight grandchildren, and loves them all dearly, but Kyle is special. Jim was at the hospital when Kyle was born, when he began having seizures, when the doctors examined and tested and announced that he had cerebral palsy. Kyle is now 15, and through the years, Jim has been one of his caregivers, spending as much time with him as possible. There have been times when circumstances separated them by miles, but there has always been a heart connection. Jim has never been afraid of or put off by the messiness of loving Kyle. He dresses him, bathes him, moves him from car to wheelchair to bed, feeds him, always with a good deal of teasing, but also with gentleness and caring.

Becoming a hero or a caregiver is not something a person plans to do. Heroism is often thrust on a person, but caregiving sometimes creeps up on you. Mom began showing signs of memory loss more than 15 years ago. At first it was more a source of irritation 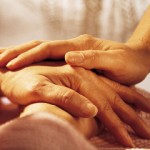 than anything else, but after several years, it began causing problems, especially when Dad started exhibiting some of the same symptoms. I lived close and dropped in often for a visit, so it seemed natural to check on the freshness of the food in their refrigerator or the cleanliness of their bathrooms. Gradually I began accompanying them on doctors’ visits and supervising their daily medications, and eventually they moved in with me. That’s when Aunt Fay and Jim became my personal heroes. She offered wise advice from her own experiences, cried and prayed with me through many crises, and reassured me when I second guessed my decisions. And when I reached critical mass and called Jim to say I can’t do this anymore, he picked up the reins and stepped in as Mom and Dad’s primary caregiver.

Linda Brendle is retired and lives with her husband David in Emory, Texas. She writes about caregiving, faith, and family at http://www.LifeAfterCaregiving.WordPress.com. You can also find her on Facebook (https://www.facebook.com/linda.brendle) and Twitter (https://twitter.com/#!/LindaBrendle).

7 thoughts on “Caregivers: Heroes with a Different Kind of Courage”