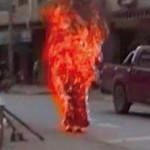 Tibet has produced two very different kinds of hero during the past 60 years. Formerly, the main hero figure for many Tibetans was H.H.D.L. – the Dalai Lama who won the Nobel peace prize and who is currently in exile. Many Tibetans and followers of Buddhism from around the world look upon the Dalai Lama as a role model and knowledgeable advisor — two attributes of a successful hero.  However, in 2011 predominantly, a new type of hero has emerged from Tibet; one of lesser official standing, yet equal in courage.

Throughout 2011, roughly 22 Tibetans set fire to themselves with the purpose of drawing attention to their nations’ predicament.  The majority of these self-immolators were young monks, nuns, and former monks.  They were desperate to get the world’s attention turned upon the continuing suffering within their country, with little thought to their own well-being. 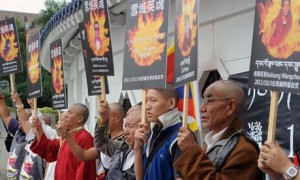 They have faced pain, death, and the possibility of Chinese mistreatment — yet they stood up bravely and heroically for their cause.

Since the Chinese invaded Tibet in the 1950’s, disruptions have continued within the nation. Lay Tibetans are no longer free to practice their religion or culture in peace and safety. Monks and nuns are not free to pray, practice, and study, but are forced to renounce their leader HHDL and endure re-education programs and other forms of ‘patriotic’ instruction. One can be punished, jailed, tortured, or even killed just for adhering to what one believes, if the Chinese do not approve.

After more than half a century of suffering, some courageous Tibetans have stepped forward and self immolated — shouting out their hopes and needs as they do so. Hoping that this will bring action from the outside world, they face the threat of death, willingly. 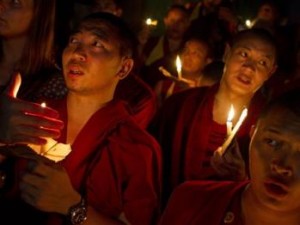 If they are saved from the flames, the Chinese are known to treat them as if they were criminals; they beat them as punishment and prevent onlookers from offering assistance. Many self-immolators are now deceased, while some are hospitalized or imprisoned.

Yet still these brave heroes are stepping forward at a rate of more than one a month.  These Tibetans have fought their own selves to shout out for their country, family and friends, culture, religion, and their freedom.  Their actions are a form of altruistic suicide, intended to better the common good.  These individuals put aside their own comfort and safety to stand up for what they believe in — hoping that the world outside will hear and act.

Here are the names and current condition of those self-immolators now belonging in the ranks of Tibetan heroes.

7 thoughts on “Heroes of a Different Kind”