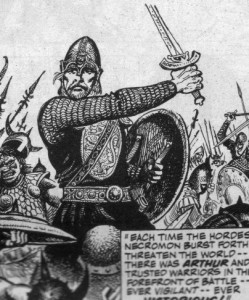 The admiration of heroes is something that comes easy to most. The firefighters and medical personnel who protect your safety and health. The soldiers who defend the borders and protect your way of life. Even the heroics of everyday people who rise to the occasion. Yet ironically, while the picture of a hero is one who defends and protects your well being, we also seem capable to admiring people who, under normal circumstances, would be our enemy.

One of the earliest examples is the legend of King Arthur. In the ancient lore of the British Isles, Arthur was a Briton who defended the island from invading Saxons who had been brought in by King Vortigern. The stories still resonate to this day of a noble and heroic king and his knights fighting a ruthless enemy bent on conquest. Yet this is the irony of the Arthurian myth. A majority of the English who revere King Arthur are in fact descendents of the very Saxons whom he fought.

An even more curious case comes from the time of the Crusades. Starting in 1096 AD Christian Europe started a series of campaigns in an attempt to “liberate” the Holy Land from Muslim domination. It was during their Third Crusade that a Saracen leader by the name of Saladin became known to the West. Born around 1138 Saladin rose to become the Sultan of Egypt, despite being of Kurdish descent, and eventually in 1187 retook the Kingdom of Jerusalem from the Crusaders who had held it since 1099. Usually this would have been enough to insure Saladin’s role as a villain in the West, but instead he came to be looked on fondly by Europe. Tales of his wisdom and compassion seemed to present the picture of a man who lived by the code of chivalry at a time when it was lacking in many European knights. 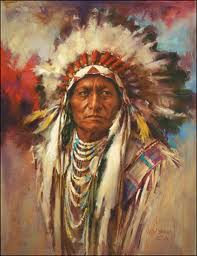 In fact, Saladin came to be more fondly remembered in the West, by the very people he was fighting, than in the Middle East.

Even in modern times there are still examples of individuals who having fought a particular society become celebrities in that very society. On June 25, 1876, a Hunkpapa Sioux chief named Sitting Bull led a combined force of Lakota and Cheyenne against the United States 7th Cavalry at the Little Big Horn river. It was a stunning defeat for the United States and insured that the names of Sitting Bull and Custer would go down through history. Sitting Bull was eventually forced into surrender and later was recruited into Buffalo Bill’s Wild West show in 1884. Less than a decade after Little Big Horn crowds were cheering the man who led the defeat of Custer. After leaving the show Sitting Bull even made a good living selling his autograph. And in later movies he was often portrayed sympathetically.

Why were these men revered by people who under most circumstances should have viewed them as villains? Simple understanding certainly plays some role. Arthur, Saladin, and Sitting Bull were all merely defending their way of life against invaders. It’s hard to criticize anyone for that. But there are likely deeper reasons. An admiration. The myth and romance of the Arthurian tale. The chivalry of Saladin. The underdog victory of Sitting Bull against an overconfident opponent. And perhaps opposing heroes are among the most honest kind of hero. Not people who achieve their notoriety for what they can give us, like protection or conquests. But notoriety for just being who they are.

– – – – – – – – –
The author, Jesse Schultz, has also written entries Merlin: Supporting Hero of Myth and Those Whom We Forget: The Makers of Fire and perversely seeks the admiration of people who don’t like him.