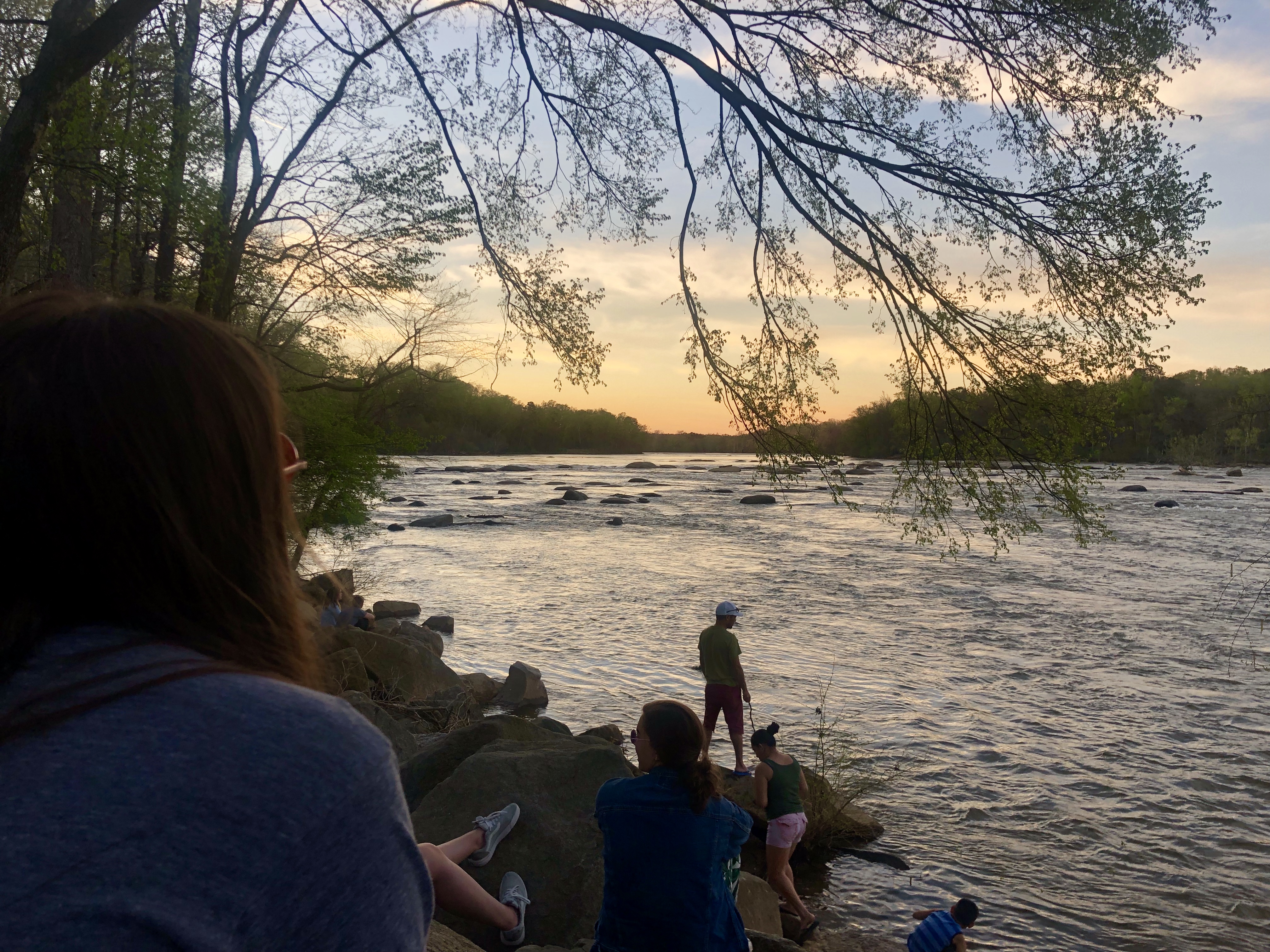 Sunset attracts a crowd of admirers below Pony Pasture Rapids on the James River. (Photo by Gabi Williams)

It was “golden” hour—late on a spring day—and every detail of the James River suddenly seemed radiant and magical in the light of late afternoon. I was walking the riverbank with a young woman named Sally Watanabe, who was telling me why this place, Pony Pasture Rapids, is one of her favorite spots in Richmond, Virginia.

“There are normal people here, not just students,” she says. There’s also a lot to discover. “If you run the trail [southeast] from Pony Pasture, there’s a bridge that goes into the wetlands, which is very cool area to explore. And if the weather is nice, the rocks here are ideal for spending time with my friends.” 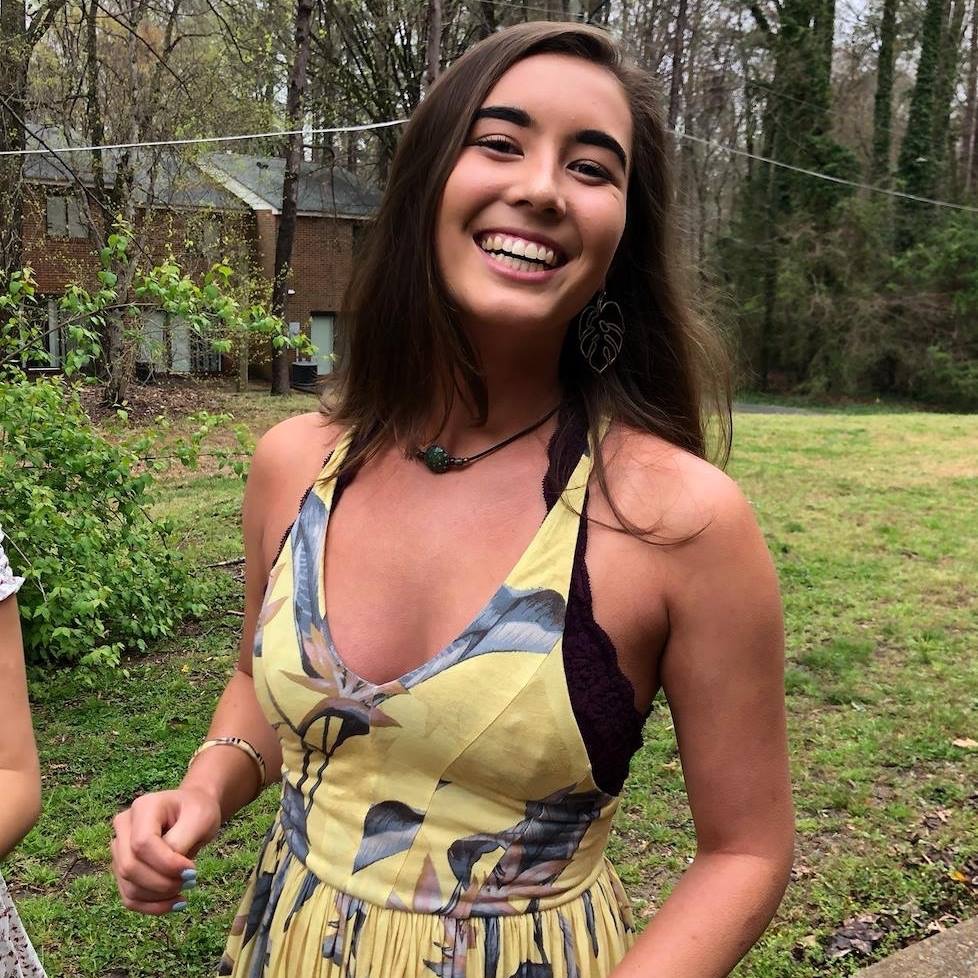 Sally Watanabe, a sophomore at the University of Richmond, feels calmer and more grounded with every visit to the river. (Photo by Gabi Williams)

She also loves the river when she’s alone with her thoughts. As we walked, Sally pointed out details along the trail I might have missed—a particularly interesting outcrop of rock, a tree bearing the mark of long-ago love: a heart and initials carved into bark.

This is just what river lovers had in mind in 1972, when the James River Park System was founded on parcels of land and islands purchased in the 1960s by two self-described “river rats”—Jack Keith and Joe Schaefer—and donated to the city of Richmond for this purpose.

That spirit of citizen stewardship has sustained the park ever since, and today the James River is one of Richmond’s most distinctive natural resources, a haven for people like Sally Watanabe, seeking peace and quiet. Pony Pasture, named for the horses that used to graze here, is one of the park’s most popular destinations.

A sophomore at the University of Richmond, Sally comes to the James River about three times a week, either by herself or with other members of the university’s Outdoor Club. She always goes home calmer, soothed by exercise and the sounds of birdsong and rushing water.

“It’s really the only time I can escape everything going on in Richmond,” she says. “Everything is temporary, and the river has made me realize that. I feel grounded when I come here.” 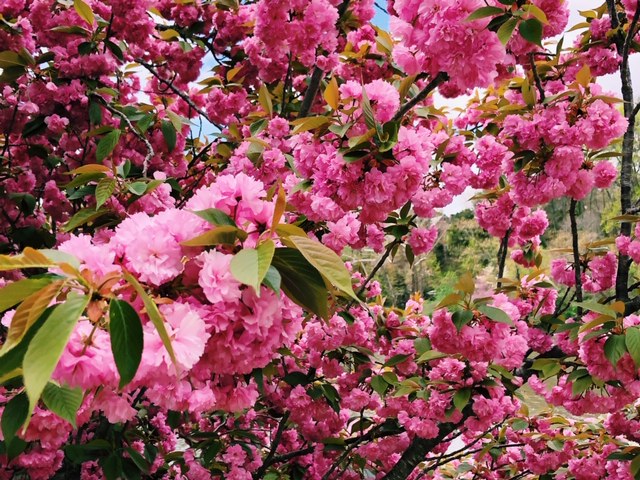 With spring in Richmond, flowering trees along the James River burst into full bloom. (Photo by Gabi Williams)