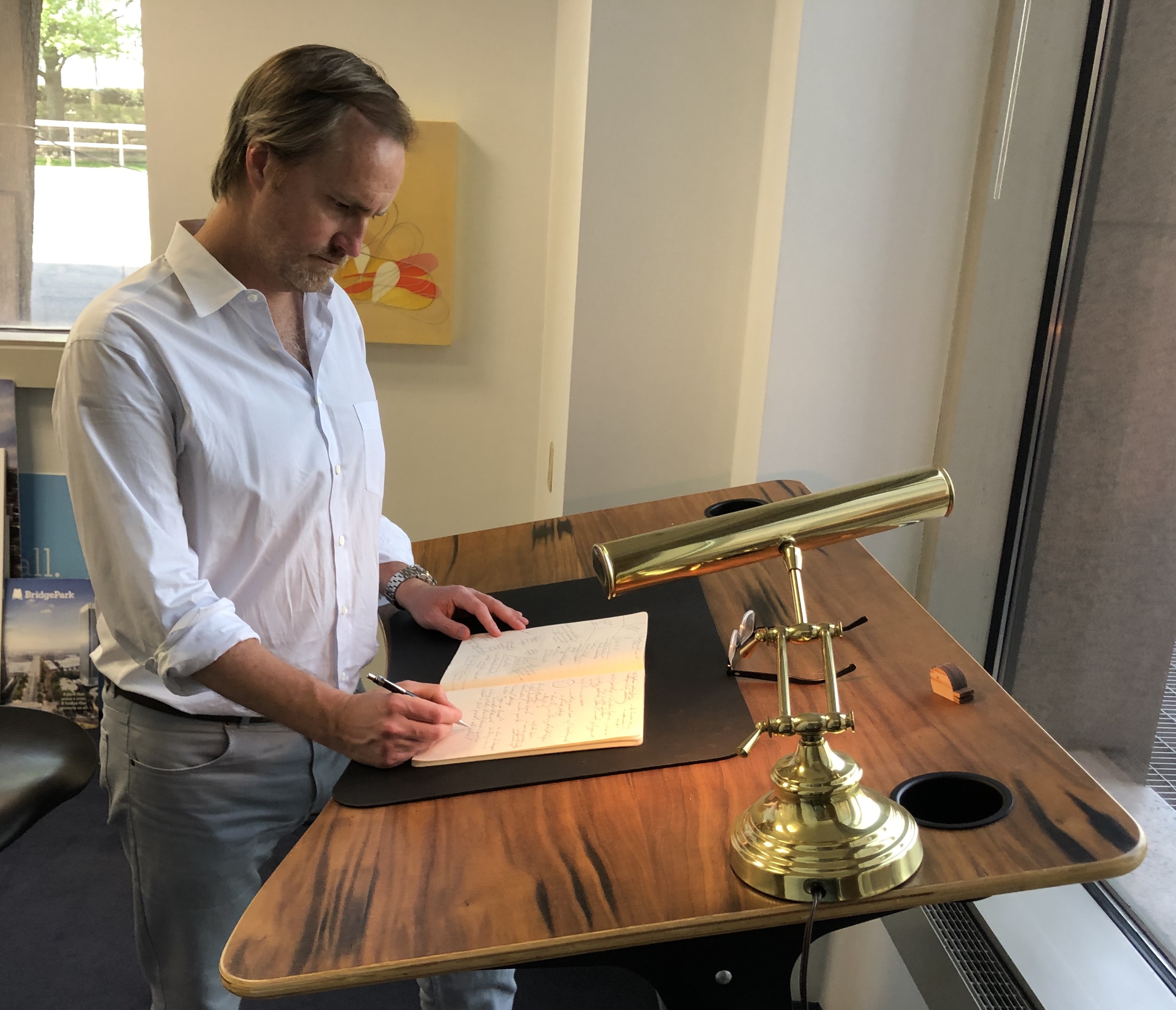 A new way to view the James River

Close your eyes. Now Imagine an elevated, modern park that spans a bridge and two distinct sides of a city with sweeping views overlooking an immensely beautiful river.

Ted Elmore, president of the Richmond BridgePark Foundation, is working to turn that imaginary vision into a reality for Richmonders and tourists alike.

“[Richmond] is called the river city, so the two words should have some relationship to one another,” Elmore said. “River city, to us, means the river is always a part of your journey. Whether it’s on the weekend or during the week, you still have some sense that there is a spectacular river right there.”

Elmore, who was born and raised in Midlothian, Virginia, a close suburb of Richmond, has worked on BridgePark since 2013. The foundation itself and its goal of creating a public gathering space across the James River was actually created by local leaders Ella Kelley and Mike Hughes, both of whom have since passed away, Elmore said.

When discussing BridgePark with Elmore, his six years of work on the project becomes obvious by the detail and energy of his answers. It’s nearly impossible to discern that BridgePark was not originally created by Elmore.

The most accurate, non-digital, rendering of BridgePark is a 28-foot-long model, which happens to sit right outside BridgePark Foundation’s office suite, impossible for anyone walking by to not shoot a glance in its direction.

The carefully-constructed, measured replica shows the plan to repurpose two lanes of the Manchester Bridge, which links downtown Richmond right to the historic Manchester neighborhood, and expanding the western ends of the bridge out to create more park space with trees and other vegetation. The elevated park may also feature art and lounging areas, borrowing inspiration from the High Line in New York City, to enjoy the views of the river, Elmore said.

Additionally, the model outlines a walking route adorned with trees stretching into downtown Richmond until Leigh Street, passing the Capitol along the way, and on the other side into Manchester until Hull Street.

During the beginning stages of BridgePark, Elmore specifically sought the opinions and ideas of the Richmond community in order to create a space that locals actually desired and would use frequently, Elmore said.

Ted Elmore eyes the BridgePark model, with downtown Richmond in the background. (Photo by Jacob Taylor)

“Everything that I have learned about Richmond, about why BridgePark is important and about the river has been from community engagement,” Elmore said. “That community engagement process, to me, has very much informed everything we’ve done in the project now and will continue to do.”

One person who has witnessed a part of Elmore’s process is Max Hepp-Buchanan, director of riverfront and downtown placemaking for Venture Richmond. The two men first met several years ago at Joe’s Inn discussing the initial ideas and plans for BridgePark, Hepp-Buchanan said.

“[Ted] has hosted a number, I don’t know how many now, of public events or things that people would pay a small ticket price to get into to basically hear about the project and hear from the architects,” Hepp-Buchanan said.

Among the many goals Elmore envisioned for the project, he especially noted the importance of using BridgePark to highlight the historic sites in downtown Richmond and Manchester, so those walking along the park route can explore the city’s long history, Elmore said.

Naturalist Ralph White, who served as manager of the James River Park System for over 30 years before retiring from the position in 2013, supports the idea of multiple different park spots along the city’s dual-sided riverfront, White said.

“It is really important to have [parks]; and to the extent that you have a variety of types is fine,” White said. “[Parks are] just different ways to ensure that we provide for a quality of life experience in an urban setting.”

BridgePark, whose motto reads: “A park that spans a river, a bridge that connects us all,” is currently working with five different firms mostly specializing in design, engineering, technology and architecture, as well as a cohort of volunteers doing substantial work on the project, Elmore said. 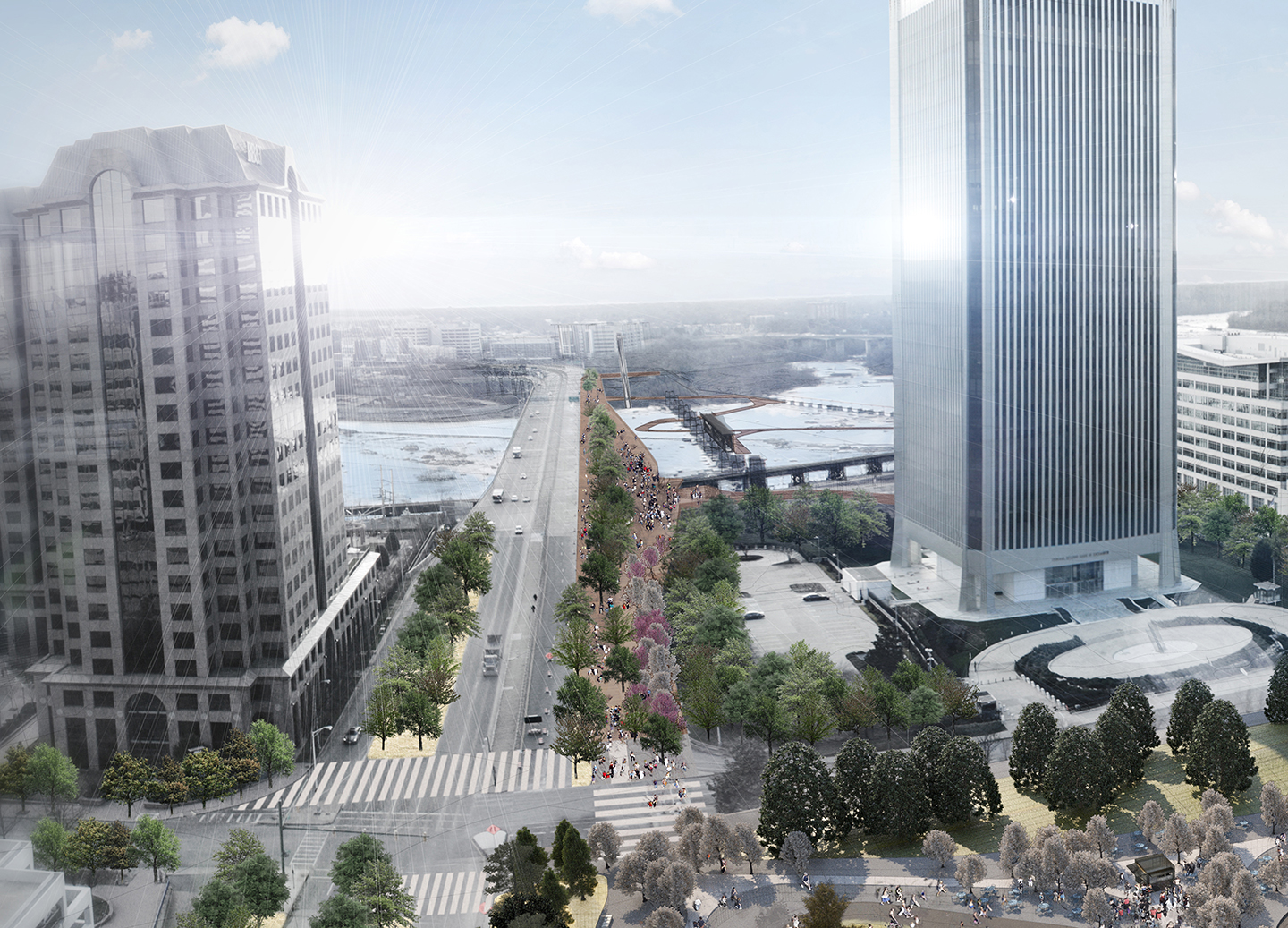 “Richmond is undergoing this extraordinary cultural renaissance,” said Elmore. “This project is very much an outgrowth of that.”