Johnnette Johnson is a rising senior from Marksville, Louisiana majoring in American Studies and French. Though her journey with the Race & Racism Project only began this summer, she has been involved in racial justice and community work since her matriculation at UR. A peer mentor and UR Downtown ambassador, when she’s not on campus or with family she’s out enjoying nature. She hopes to continue doing the work of commemorative justice and collective healing. 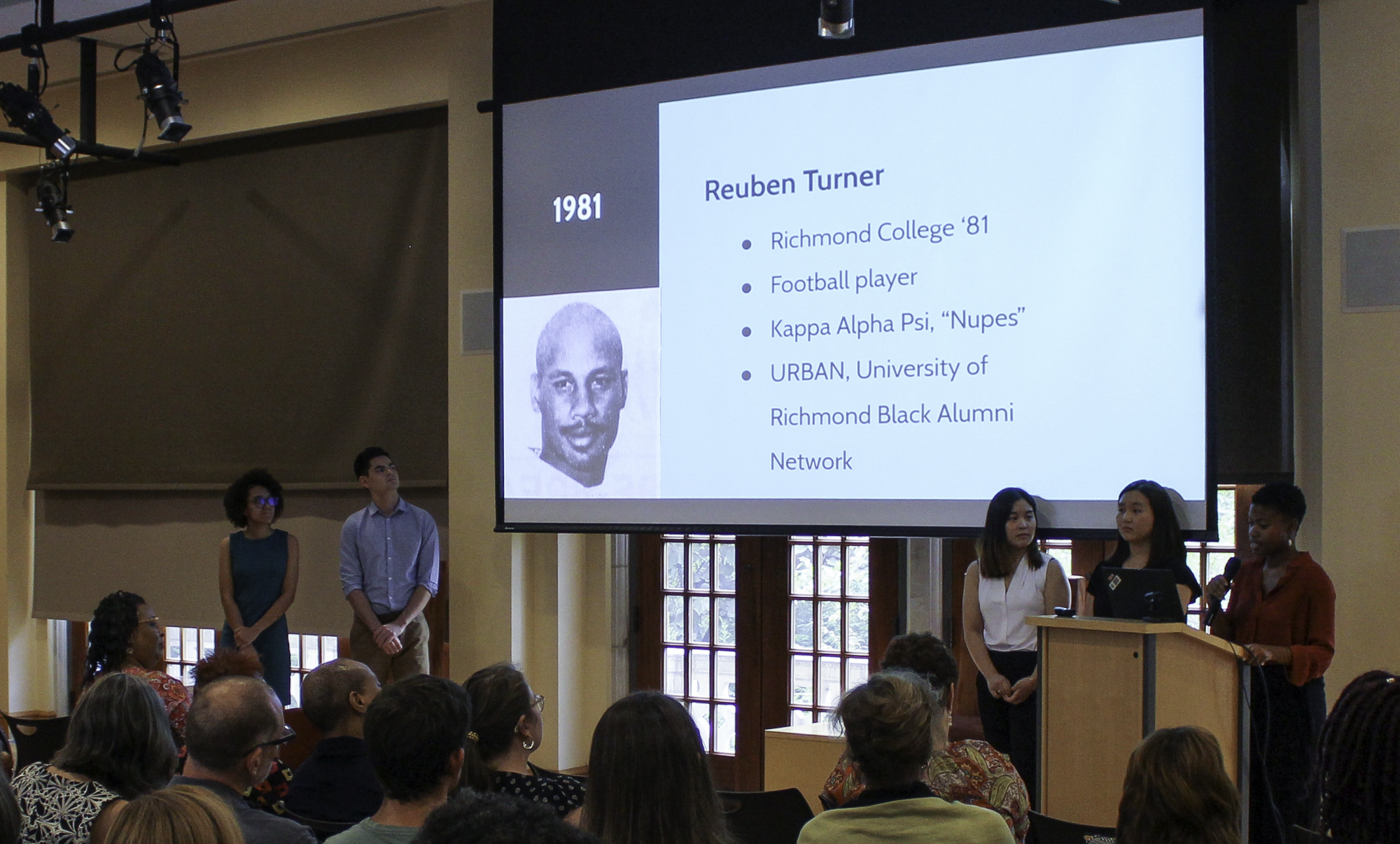 It was nearing the end of June and I knew I needed to finalize a subject for my podcast. Having interviewed two football players, I thought about focusing on that, but I knew I had no real connection to the subject. I juggled with the idea of why there’s no Black Studies program or department, but that sounded like a lot of extra research. I also thought about doing something related to the need for safe spaces for students of color, but I felt I didn’t have the material. But after I sat in on Katina Moss’s interview, I immediately knew what my podcast would be about.

Though my own interviews were over, it was time for me to be the tech person for a couple of my colleagues. My first time being the tech person was with Shira Greer as the lead interviewer and Katina Moss (’95) as the interviewee. It was a two-hour endeavor, and I just sat and listened the entire time. I was intrigued by a lot of things that she said, especially when she started recalling so many encounters that she actively identified as racist at the University of Richmond. Even more than that, she’s one of the first alumni I’ve heard talk about how her experience at the school impacted her mental health and performance as a student as well as that of her close friend.

My own interest in mental health stems from being next to two of my closest friends while they were hospitalized for days. We saw their sickness as a reaction to the school’s toxic environment, one friend having sporadic seizures and another with amnesia-inducing migraines. I myself have also been at the mercy of the doctor when my stress manifested into a stomach disorder. So when Katina Moss mentioned her friend who went through a psychological episode at the university, I could empathize. This truth is one that tugged on my heart strings but felt too heavy to make into a podcast. I also wasn’t sure how exactly to link these instances to racism, so I digressed.

For Katina, it was the microaggressions, the feeling of not belonging, and the absence of a safe space that affected her on many levels. Her academic performance dwindled, her normal drive as a person was stunted, and she found herself doing only what she needed to do to get by. That was her college experience and she wasn’t proud to admit how low she felt her performance had been.

It’s true that blackness is vast. This is something that I remembered after conducting my own interviews with James “JR” Reed and Rueben Turner. But within blackness, it’s also possible to find those uninarratives of truth.

While Katina’s truth is one that is specific to her own experience, what she’s experienced at a black woman as a predominately white institution did not happen in a vacuum. At the exact same time, other black women were living through similar instances of covert racism. What I love about Katina’s narrative, though, is the courage she had to grapple with the reality of her situation. It’s a courage that I wanted to center so that black women at PWI’s today can feel confident in identifying microaggressions and their affect on our lives.

By producing “Distracted and Disturbed” I wanted to create that space that Katina remembers not having at the University of Richmond. An open space where people of color can feel encouraged to grapple with the residual effects of being in a place like this.