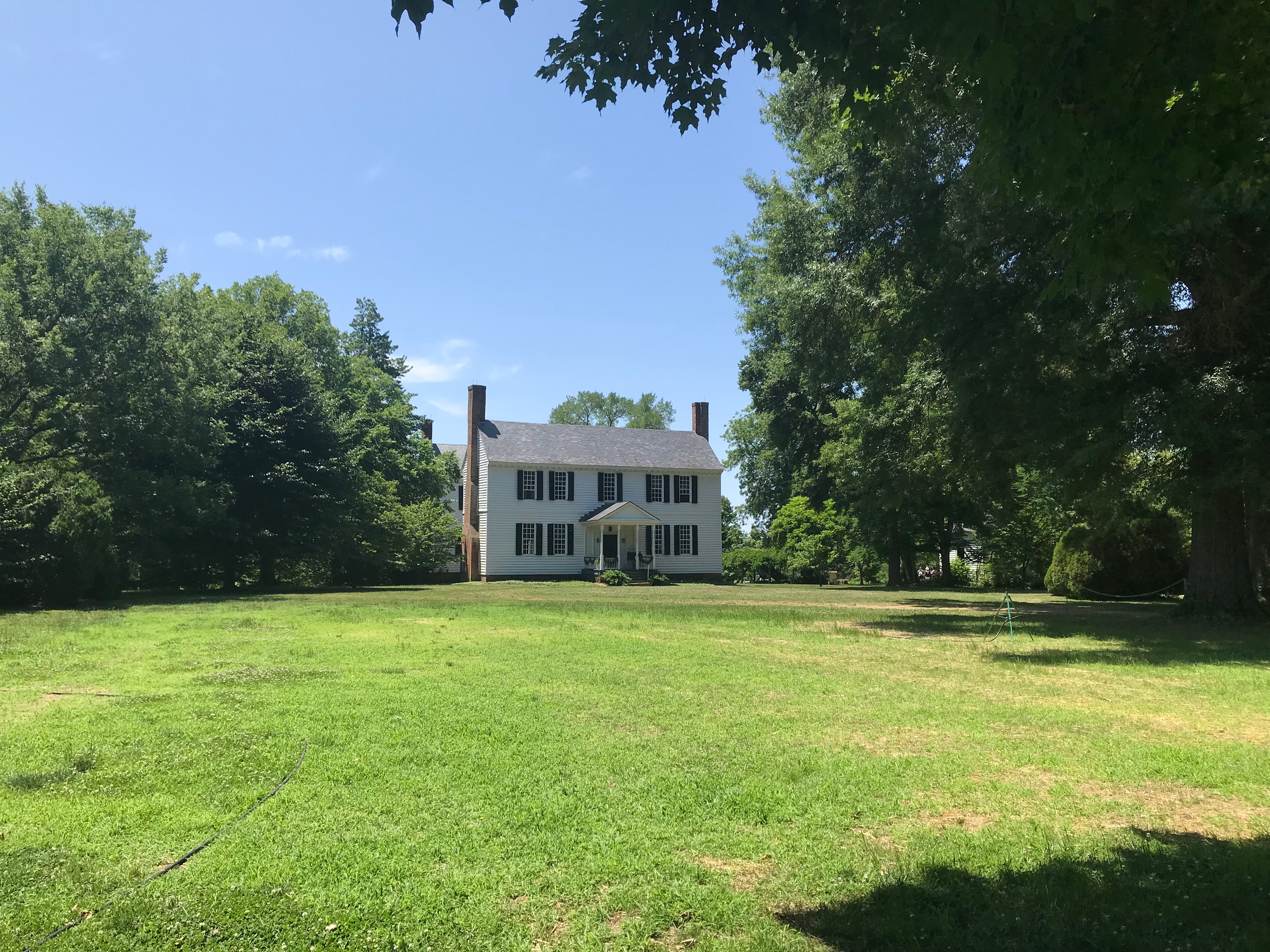 Coming from Williamsburg, VA, I’ve taken my fair share of plantation tours. On the way to Tuckahoe Plantation, which is 14 minutes from the University of Richmond, I expected a familiar setup. Particularly, I anticipated any information on the plantation’s enslaved Africans to be part of a self-guided grounds tour, fed by a few words acknowledging their presence on a sign or two. Tuckahoe provided even less than this bare minimum that I’d expected. Maybe, though, their silence says more than anything about how plantation tours treat the history of enslavement.

In our Tuesday morning tour group at Tuckahoe, there were three of us from the Race & Racism Project and a women’s church group. We came to find out that many of these women were Westhampton alums, and most if not all had some familial connection to the University of Richmond. I think that the all-female makeup of our tour group had some effect on the stories our guide told us, as they were almost all about white women.

The stories told on the tour were of headstrong Southern belles and homegrown Southern hospitality. As we stood under the front portico, our tour guide introduced us to the house with the story of the Civil War-era family matriarch who, upon hearing the Union army was ransacking neighboring plantations, came out in her finest dress to greet the general. It turned out that this general had been in many of the same social circles as her before the war, and stayed for tea before leaving Tuckahoe be. This maneuver was one of many that had allegedly saved the plantation from destruction. Every other room seemed to have another story of a white woman’s comical stubbornness that protected that room’s decorative comforts, whether the pigment of wall paint, a fireplace’s trim, or the wood paneling in the foyer. This script was broken, however, when we reached the final room in the house.

Next to a pale-painted dining room, our tour guide told us the only story about Tuckahoe’s enslaved workers that we would hear inside the house. She described the house’s dumbwaiter system, which carried food to the dining room from the kitchen below it, and explained that the family’s food was prepared by enslaved Africans. This information was presented, however, to tell another story about the white family that lived at the plantation. The family cased its dinner plates with pewter covers and forced the kitchen workers to whistle as they left to ensure no food was stolen. At this story, the tour guide and most of the church women in our tour group laughed. It was told for comic relief rather than as an account of surveillance and control, and it was the only representation that the home’s enslaved Africans had in the house tour.

After walking out of the house and hearing a bit about the films and shows that had been shot there, our guide offered to lead us around the grounds because she had free time. This allowed us to get her interpretation of “Plantation Street,” which was the site of three former quarters for enslaved Africans. 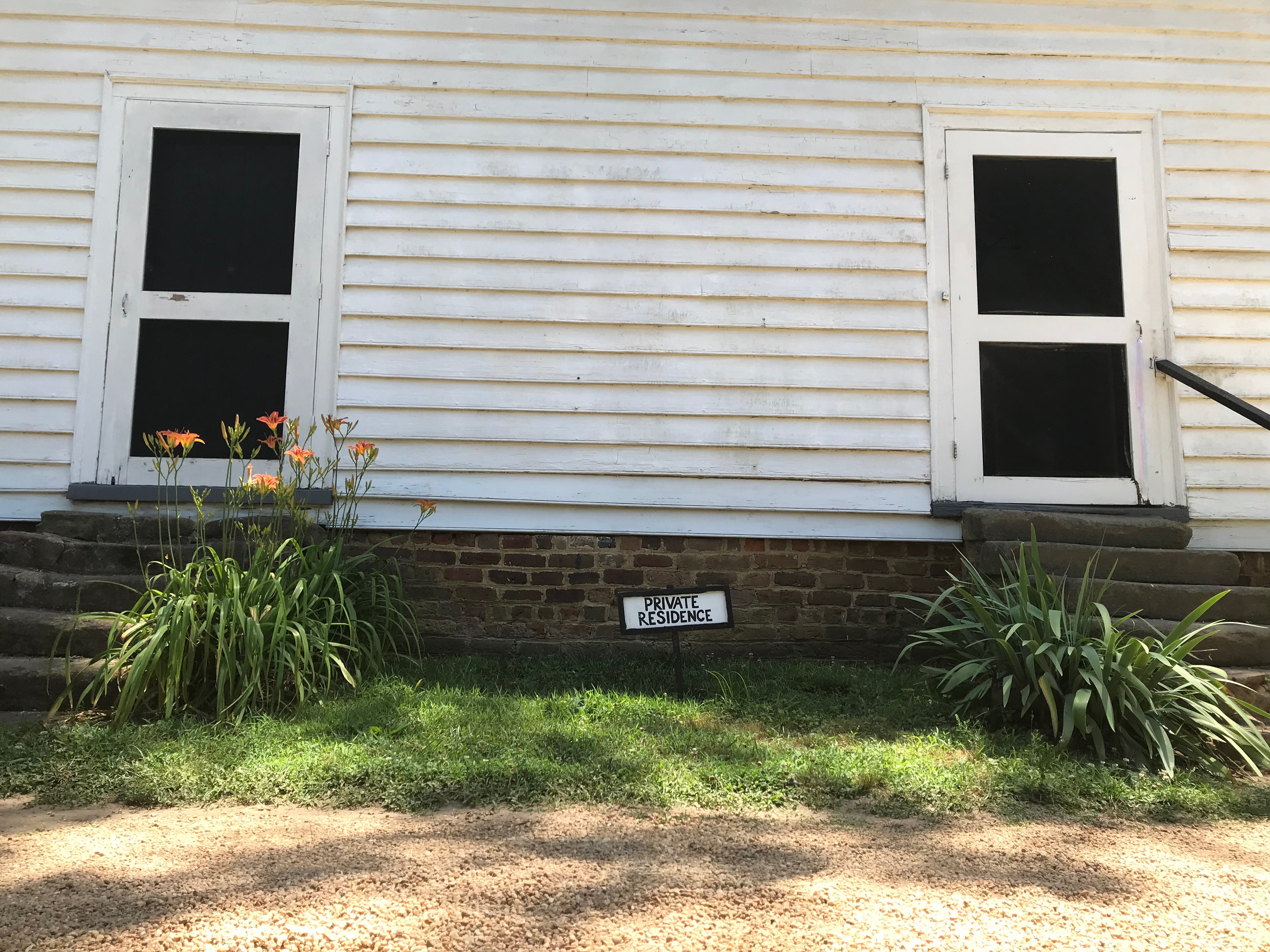 There are three former slave quarters still standing, and they are currently being used as lodging for workers, family of Tuckahoe’s current inhabitants, and, allegedly, the occasional Airbnb user. As far as information on the enslaved Africans goes, we were told that most of them had actually lived closer to the river and fields, and it was speculated that they had been buried near there as well. However, there had not been any further inquiry into what may be below the grass. The quarters we saw were for the enslaved Africans who worked in the house, including the kitchen workers that were constantly suspected of stealing. Aside from that, almost nothing was known about these people. The conversation of the tour quickly switched to questions about where the house’s current inhabitants live. They live in that “below” that the guide had mentioned earlier, the workspace of the enslaved Africans who worked in the home.

All of the spaces that Tuckahoe Plantation’s enslaved African population once occupied are now lost to history. While the rest of the house is preserved and its immaculate historical preservation is bragged about, the Plantation Street quarters and basement are now used as living spaces for modern white inhabitants. These formerly black places have been repurposed and de-historicized to eliminate the other half of Tuckahoe’s narrative. Further, the site of the field quarters and burial grounds is totally clear now, and the average guest to Tuckahoe is probably not told of what used to lie there. The house’s website actually has a heading called “Slavery at Tuckahoe” that addresses how little is known about the enslaved Africans of Tuckahoe. Still, the only representation that they get in the typical house tour is when they’re the butt of a cruel joke. Their absence from the tour narrative is swept under the rug and protected by a lack of information. From what I observed, it doesn’t seem like Tuckahoe is looking for more.