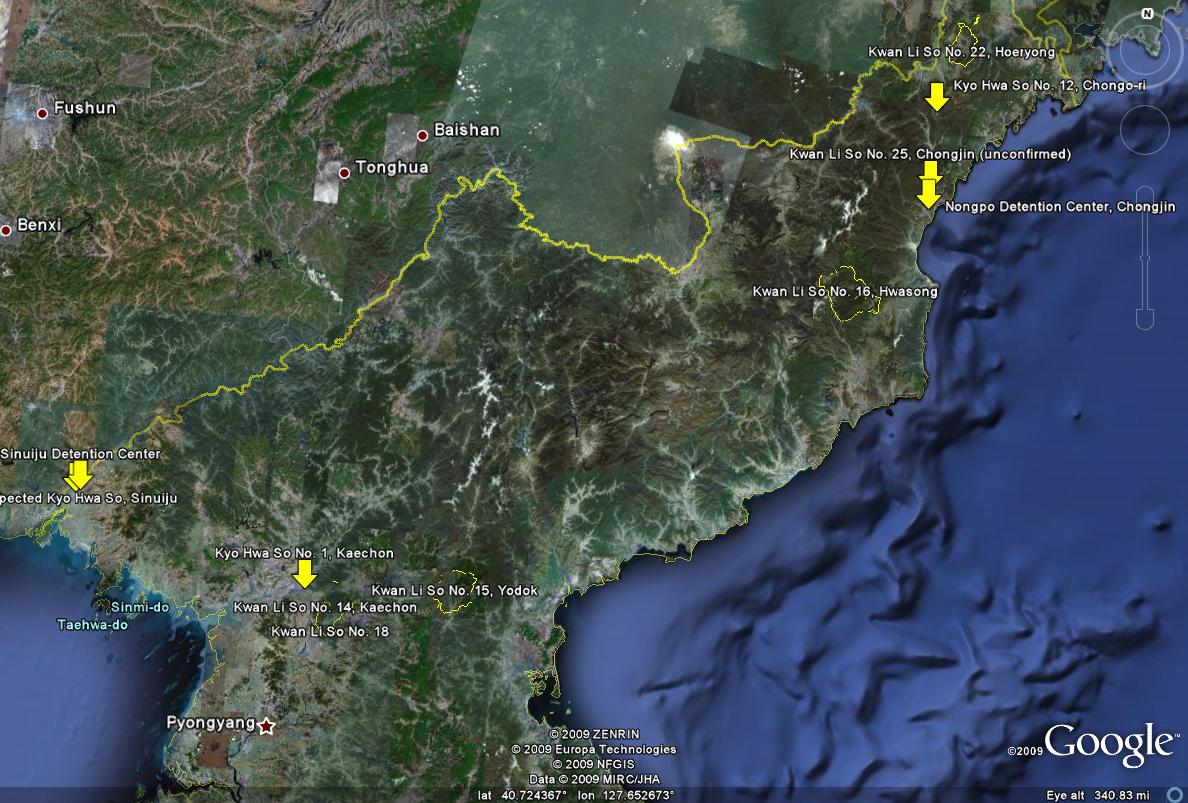 The Committee for Human Rights in North Korea and other human rights activist groups have used the satellite software, Google Earth, to locate North Korea’s concentration camps. The Committee for Human Rights in North Korea estimates that approximately 120,000 people are held in government owned-military operated concentration and detention camps. In this series of maps of North Korean, different maps show satellite views of the camps, bird’s eye view of the camps, and also the location of nuclear test sites in close proximity to camp sites. It is believed by many activists that prisoners in these detention camps are forced to work in dangerous conditions such as nuclear testing sites and mining for up to 16 hours per day.

-Travis and Avery
This entry was posted in Uncategorized. Bookmark the permalink.