The Nuclear Club Round Up 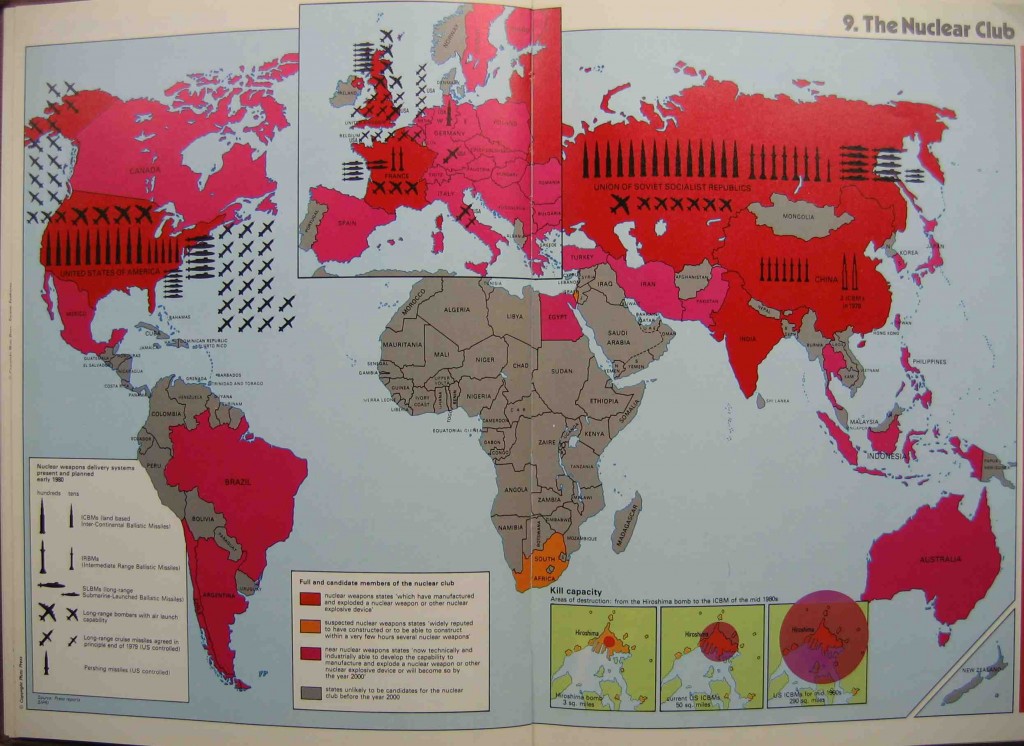 In the advent of the nuclear age, Kidron’s map of doom intends to terrorize its audience. A perhaps exaggerated take on the 1981 world nuclear arsenal, this map makes no attempt to sugar coat the fact that nuclear war would destroy our world. Offering us no solution to the mess, Kidron seems satisfied to simply point fingers at the superpowers. For emphasis, the blast radii of early and later bombs are displayed beneath the map. The bombs so devastating as to end a world war become dwarfed by the modern ICBM. A visible tension among continents borne by vivid red tones and weaponry spilling across oceans presents both a mutually assured destruction, and the gridlock associated with an intractable conflict. Kidron was not only a publisher, but an economist as well, who argued that state spending on arms was a burden on capitalist expansion, and wanted to illustrate that point to readers. He incorporates subtle economic aspects into the map, such as the expansive stockpile of weaponry coupled with a hefty price tag, intended to alert readers of just how costly this endeavor may be. With the projected future of nuclear programs across the globe, one might only wonder how the world could ever turn back. Nuclear technology cannot be undiscovered, but will their horrific power be enough to quash any prospect of future use?

1 Response to The Nuclear Club Round Up