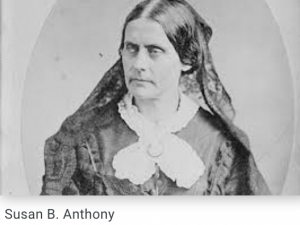 “Every society honors its live conformists and its dead troublemakers.” — Marshall McLuhan

In one of our recent books, we introduced the term heroic lag, referring to heroes being ahead of their time, and society resisting the hero – at first. There are many examples of a hero championing ideas that are so radical that the hero is initially seen as a villain but then later viewed as a hero.

During the 19th century, Susan B. Anthony was reviled for promoting women’s suffrage and is now a cultural icon. In the early 1960s, Martin Luther King, Jr., was despised by most of America for leading the civil rights movement, yet now we have a holiday honoring his accomplishments.

The Black Lives Matter movement, established in 2013 in response to police shootings of unarmed Black citizens, was unpopular among mainstream Americans for years. In May of 2020, the brutal murder of 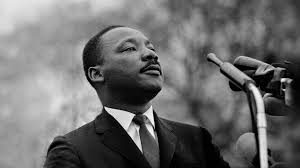 George Floyd by a Minneapolis officer, captured on video, seemed to represent the tipping point in public opinion. By June of 2020, support for the Black Lives Matter movement had reached 76 percent of Americans. This number was a significant departure from 2013 when a majority of voters disagreed with Black Lives Matter.

We’re also witnessing a rise in public approval of Colin Kaepernick, who for years was widely condemned for kneeling during the playing of the American national anthem. Heroic lag seems to have run its course, as the NFL is now embracing Kaepernick. In a video released in June of 2020, NFL commissioner Roger Goodell said: “We, the National Football League, admit we were wrong for not listening to NFL players earlier and encourage all to speak out and peacefully protest. We, the National Football League, believe black lives matter. I personally protest with you and want to be part of the much needed change in this country.”

Heroes are ahead of their time, and history has shown that almost all people ahead of their time are vilified, and often even assassinated. The dark period of heroic lag cost the lives of Jesus, Gandhi, and Martin Luther King, Jr. It can take years, even generations, for the general public to catch up to the level of moral development of a heroic prophet.

In a perfect world, there would be no heroic lag. A new, good way of doing things would be proposed and people would accept it. 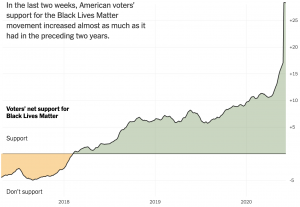 But a sad truism in psychology is that people resist change, especially any change that threatens one’s ego or one’s tribe.

Heroic lag appears inevitable in any system in which there is some uncertainty about truth and objective reality. In 1954, social psychologist Leon Festinger was argued that in the absence of objective reality, social reality becomes paramount. Social reality, however, is vulnerable to distortions, biases, emotions, and motivations, making it slow to evolve.

But we can take heart in a great truth articulated by Martin Luther King, Jr., who once observed that “the arc of the moral universe is long, but it bends toward justice.” We can be reassured that despite heroic lag, the moral truth of a heroic principle eventually becomes acknowledged and revered.

But there is a great cost to heroic lag. Good people die and society suffers great losses before a heroic ideal gains popular acceptance. Heroic lag is fed by psychological and structural barriers to progress. The American two-party system creates an ingroup versus outgroup mentality in which one’s party affiliation often determines one’s position on the issues. Tribal delineations are rarely a good route to resolve ambiguity. Such delineations only increase heroic lag and prolong cultural suffering.