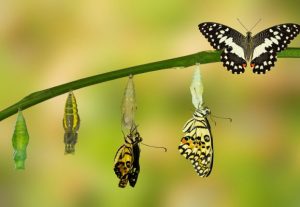 A central part of Joseph Campbell’s (1949) genius resided in his ability to see a universal journey among all the great heroes of mythology across the globe and throughout all time periods in human history. Swimme and Tucker (2011) take this universality to its furthest extreme in suggesting that the hero’s journey and the human journey – which are arguably one and the same – represent a microcosm of the journey of the entire known physical universe.

They propose that “the universe is best understood not as discrete incidents of evolution, but as a whole unfolding dynamic and developmental process, which is like a story” (Mowe 2017, p. 48-50). Swimme and Tucker boldly set out to “create a new genre of a fusion of science and humanities”:

“We’re not looking at science as just facts or numbers or equations or graphs, but science in relation to the humanities – literature, history, art, music, philosophy, and religion and so on. These are the disciplines that have tried to understand how humans have lived in the past and how might we live more integrally in the future. So Journey of the Universe is a conscious fusion of fact, metaphor, and meaning.”

Swimme and Tucker (2011, p. 15) first examine the origins of the physical universe, including the Big Bang and the creation of galaxies and solar systems. Patterns among physical entities, both immensely small and infinitesimally small, 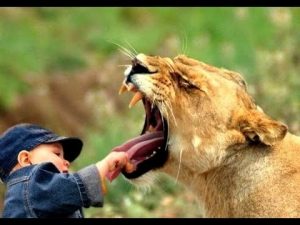 show emergent qualities that are reminiscent of the hero’s journey — birth, expansion, calamity, contraction, and then repetition of the cycle. The authors argue that the universe’s “overall journey depends, in critical moments, upon the transformations taking place in the microcosm.” These transformations, moreover, show the same tendencies toward integrated wholeness that every hero shows on the classic journey: “To commune may be one of the deepest tendencies in the universe.” (p. 51).

The Universe is drawn toward learning, growing, and truth-seeking, with the ultimate truth pointing toward wholeness: “The ancient process of evolution can be understood as a higher-level form of ‘learning’” (p. 60). For example, the entire process of adaptation and memory in animal life is responsible for the ability to turn breath into energy and to transform food into flesh. “Life adapts. Life remembers. Life learns” (p. 61).

This inherent drive to learn is the key toward achieving wholeness and communion. According to Swimme and Tucker, “Humans have at their disposal vast storehouses of learning accumulated and refined over millennia in written and oral traditions. There is little validity to the idea that humans are isolated individuals, for each of us arises out of an ocean of experience and understanding acquired by our species as a whole.” (italics added, p. 90).

The pervasive rhythmic cycle of nature, especially that of expansion and contraction, ensures that death and life form an intelligent whole. Swimme and Tucker (2011) review many recurring patterns of growth and development in the physical universe that map onto patterns 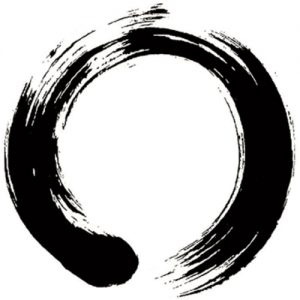 found in humanity. The authors pose a number of questions: Does deep geological and cosmological time offer us useful insights into human meaning and purpose? How can the rhythms of the physical world inform us of our own human destiny? “Can it be that our small self dies into the large self of the universe? Are our passions and dreams, as well as our anguish and loss, woven into the fabric of the universe itself?” (Swimme & Tucker 2011, p. 69).

These ideas are reminiscent of the ancient Greek notion of sympatheia, which refers to the phenomenon of all beings on earth and in the heavens as inextricably linked together to form parts of a whole. Sages over several millennia have sensed the centrality of sympatheia in the cosmos, and Swimme and Tucker (2011) invoke Zhang Zai’s Western Inscription from the 11th century as one telling example:

Heaven is my father and Earth is my mother and even such a small creature as I finds an intimate place in their midst. Therefore that which extends throughout the universe I regard as my body and that which directs the universe I consider as my nature. All people are my brothers and sisters, and all things are my companion.

This conceptualization of the universe is consistent with some physicists’ argument that the physical universe operates like a neural network, a Matrix-like computer system that operates similar to a human brain.

Swimme and Tucker (2011, p. 109) suggest that the human journey is a product of deep time, originating with the Big Bang and marked for eternity. “We can begin to reflect on the way in which time, in a cosmological sense, is the creativity of the universe itself… We live not in any mechanical time but in this enveloping cosmological time. We live in that time when Earth itself begins its adventure of conscious self-awareness.”

Swimmer and Tucker (2011, p. 112) further suggest that our purpose may be “to drink so deeply of the powers of the universe that we become the human form of the universe.” Human beings may be answering a call to “become not just nation-state people, but universe people…. knowing how we belong and 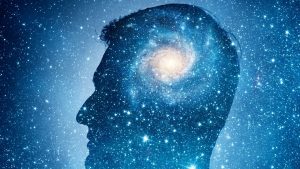 where we belong so that we enhance the flourishing of the Earth community” (p. 113). Swimme and Tucker then make the leap from the universality of the journey to human well-being. First, the authors emphasize the centrality of storytelling in mapping out the realities of the physical universe as well as the human world. “We have discovered the ongoing story of the universe, a story that we tell, but a story that is also telling us” (p. 114).

According to the Swimme and Tucker, the Earth has given rise “to the possibility of an empathetic being who could flow into and become one with the intimate feelings of any being. Our human destiny is to become the heart of the universe that embraces the whole of the Earth community… That is the direction of our becoming more fully human” (p. 115). From this perspective, the connection to well-being is a logical one: “Our human role is to deepen our consciousness in resonance with the dynamics of the fourteen-billion-year creative event in which we find ourselves…. Our role is to provide the hands and hearts that will enable the universe’s energies to come forth in a new order of well-being” (p. 117).

All heroes begin their journey missing an important inner quality that they must either recover or discover during their heroic quest (Allison & Smith 2015). Swimme and Tucker (2011) propose that creativity may be humanity’s missing inner quality. Their analysis implies that life on our planet has always been on a hero’s journey and that it has relied on extraordinary creativity for survival and well-being:

“We find ourselves inside an amazing drama filled with danger and risk but also stunning creativity. Two billion years ago, when the [Earth’s] atmosphere became so filled with oxygen, all of life was deteriorating. The only way for the life of that time to survive was to burrow deep into the mud at the bottom of the oceans. The future of Earth seemed bleak. And yet, in the midst of that crisis a new kind of cell emerged, one that was not destroyed by oxygen, but was in fact energized by it. Because of this miracle of creativity, life exploded with an exuberance never seen before…. It is the nature of the universe to more forward between great tensions, between dynamic opposing forces.” 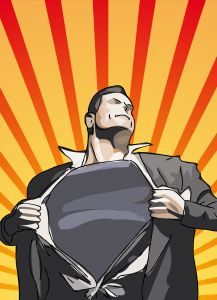 “can be seen as mind-set, a collection of attitudes about helping others in need, beginning with caring for others in compassionate ways, but also moving toward a willingness to sacrifice or take risks on behalf of others or in defense of a moral cause” (p. 111). From this metaphorical perspective, unleashing the heroic imagination involves igniting people’s drive to create the best life for themselves and others.

Such heroic imagination implies creativity borne of non-dual thinking (Rohr 2009) and transdisciplinary thinking (Efthimiou 2017a, 2017b; Efthimiou & Allison 2017). Swimme and Tucker (2011) have extended this metaphor of imagination to include the idea that it is embedded in the universe. As products of the universe, the human race has a built-in predisposition toward fulfilling its heroic personal imperative to imagine and create heroic growth for each individual, for all of humanity, and for the planet and cosmos in which we live.

Leading scientists are coming to embrace this direction of the universe. Celebrated physicist and mathematician Freeman Dyson once observed: “The more I examine the universe and study the details of its architecture, the more evidence I find that the universe in some sense must have known that we were coming.”

Astrophysicist Neil deGrasse Tyson, moreover, has said: “We are part of this universe; we are in this universe, but perhaps more important than both of those facts, is that the universe is in us.”  The journey we’re all on is the universal journey.

Efthimiou, Olivia. 2017b. “The Hero Organism: Advancing the Embodiment of Heroism Thesis in the 21st Century”. In Handbook of Heroism and Heroic Leadership, edited by Scott T. Allison et al. New York: Routledge.