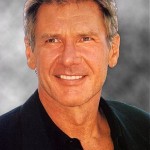 There is a scene in Harrison Ford’s recent movie, Cowboys and Aliens, that nicely sums up his legacy as a legendary hero in motion pictures.  Prior to this scene, Ford’s character, Woodrow Dolarhyde, has been shown to be a rather unsavory character.  We see him as a ruthless cattle rancher who mistreats anyone standing in his way.  But now aliens from another planet threaten the world, and to defeat the aliens, Dolarhyde must cooperate with the chief of the Apache Indian tribe.

At first, the chief refuses to work with Dolarhyde.  But an impassioned speech given by Dolarhyde’s adopted Native American son, Nat, turns the tide.  Nat informs the chief of the heroic side of Dolarhyde’s character that we, the audience, haven’t seen.  Nat tells the chief that Dolarhyde saved his life as an infant, raised him, and infused him with love and wisdom.  Dolarhyde, exclaims Nat, is a man of action, integrity, and fearless leadership.

During Nat’s speech the camera zooms in on Harrison Ford’s face.  It is filled with Ford’s trademark emotional intensity.  An inescapable truth is made clear.  Despite appearances, Dolarhyde is the same hero that audiences have come to expect from Harrison Ford’s characters for almost 40 years. 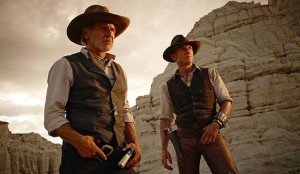 He’s rougher around the edges than usual, but he’s tough as nails and will triumph over any adversity.  At this point in the movie, we pity those poor aliens who may be centuries ahead in technology but have crossed the wrong man in Harrison Ford.

Back in 1977, Ford’s breakthrough movie was Star Wars, in which he played the affable hero Han Solo.  He became a mainstay in the Star Wars sequels, and if one blockbuster movie franchise wasn’t enough, Ford also played the hero in the Indiana Jones movie franchise.  He then carried yet another movie franchise playing Jack Ryan, a CIA intelligence officer, in movies based on Tom Clancy’s spy novels.  Along the way, Ford was the hero in other wildly successful movies such as The Fugitive, Blade Runner, Witness, Air Force One, Sabrina, and Frantic.

Ford welcomed the Cowboys and Aliens role because it provided an opportunity for him to depart from his usual role of the hero with impeccable character.  When he read the script, Ford said, “I began to see an opportunity to play a different kind of character than I’m used to. To enjoy the pleasures of having a character where you don’t have to have anybody like you. He’s the richest man in town. 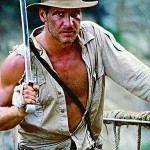 He’s the most powerful man in town. He’s arrogant. He’s contentious. There’s no sign of Mrs. Dolarhyde. She must have fled a long time ago.”

We hope we’re not giving away the movie’s ending by stating that Harrison Ford, a mere 19th century cowboy, crushes the technologically sophisticated aliens in Cowboys and Aliens.  Did you expect anything different?

In our book on heroes, we describe the mental checklist that people use to determine whether someone they encounter is a hero.  For better or for worse, the physical appearance of a person is crucial – is the person tall, rugged, and good-looking?  Is the person charismatic?  Is the person selfless, smart, and courageous?  Does he show remarkable resilience in vanquishing the enemy? On screen and in virtually every one of his movies, Harrison Ford somehow meets every criterion on the mental checklist with almost effortless ease.  He may be the purest hero in the history of Hollywood.

Below is a clip from an interview with Harrison Ford about his role as Woodrow Dolarhyde in Cowboys and Aliens.