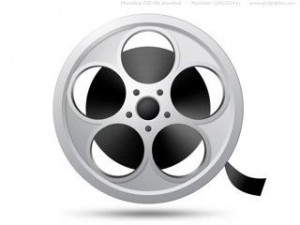 My good friend Greg Smith and I have two things in common:  We love heroes and we love movies.  Greg is an expert in fictional writing and character development in storytelling.  I’ve been studying heroes for more than a decade and have published many books on the subject.  And so by establishing ReelHeroes.net back in 2013, Greg and I found a way to combine our interests and our expertise.

What is the mission of ReelHeroes.net?  Our goal is to critique the heroic characters in recent and classic movies.  Typically, movie reviewers focus on the quality of the movie.  We do that, too.  But we’ve found in our research that people need heroes.  Hero stories are psychologically important to us.  These tales educate, they inspire, and they entertain.  And the typical hero journey follows a classic pattern and a series of stages that are characteristic of all hero stories throughout the ages.

When movie-makers acknowledge these patterns, we usually get a satisfying movie-going experience. But when they ignore these ancient, time-honored paradigms, the story usually falls flat.  So at ReelHeroes.net, we’re not only be able to tell you if a movie was good or bad, but we can also pinpoint where the hero-storytelling was good or not so good.

We base much of our hero analysis on the work of Joseph Campbell, 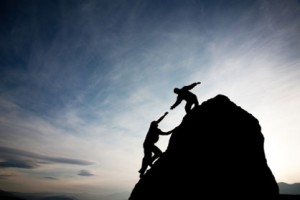 a comparative mythologist who detected the following pattern in all hero stories:

(1) The hero starts out in a safe, familiar world.

(2) The hero is summoned, either willingly or unwillingly, into a new, dangerous, unfamiliar world.

(3) The hero is charged with some goal or mission.

(5) The hero then overcomes some missing internal quality to attain the goal.

(6) The hero is transformed significantly and returns to the familiar world.

(7) The hero then delivers the meaning of the journey.

Greg has used this pattern extensively in Agile Writers to help his students compose effective and entertaining novels.  In the past few years, he’s helped people compose over a dozen first drafts and several self-published books.  They’ve all relied on these tried-and-true stages of the hero journey.  Two members of the Agile Workshop have been nominated for the coveted James River Writer Best Unpublished Novel Contest.

At ReelHeroes.net, we  sometimes refer to other models of heroism in our reviews.  Paul Moxnes has a model based on family structure, arguing that heroes emerge within a family hierarchy (e.g., Fathers, Mothers, Sons, Daughters, Servants, etc).  In our own research on heroes, we’ve found that heroes tend to possess The Great Eight characteristics.

We’ve reviewed over 350 mainstream movies that people who appreciate heroes will want to see. We even occasionally review old classic movies with an especially strong hero story. We’ll avoid genres such as horror or slapstick comedy (although we confess to being avid Three Stooges fans). We love to review bad films as much as good films because it gives us a chance to see where the artist deviated from the acknowledged structures — and wonder how in the world did this film get made!

So join us as we explore the hero journey in action on the big screen.  We use the word “action” deliberately, as the work of any good hero involves acts of good deeds.  As Robert Downey, Jr., once observed, “Hero is not a noun, it’s a verb.”